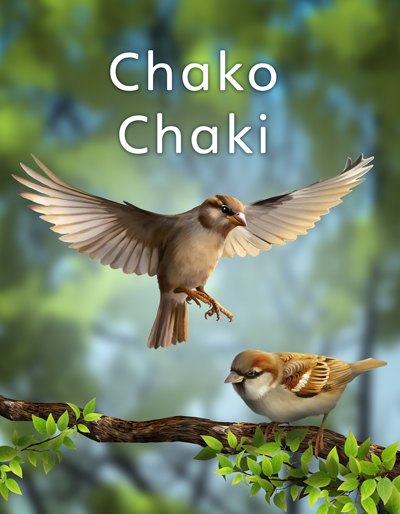 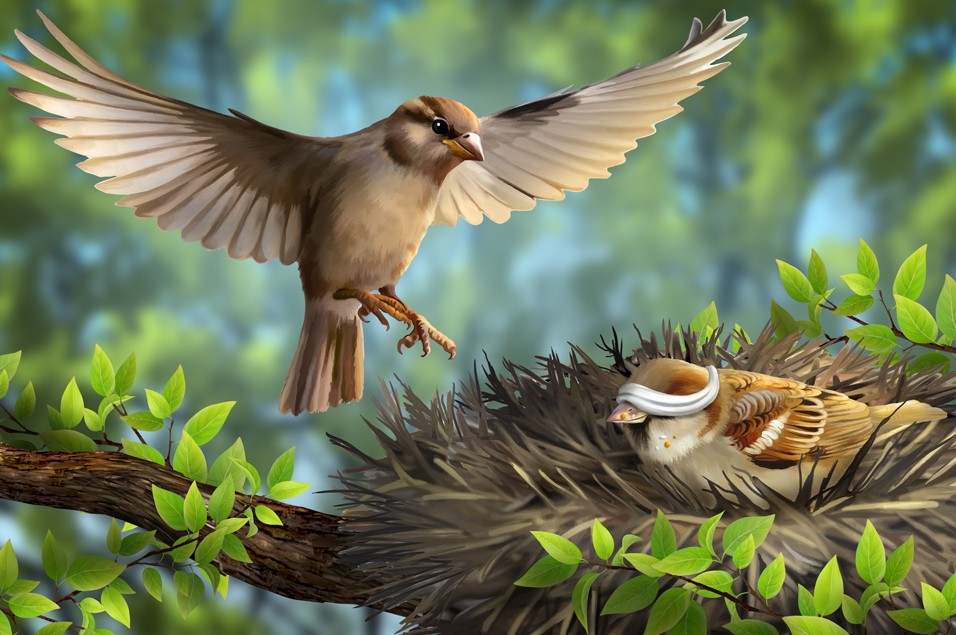 There was once a male sparrow and female sparrow who lived together happily. They jumped from one branch to another and flew freely. With team work, they built a nest for themselves and made their home ready.

One day, the female sparrow brought rice and the male sparrow brought lentils. He cooked Khichdi – an Indian dish made from rice and lentils – while she went to refill the water. She told him to wait and they would enjoy the meal together but he ate all the Khichdi and tied a cloth over his eyes.

When the female sparrow returned, she saw that there was not a single grain of Khichdi left. The male sparrow lied and said he did not know what had happened, as he had been sleeping with his eyes covered.

Upset and hungry, the female sparrow started to cry. As she was worried and quite unsettled, she went to see the king. The king heard her side of story and then called the male sparrow. He asked him to remove the cover on his eyes.

The king noticed that a few grains of Khichdi were still on the male sparrow’s face and knew that he had eaten it. So, as a punishment, the king ordered the male sparrow to get some rice and lentils and cook the same meal again for the female sparrow.

While cooking the Khichdi, the male sparrow realised that he had been greedy. He should have waited for his friend to get home. After the female sparrow had eaten, they made up and promised to always wait for each other before having a meal. The sparrows lived happily ever after.