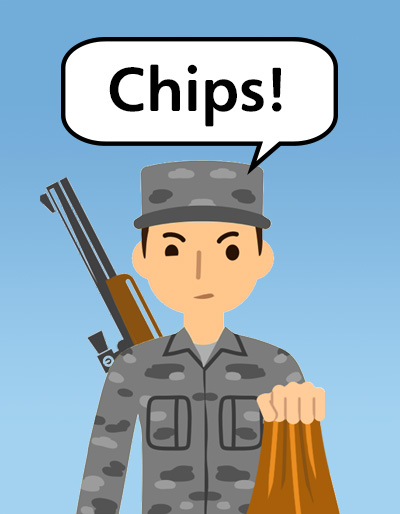 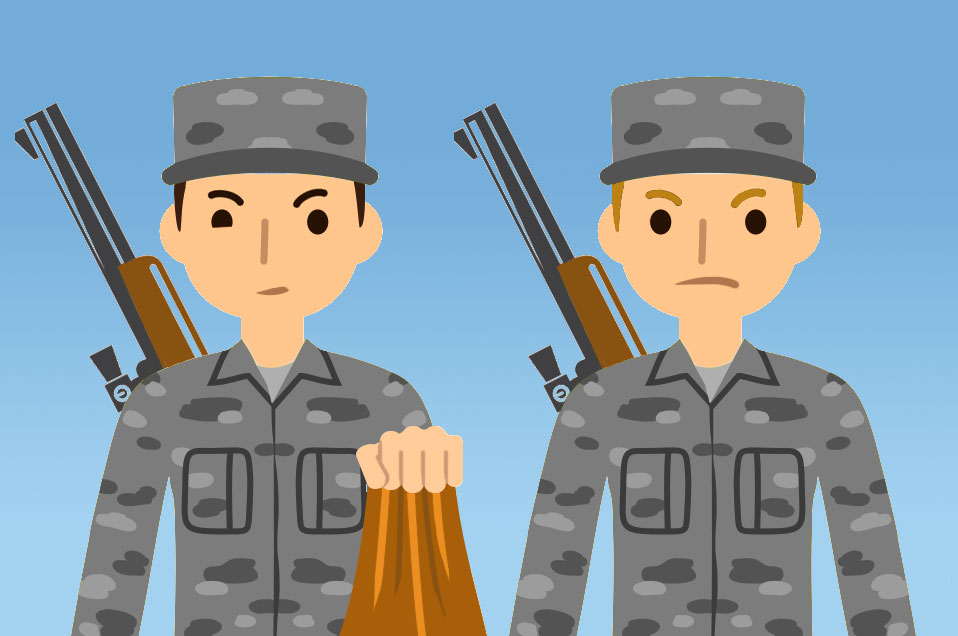 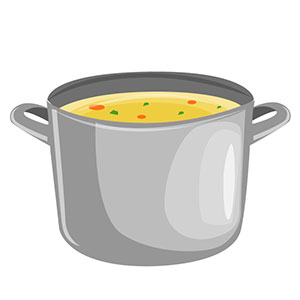 Once upon a time, not so long ago, in a small house in a small village in the east of a big country, there lived a widow with lots of children. She was young and quite beautiful, and she lived in a small house with her mother and father and all of her children.

The family were very poor and were always hungry because there was a war on and their country had been invaded by a foreign army. They grew cabbages and carrots in their back yard. They also had a chicken, which provided the family with eggs, but still they were hungry.

The children did not go to school because all the schools were closed. They were even banned from learning their own language! However, the children were lucky because their mother had been the cleverest girl in her class when she was younger, and so she was able to teach them everything they needed to know. At night, she taught them to read and write. And every day she took the eldest children into the forest to show them where the edible mushrooms grew. She showed them which plants were poisonous and which roots you could eat, and even which plants had juicy leaves which could be chewed. But still the children went hungry.

One day, early in the morning, while everyone was upstairs in bed, there was a knock-knocking sound at the door.

‘Don't answer it!’ said Grandma. ‘It might be soldiers coming to take us away!’

‘Don't answer it!’ said Grandpa. ‘You might be arrested for teaching the children!’

‘Don't be silly. Soldiers don't knock! It might be a neighbour who needs our help,’ said the widow, and she went downstairs to open the door.

But the widow was wrong. When she opened the door there were indeed two soldiers. One fair and one dark, both dressed in grey uniforms, both with guns thrown across their shoulders. The fair-haired soldier held up a big, dirty sack.

‘We are working in the fields today and we want chips for lunch. Here, cook these!’ he said, and pushed the dirty sack into her hands.

‘And we'll be back at twelve noon,’ said the dark haired soldier. ‘Have those chips ready by then.’ And with that, the soldiers turned around and headed off towards the neighbouring farm.

‘Chips,’ thought the widow. ‘What are chips?’

By this time the entire family had come scurrying down the stairs to see what was happening.

‘What are chips?’ she asked them. But none of the family had ever heard of such a thing, not even her Grandma and Grandpa.

‘What's in the sack?’ asked the children.

‘Is it a cat?’ enquired the youngest.

‘Or flour?’ suggested the eldest.

‘Or a present from Father Christmas!’ exclaimed the greediest.

But it was none of those things. When the widow opened up the sack, she revealed big, lovely, muddy, white-fleshed new potatoes. The family all gasped in amazement. They had not seen so many potatoes since before their father went to war.

‘How am I going to make chips out of these?’ asked the widow again. ‘I do not know what chips are!’

Now it was Grandma's turn to speak up. ‘Don't be silly!’ she said, as she took the sack from her daughter. ‘They are potatoes. We know how to cook potatoes! We'll scrub them and peel them and boil them for the soldiers. Then we will make a soup from the peelings for ourselves! Come on kids, let's set to!’

Grandma gave each child a handful of potatoes to wash and peel. When that was done, she built a fire in the grate and hung the biggest cooking pot over the flames. Then she poured in fresh water and the chopped potatoes. The whole family sat around the open fire watching the water bubble and boil.

‘Those soldiers made a very big fuss – for this?’ mused the youngest child.

‘It's not so special,’ said the eldest.

And that's when the grown-ups started worrying ... Maybe it's not special enough! Maybe the soldiers will be angry!

‘Maybe we should add some herbs,’ said Grandma.

‘And maybe a few cabbage leaves,’ said the widow, adding some to the pot.

‘And a few mushrooms,’ said Grandpa.

‘Of course!’ cried the widow, and sent the eldest children into the forest to collect the biggest, juiciest mushrooms, plants and berries.

When they returned, everyone added just a few more ingredients, and then just a few more... and then a few more still, until they had made a pot of the most delicious-smelling stew that simmered and sizzled and sent sumptuous smells wafting around the little kitchen so that the children’s bellies rumbled and their eyes grew wide with hunger.

‘When can we eat?’ they asked.

‘When the soldiers have gone,’ said the widow, as she put a lid on the pot so that they would not be tempted by the wonderful smells.

Just then there came a knock-knocking at the door. It was twelve noon.

‘Sit down and sit still!’ the widow said to her children. ‘And hide the potato peelings so that we can use them to make our soup.’

The table was set with two bowls, two spoons, and two forks. All eyes were on the soldiers as the widow carried the pot from the fire to the table. The fair-haired soldier took some rye bread from his pocket and tore off chunks to share with his friend as the pot was put in front of them... What if they don't like it? What will they do?

The widow lifted the lid from the pot. The soldiers both stared in disbelief as she ladled the chunky potato broth into their bowls.

The children looked on anxiously as the widow explained, ‘This is how we cook chips.’

‘This isn't how to cook chips!’ the dark-haired soldier shouted, as he wrestled the ladle from the widow and threw it back into the pot.

‘Sit down!’ said the fair-haired soldier to his friend. ‘I'm hungry. Let's eat.’

‘But I wanted chips!’

‘Well, at least try it,’ said his friend. With that he lifted his spoon, gently blowing so that the steam curled around his hands. The children watched droplets of condensation form on the edges of his glasses. The potatoes were very hot. Suppose they were too hot!

The fair-haired soldier at last put the spoon to his mouth and slurped through his teeth.

The fair soldier spat the potatoes all over the table. ‘What is this pigswill?’ he shouted.

The widow stepped back in case the soldier intended to hit her. The children cowered. The baby cried and was shushed by Grandma.

‘You're feeding us food that is only fit for pigs!’ he said, his face twisted in anger. He got up from the table and hoisted his rifle across his shoulder, pulling the strap taut against his chest.

The children watched in fear as his thumb stroked the rough leather of the strap.

‘I'm sorry,’ said the widow, backing further away from the table, ‘it's our favourite recipe.’

‘Your favourite recipe is pigswill!’ mocked the dark-haired soldier.

‘Come on!’ said the fair-haired soldier to his friend. ‘Let's leave this pig palace! Stupid peasants don't even know how to cook chips! Ha!’

And with that they both walked out of the widow’s home, laughing to themselves at how stupid the peasants were that they did not even know how to cook chips.

When they were sure that the soldiers were gone for good, the family added the potato peelings to the pot and cooked the whole lot up, even adding some more herbs for extra flavour. Then they all gathered around the table and shared the most wonderful stew they had ever tasted, dunking big chunks of the soldier’s rye bread into the steamy broth until their tummies were full to bursting.