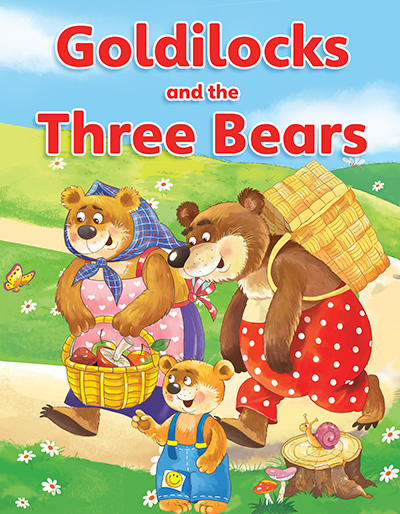 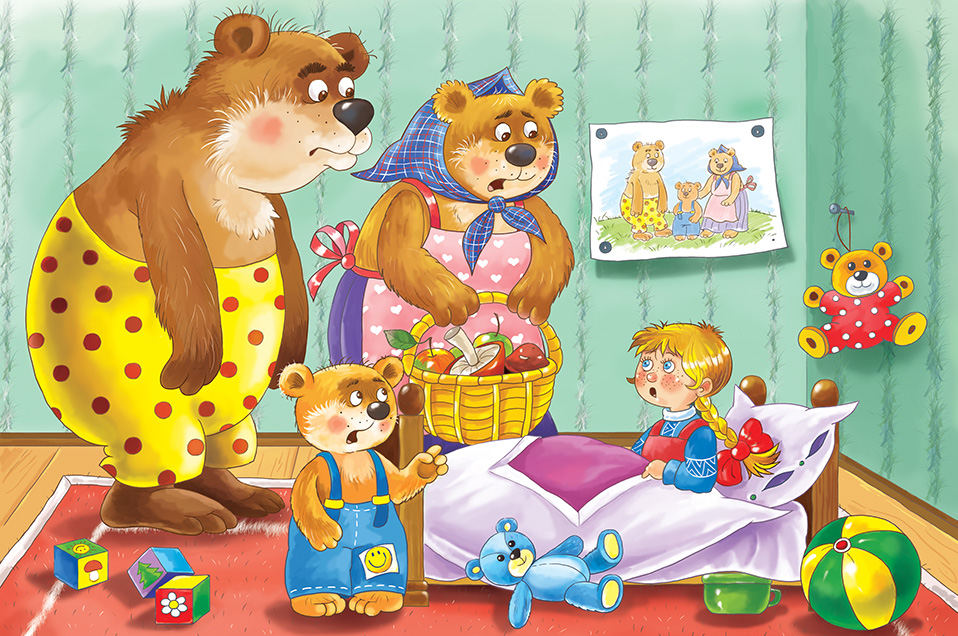 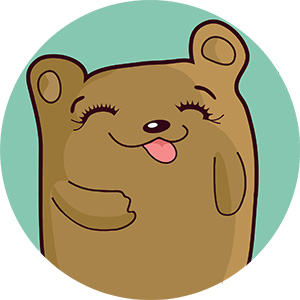 Once upon a time, in a little house on the edge of the woods, a girl called Goldilocks lived with her parents. One morning, she woke up as the sun was streaming through her window; thinking it was time for school, she leapt out of bed.

Downstairs her mother was busy.

“It’s far too early for school. Don’t get under my feet. Why don’t you go out for a walk? You can pick me some blackberries to make a pie for dinner tonight,” she grumbled.

Goldilocks went skipping into the woods swinging a basket for the blackberries. Singing to herself, she went further and further into the woods.

After a while, she began to feel hungry and a little tired. Across a clearing in the woods she suddenly saw a cottage.

“Perhaps I could get something to eat there and have a rest,” she thought.

She knocked on the door but there was no reply. Gently, she pushed the door and, to her surprise, it opened. Cautiously, she went in.

“Hello?” she called, but no one answered. 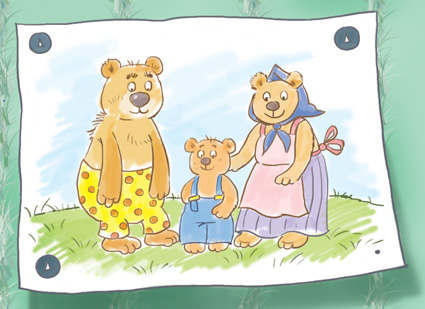 Goldilocks scrambled onto the biggest chair because it had the biggest bowl of porridge by it. She picked up a big spoon and tried the porridge.

“Ouch!” she cried.“This porridge is too hot!”

She moved onto the next chair and the next bowl. Picking up a middle-sized spoon she tried the porridge.

“Yuck!” she said, for it was very very cold.

Goldilocks moved onto the next chair and the smallest bowl. Picking up the smallest spoon, she tried the porridge. It was just right. So, very quickly, she ate it all up.

As she was finishing it, she began to hear a strange creaking sound and, just as she ate the last spoonful, the legs of the chair she was sitting on broke and she landed with a bump on the floor.

After all the porridge and the bump, she suddenly felt very sleepy. So she went up the twisty stairs to see if she could find somewhere to lie down.

First of all, she found a great big bed. She climbed up onto it but, oh, it was too hard.

Then she found a middle-sized bed. She climbed into it but it was too soft, she felt as though she would disappear in it.

Then she found a teeny tiny bed. This felt just right so she climbed into it, pulled the covers over herself and was soon fast asleep.

While she was sleeping, the owners of the cottage came back. They were three bears: Daddy Bear, Mummy Bear and Baby Bear. They’d been for a walk in the woods before breakfast and now they were hungry.

“Hello, what’s this?” growled Daddy Bear, in his great big voice. “It looks as though someone’s been messing with my porridge and whoever it is has left muddy footprints on my chair.” 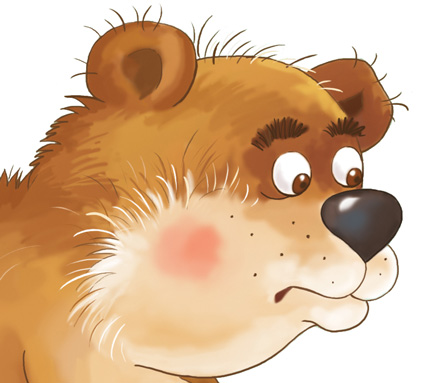 “You’re right, my dear,” she said in her soft, growly, middle-sized voice. “Someone’s been eating my porridge too and I’m sure the cushion on my chair has been sat on.” 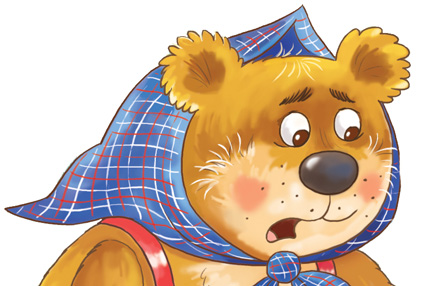 Then Baby Bear began to cry. 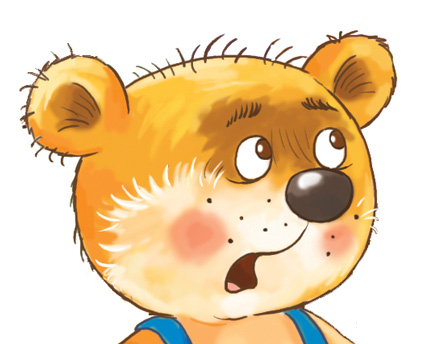 “Someone’s been eating my porridge and they’ve eaten it all up and they’ve broken my chair as well!” he sobbed in his little, squeaky, teeny, middle-sized growl.

“Who could have done this? And where were they now?” they wondered.

They looked around the house and went upstairs.

“Well,” growled Daddy Bear, “someone’s been lying in my bed but they’re not there now.”

Then they heard a squeak from Baby Bear.

Daddy and Mummy Bear raced into his room and stood around the bed looking down at Goldilocks. She woke with a start and was frightened to see three bears all looking at her. 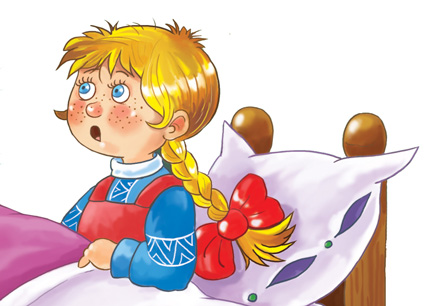 Before they could say anything, she jumped out of bed, out of the window and ran away through the woods back to her home because she didn’t know that they were really gentle, friendly bears.

“Well I never,” growled Daddy Bear, scratching his head. “My grandfather told me people were strange. Fancy, eating all that porridge and then running away.”

Puzzled, the three bears went back to the kitchen where Daddy Bear mended Baby Bear's chair, while Mummy Bear made more porridge. And from that day to this, bears all over the world have always known that people are strange creatures who are not to be trusted with porridge.