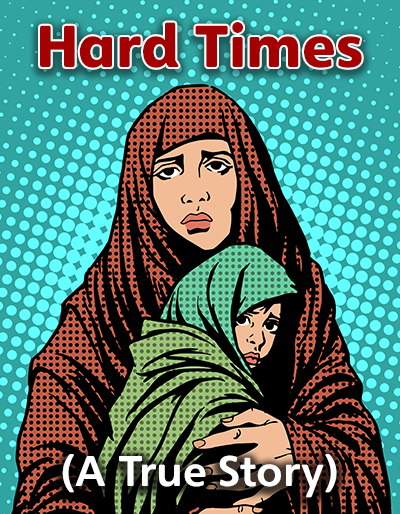 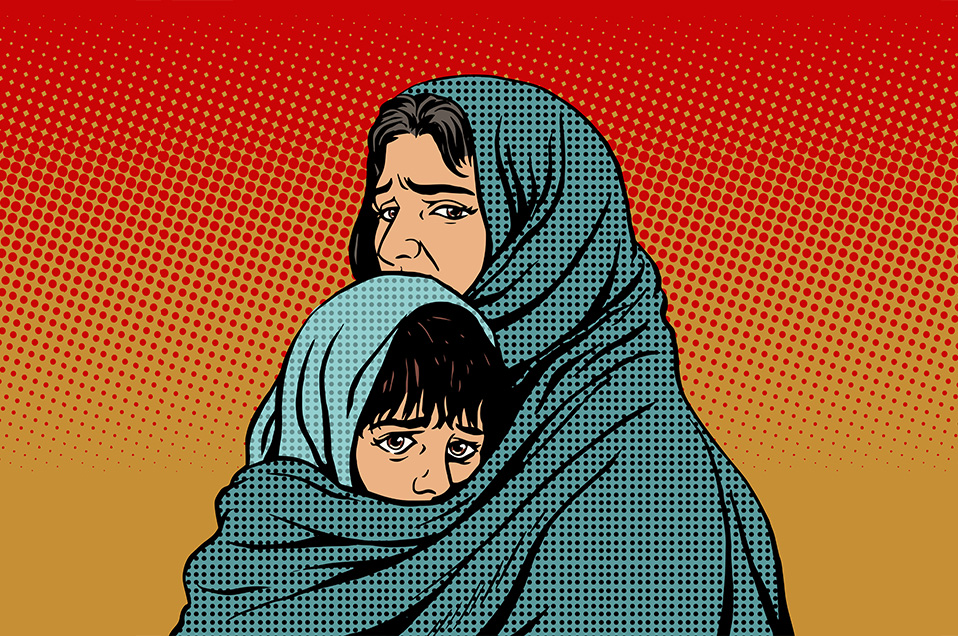 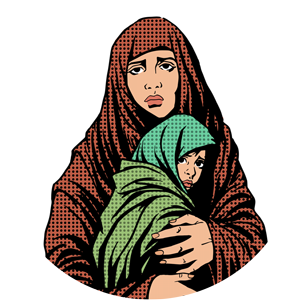 I was very young when the war started so I do not remember everything about it. I just remember that it was very scary, everybody very nervous and none of us really knowing what was going on. Nobody felt safe and there were terrible stories of killings and violence.

I remember my mum telling us one day that we were not going to be safe if we stayed in our home. She said that we would have to cross the border and stay away from our home until the war ended.

I was very scared and I didn’t want to leave my home. Our father was not around to help us and I could tell that my mother was very frightened. She was pregnant with my youngest sister and she had four daughters to look after, including me. I was too young to help so she must have felt very alone.

There were lots of stories about people going missing at the border and this made us all very scared. My father was not around and my mother had also decided that my aunt should come with us. I can imagine how difficult it must have been for them having to look after four young girls in such a scary situation. We heard that people were being killed, and that only a certain number of people were being let through the border into Macedonia each day. All of this made us very frightened, but my mum insisted that it was still necessary for us to make the journey so that we would be safe until the war ended.

I do not remember crossing the border but my mum has told the story many times. It was very noisy and there were lots of people pushing and shoving. Everybody was nervous about the stories and nobody was sure what happened to those who were taken away by the soldiers.

Just as we were crossing, my mum lost sight of my older sister and could not find her in the crowd. She was suddenly frightened that we would be allowed to cross the border but my sister would be left behind or taken by the soldiers. It was my aunt who found my sister just in time and helped her to cross the border so that we were all back together again on the other side.

We stayed with my mother’s family in Macedonia until the war ended, and then we returned home when it was safe. But when I was eight years old my mother said that it was time to move again. I did not want to move because it was so scary the last time, but my mum said that we were moving to England because we would all have a better future. I hated the idea at first because I did not want to leave my friends, but when I arrived here I liked it very much.

Back home, school time ended in the afternoon, but I prefer it here where we stay until three o’clock. There is more choice here in England and I think that you can go to university even if you do not have a lot of money; you just need to work hard and study hard and be determined.

Even though it did take me some time to settle here, I am happy to call England my home as I have so many good friends here. There are also children from all over the world here in England. In my school there are children from Somalia, Bangladesh, Poland, Portugal, and the Philippines, and from other countries too. I do not feel that I am different just because I am from Albania.

I think that this story is about accepting change. Life can sometimes be really difficult and scary, and sometimes there are many changes, but I see that good things can come from change. I am looking forward to going to university and having a career, and I am happy to be in a place that is so full of opportunity and also where I am surrounded by so many different cultures. I call my story Hard Times, but really this story is about the opportunities life gives you when you survive the hard times and look to the future.