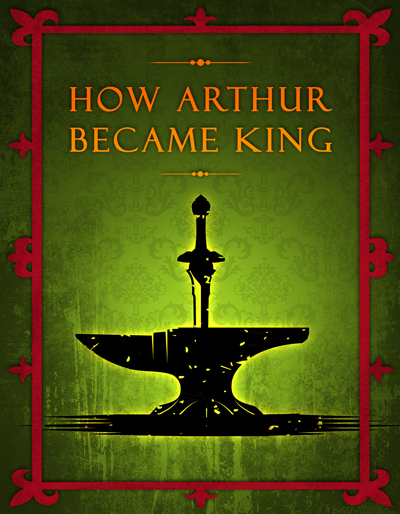 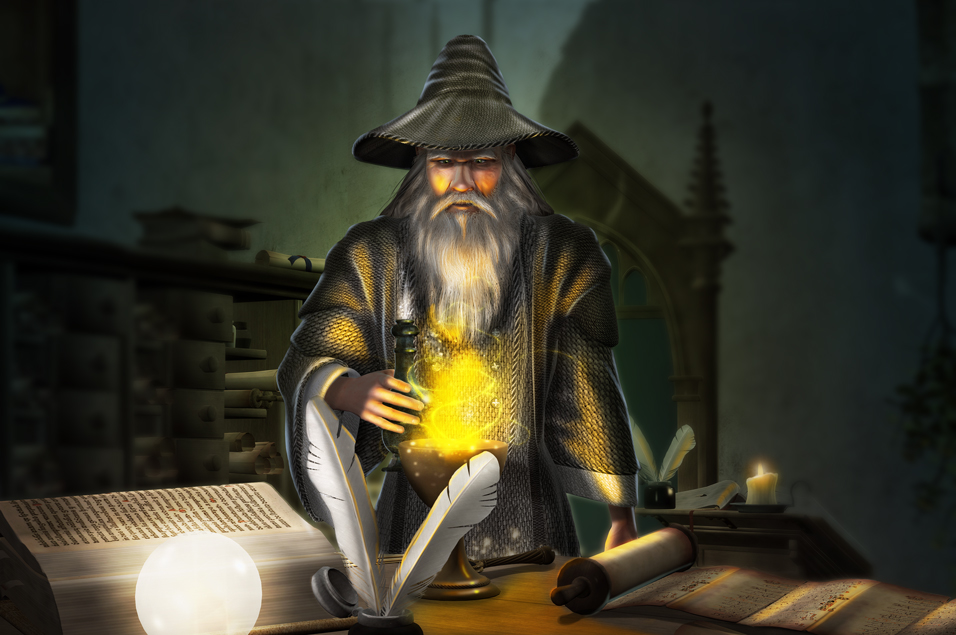 Uther Pendragon stood with a group of his men on a high cliff watching the Roman ships.

One by one the huge wooden galleys set sail across the English Channel. Each ship was full of Roman soldiers. The soldiers had been ordered to return to their homeland because enemies were fighting the people of Rome.

One of the watching men turned to Uther Pendragon and said, ‘At last we are free again, King Uther.’

Uther replied, ‘I am no king, but I shall lead my men and we shall never be conquered again.’

So it was that when enemies came across the sea from Northern Europe, Uther and his men fought them. The warriors beat back their enemies and kept England free.

However, Uther Pendragon knew that if the Saxon enemy became stronger they might one day win the battle against Uther and his warriors. If Uther got killed in battle he was afraid that his little son, Arthur, would be killed too.

‘I must keep my son safe,’ Uther said to his best friend. ‘Will you look after him?’

Uther answered, ‘Thank you. I am glad to trust Arthur to your care. However, I am not a king. I am just a leader of men and I must be sure that we shall never be conquered again.’

So it was that Arthur grew up in safety and learned the skills of a brave warrior. Meanwhile Uther and his men fought off the Saxon invaders and kept England safe from its enemies.

Uther spoke to Merlin. ‘You are a wise man, Merlin, and I need your advice. My son has lived far away from me so that he would be safe. But I should like him to be the leader of my men after I die. However, none of the men know that Arthur is my son. Even Arthur himself does not know that he is the son of Uther Pendragon. He was very young when he went to live with my friend and I doubt that he remembers he once lived with me in the hilltop fort of Camlaan.’

Uther continued, ‘Merlin, I want you to arrange something so that everyone will know and recognise Arthur as the rightful leader of my people.’

Merlin thought for a little while and then he said, ‘I have an idea, Uther Pendragon. I will take the sword, Excalibur, and set it into a blacksmith’s anvil with a spell ...’

‘Yes, magic.’ Merlin explained. ‘Only your son will be able to pull the sword out of the anvil. A sign will appear on the side of the anvil and the words will read: Only the rightful king of England will be able to remove this sword from this anvil.’

‘That is good,’ said Uther, ‘and perhaps it is good that England will be united under a king. I was just a leader of men, but my son will be King Arthur.’

Together, Merlin and Uther organised a great tournament to which every warrior was invited.

At the entrance to Uther Pendragon’s castle Merlin placed the anvil. Into the metal of the anvil Merlin plunged the enchanted sword called Excalibur.

A sign appeared on the side of the anvil:

Only the rightful king of England will be able to remove this sword from this anvil.

Each warrior arriving at Uther’s castle tried to pull the sword out of the anvil. No one succeeded. Even Uther’s friend, father of Kay and foster father of Arthur, tried to pull out the sword. He had no luck either.

Kay and Arthur were too young to try their luck, so they went to watch the men at the tournament. Then Kay discovered that there was a special tournament for young men of his age and he wanted to take part. However, Kay hadn’t brought his sword with him and he needed a sword to take part in the tournament.

Arthur saw how disappointed Kay was, so he said, ‘Don’t worry, Kay, I’ll find a sword for you. Just wait here for me.’

Arthur remembered that he had seen a nice sword when they had first arrived at Uther’s castle. When Arthur reached the entrance gateway he saw the anvil with a shiny sword embedded in the metal. He grasped the hilt and pulled gently … and the sword slid from the anvil. Arthur had broken Merlin’s magic spell.

However, Arthur did not see the sign that said only the rightful king of England could remove the sword from the anvil. Neither did Arthur see the inscription that Merlin had engraved on the sword’s blade. All Arthur knew was that he had found a nice sword for Kay to use.

‘Here you are, Kay,’ Arthur said, as he presented the sword.

As he handed over the sword, sunlight sparkled on the magical words:

I am Excalibur. The Lady of the Lake forged me for the rightful king of England. He is Arthur, son of Uther Pendragon. While Arthur holds me in his hand, no enemy can kill him. On his last day on earth I must be returned to the Lady of the Lake who made me.

‘Arthur,’ Kay said, ‘I cannot use this sword. It is enchanted. Run quickly and replace it in the anvil.’

Arthur did just what Kay had said, but suddenly Merlin appeared at the anvil.

‘Wait here while I call Uther Pendragon and his warriors,’ Merlin commanded.

Uther, using a walking stick to support himself now that he was so old, came and stood beside Merlin and the warriors gathered all around. Merlin asked everyone to try and pull out the sword again. Everyone tried once more, but nobody could move it. And then Merlin asked Arthur to try.

Somebody called out, ‘But he’s not even old enough to be a warrior!’

When Arthur pulled the sword out easily, the crowd gave a loud gasp.

Merlin spoke with authority. ‘My magic does not make mistakes! Arthur is indeed the son of Uther Pendragon and he will become king of England after his father dies.’

Meanwhile Uther Pendragon clasped his son in his arms and Arthur hugged his father.

Arthur looked after his father as he grew old. Merlin became Arthur’s wise councillor and advisor.

Arthur remained a good king throughout his reign, and after his father died of old age, Arthur used to say, ‘I am the king. I shall lead my men and we shall never be conquered again.’