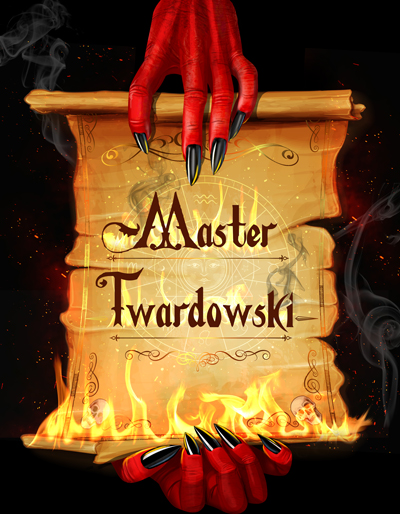 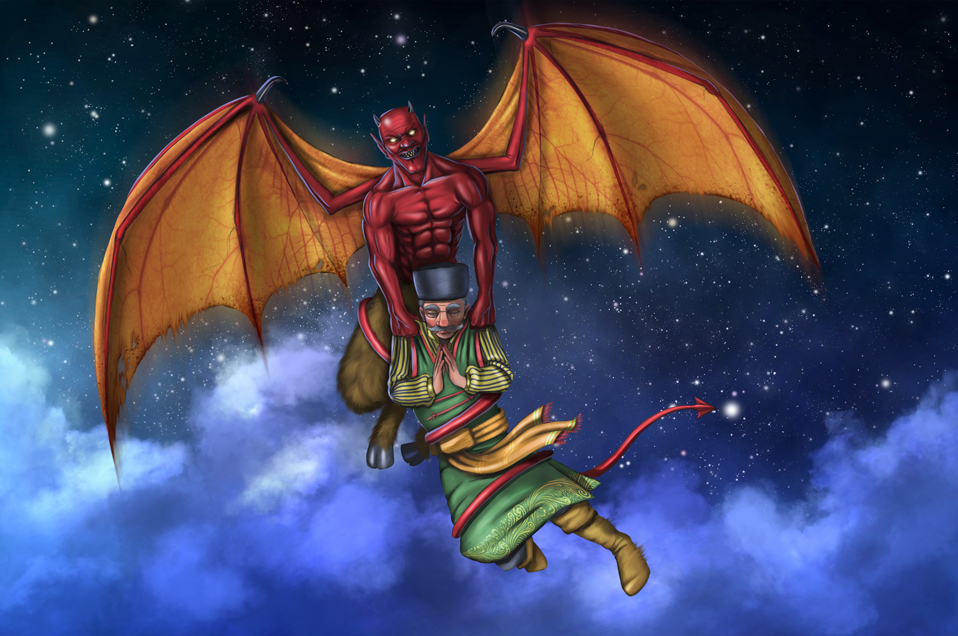 Many centuries ago, a nobleman lived in Krakow. His name was Jan Twardowski. He was an educated man, and he loved books and science. He was especially interested in magic and alchemy, but after many years of research, he understood that witchcraft is impossible without using supernatural forces.

One day, Master Twardowski found spells in his library books that would help him contact spirits. He completed the rituals in the books. When he had finished, a tall slim creature appeared in his room. It was the Devil himself. He had small black horns on his head, long sharp claws and hooves instead of feet.

The Devil looked at the man and grinned, revealing his sharp teeth.

“How can I serve you, Master Twardowski?” asked the Devil.

Master Twardowski told the Devil about his research on magic and his wish to make real spells that worked. The Devil assured him that his dreams could soon come true. All Master Twardowski had to do was sign a contract agreeing to give his soul to the Devil.

Master Twardowski knew that the contract was a trap. It would lock him in Hell for eternity.

“Your offer is very generous,” he said to the Devil. “I’ll soon be making a pilgrimage to Rome. You can have my soul as soon as I arrive there.”

The Devil did not object to this addition and was pleased with the prospect of gaining a new soul. He did not know, however, that Twardowski did not intend to visit Rome at all.

Both parties signed the contract. From that moment on, the Devil was bound to serve Master Twardowski in making his magic possible.

The Devil knew that human souls are, after all, selfish and greedy. He expected that Master Twardowski would use his new magical powers for evil purposes. However, to his surprise, Twardowski used magic to do good. He helped people and animals in any way he could. Soon, Master Twardowski became famous across the whole country. One day, the king himself called Twardowski for help.

Weeks, months and years had passed since the contract was signed. Master Twardowski, however, did not even think about going to Rome. So the Devil was angry, and he kept thinking and thinking until he had an idea.

The Devil transformed himself into a peasant and visited Master Twardowski. He begged for help to heal his sick mother. Twardowski, of course, agreed to go with the peasant to a nearby inn where the sick woman was supposed to be waiting for them.

As soon as they passed through the doorway of the inn, the Devil transformed back to his proper form. He started to laugh loudly.

“I have you now, Twardowski! Your soul belongs to me! We’re in Rome, just as the contract says! That’s the name of this inn!”

The Devil lost his powers as they were flying over the moon. Rumour has it that he dropped Master Twardowski there. The man fell and lives there still. He looks down and watches over his beloved country and its people, making sure they are well.