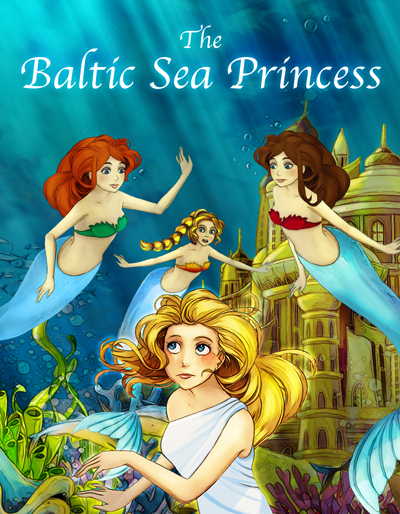 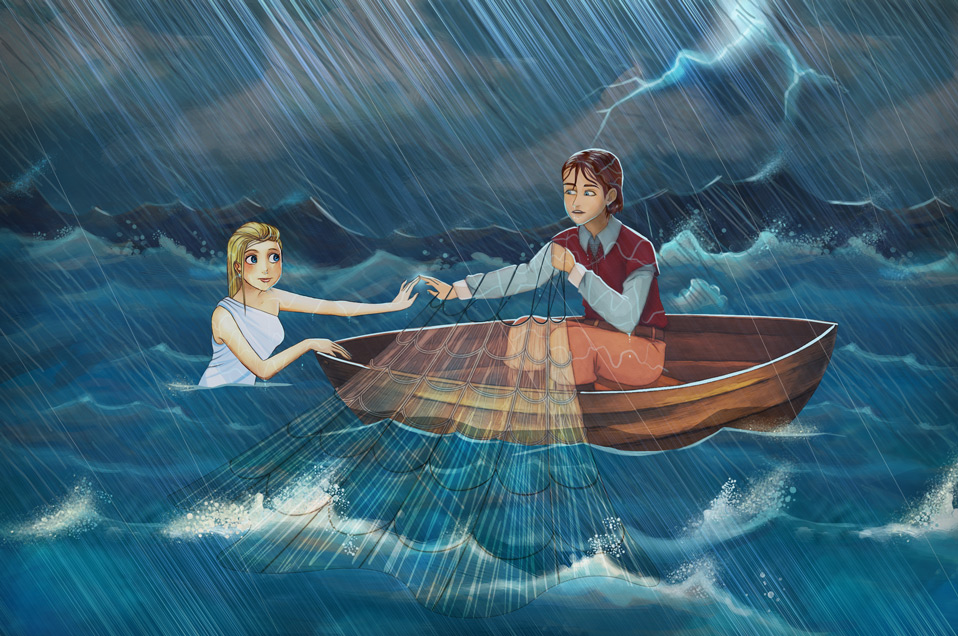 Many years ago, at the bottom of the Baltic Sea, there lived a beautiful princess named Jurata. The walls and ceilings of her palace were made of amber, which made the water all around it glow almost as brightly as the sunshine that lit the land above.

Jurata played and sang with the other mermaids every day, but as she grew older, she wanted to swim further from home. Neptune, the mighty king of the sea, saw his daughter swimming away and anger struck his royal heart.

“Jurata,” he said to her, “I forbid you to swim towards the shore. You must never leave the water, not for the slightest moment.” He ordered the mermaids to make sure that Jurata always followed the rules.

One day, the sun shone brighter than it had ever shone before. It was so bright that it made the amber palace look as dim as a shadow. The sun’s rays reached down through the sea until they met the deep darkness of the seabed. They made glimmering patterns in the water and those lured Jurata to the surface.

The princess forgot all about her father’s orders. The mermaids called to her desperately, urging her to return home. Their efforts were in vain. Jurata could not resist the shine of the sun’s rays.

Eventually, Jurata broke through the surface and found herself beside a small fishing boat. A fisherman was staring at her. He was young and handsome, and the sea princess had been born with all the beauty of the ocean. As soon as their eyes met, they fell in love. The boy leaned from his boat, stretched out his hand and touched Jurata’s fingertips.

In an instant, dark clouds appeared and rolled across the sky. Not one patch of blue remained. The sea, which had been so still and so peaceful just moments before, began to foam and roar. A strong wind stirred up giant waves that threw the fisherman’s boat about, nearly overturning it.

Even as she struggled against the waves, Jurata knew what had happened. In his fury, her father had created a great storm. The fisherman was helpless. The princess used all her strength to push his boat to shore. If she hadn’t, then the boy would have drowned.

His daughter’s actions only enraged Neptune even more. He cast a spell to change his daughter into seafoam, and he destroyed her amber palace.

You can see the foam on the waves of the Baltic Sea as they brush against the shore. Sometimes, after stormy weather, you can also find small pieces of amber on the sandy beaches. These are the remains of the beautiful underwater palace, which was once the home of princess Jurata, who disobeyed her father.