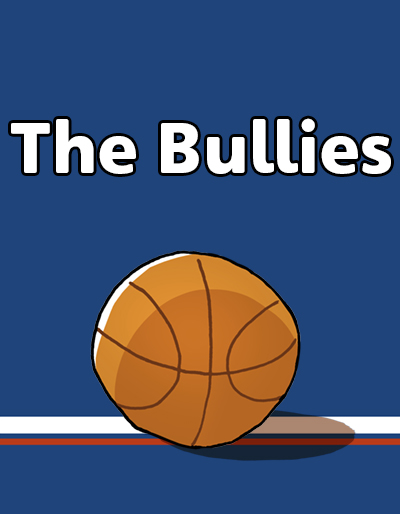 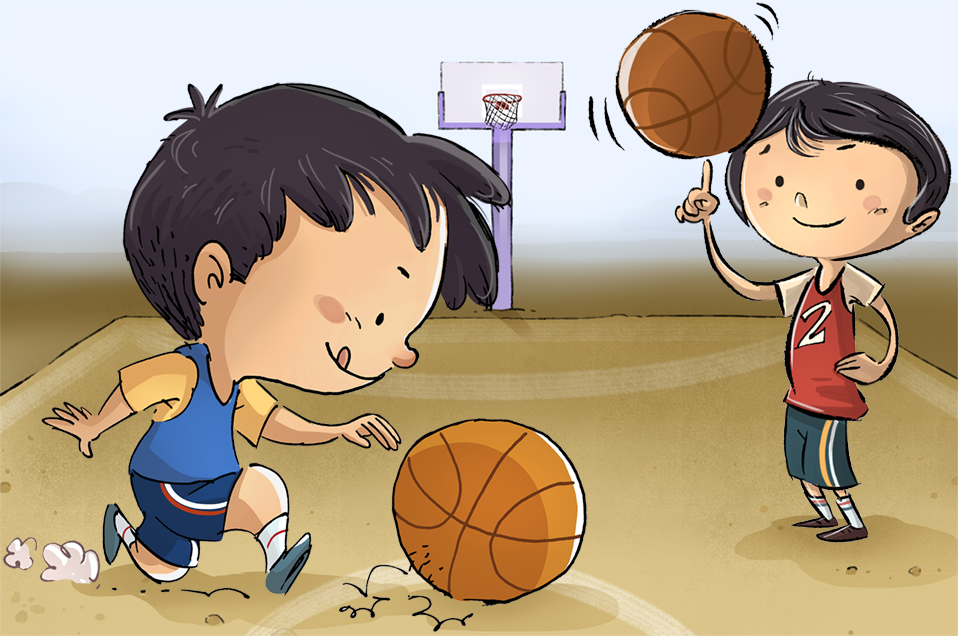 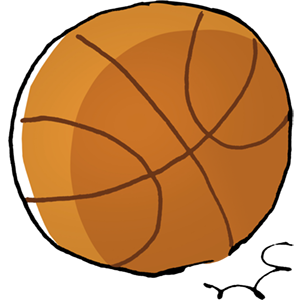 There were once two boys who were very good friends. Their names were Arman, which means hope, and Batoor, which means brave. Arman and Batoor would always play together after school in the basketball court close to where they lived. They liked to pretend that they were famous basketball players and would take it in turns to throw the ball up into the net.

One day, two bullies came stomping onto the basketball court and started calling the boys names. Then one of the bullies stole their basketball.

‘This belongs to us now,’ said the nasty bully.

‘And you are never getting it back,’ said his nasty friend.

Then the bullies started pushing the two boys and Arman fell down and suddenly became very scared. Without thinking, the young boy jumped to his feet and ran home without once looking back to see if his friend Batoor was also able to escape.

But Batoor was not so fortunate, and anyway, he did not like being bullied and refused to run away from the boys just because they thought that they could push people around. But the boys were bigger and stronger than Batoor and they hit him and kicked him until he was badly bruised. His clothes were also torn and one of his eyes became swollen.

‘That will teach you,’ said the nasty bullies. ‘We are big and strong and you are small and weak and there is nothing you can do about it.’ And with that, the nasty bullies walked away leaving poor Batoor to stumble home alone.

The next day, when Arman met Batoor in the playground at school, he was very ashamed when he saw what the bullies had done to his good friend.

‘I cannot believe you ran away and left me all alone!’ said Batoor. ‘What kind of a friend behaves like that?’

Although Arman tried to apologise, Batoor was very upset and did not want to forgive his friend for abandoning him.

‘If that is the kind of friend that you are,’ continued the angry boy, ‘then I am better off alone.’

Arman felt terrible about running away, and now he had lost his best friend because of his actions.

Batoor’s mother bought him a new basketball, and because the boy was determined not to have his life ruled over by bullies, he returned to the basketball court the following day and played alone. It was not nearly as much fun as when he played with Arman, but Batoor was still angry with his friend and could not find it in his heart to forgive him so easily.

Just as he was practising a difficult shot into the net, he heard a voice behind him that sent shivers up his spine.

‘I see we are going to have to teach you another lesson,’ said the voice.

‘And I see that you have another basketball for us to take,’ said the other.

And when Batoor turned around, sure enough the two bullies were walking towards him.

‘Now hand over that basketball and we won’t beat you so badly this time.’

Just as Batoor was about to protest, another voice rang out loud and clear across the basketball court.

‘Get away from my friend,’ called Arman. ‘You are just bullies and we won’t stand for it anymore!’

Arman had been watching his friend all along, and as soon as he saw the bullies walking towards Batoor he jumped at the chance to make up for his mistake and defend his friend.

Arman and Batoor stood side by side and rolled up their sleeves and prepared to fight with all they had.

But as soon as the bullies realised that they would be in for a real fight, a fair fight, two against two, they suddenly lost interest and began to back away from the two friends.

‘You are not so tough when it is not two against one!’ said Batoor.

‘You are just weak bullies,’ said Arman, ‘and if we see you around here again we will teach you a lesson. We will also tell our parents and our teachers and they will make sure that you are never allowed to pick on other children again.’

Faced with such confidence, the bullies soon began to run away as fast as they could, and Arman and Batoor had to laugh at the sight of the two big boys looking so afraid.

Batoor thanked his friend and forgave him for running away.

‘I am really sorry,’ said Arman. ‘I see now that together we are stronger than when we are alone, and we will always beat the bullies of the world if we stick together and do not allow ourselves to be pushed around.’

Arman and Batoor remained friends throughout school and continued to be good friends even when they became grownups. And they always remembered the lesson they learned that day on the basketball court, and they always stood by one another as good friends should.