The Farmer and the Cow Carol Shields 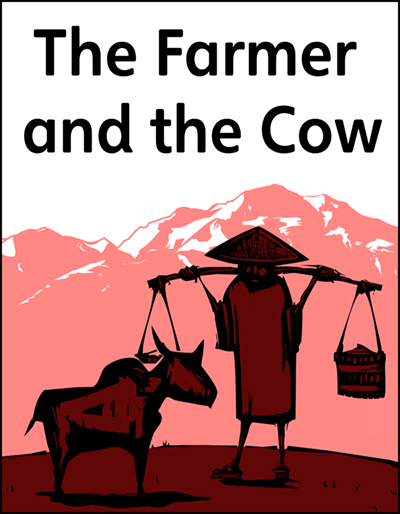 The Farmer and the Cow 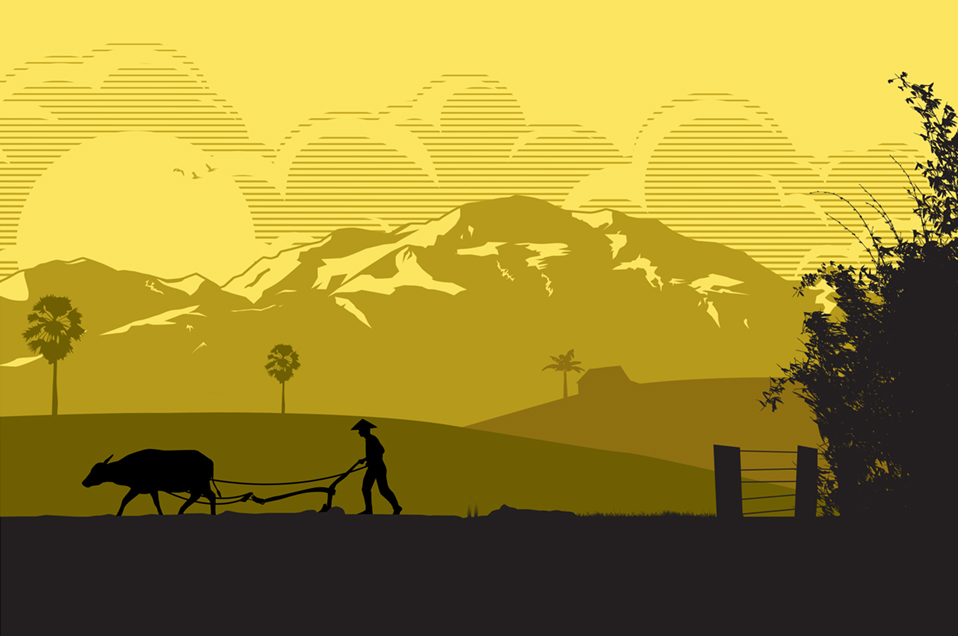 The Farmer and the Cow

Once upon a time, there was a farmer called Niu. Niu was not a rich farmer but he was very happy. He worked in the fields with his only cow from dawn until dusk. This gave Niu vegetables to eat and extra crops which he would sell to the local villagers on market day so that he might buy other food.

Niu and his cow worked very hard, but they were happy with their simple life and they did not complain as they had everything they needed.

But one year, everything changed. The rains did not come and the farmland began to dry up and turn to dust. Because there was no rain, the crops did not grow and Niu had nothing to sell to the villagers, and therefore no money to buy food.

The poor farmer became very hungry and was forced to sell everything he had inside of his little house in exchange for food so that he could feed himself and his beloved cow. Niu hoped for the rains to come so that he might return to the fields and start his work again.

Several months passed and there was still no rain. The crops did not grow and Niu and his cow grew more and more hungry. There was nothing left to sell and so there was no food to eat.

Eventually, Niu could bear the hunger no longer.

The farmer turned to his cow and said, ‘I am very sorry but I am afraid that I might have to eat you.’

The cow looked at Niu and tears started to roll down her wide eyes. When Niu saw the tears he became very upset and felt such guilt that he had even thought of eating his faithful cow.

He threw his arms around the cow and said to her, ‘I am so sorry. I will never suggest such a thing again. Will you please forgive me?’

The cow nodded her head and was very relieved not to be eaten.

Suddenly it began to rain and the lands turned from dust to rich soil. The crops began to grow and it was not long before Niu and his faithful cow were back in the fields once again.

From that day on, Niu promised that he would never eat beef because the cow was his friend.