The Fisherman and the Bottle Mary Smith 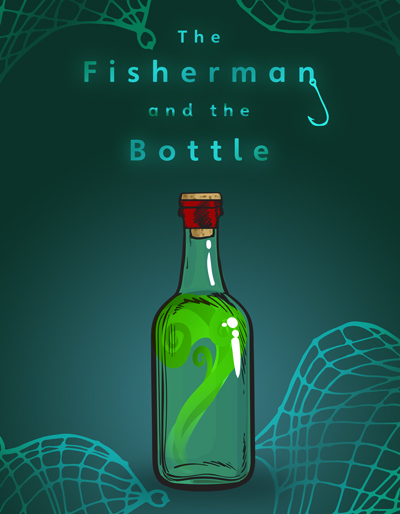 The Fisherman and the Bottle 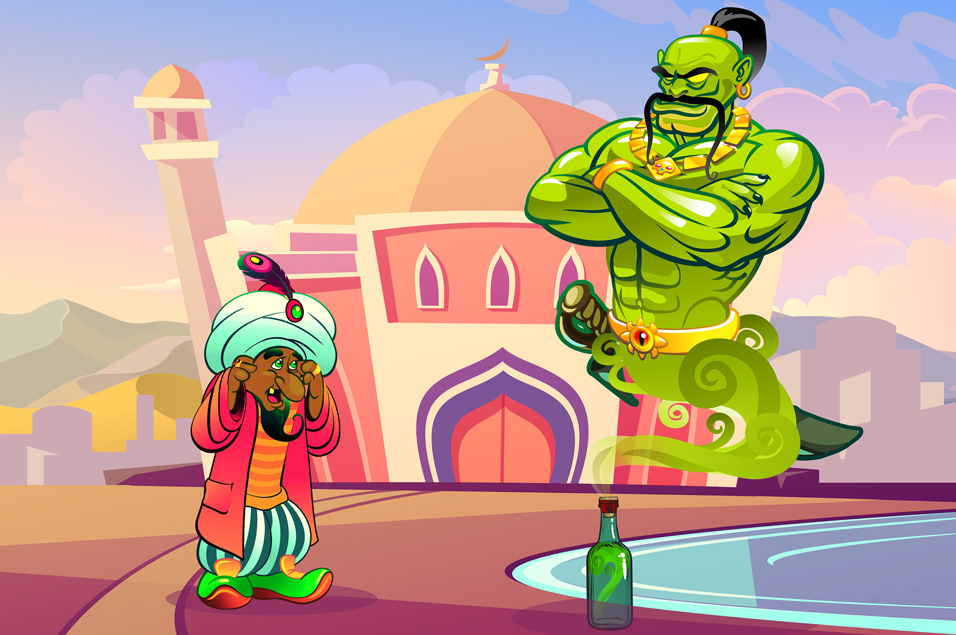 The Fisherman and the Bottle

A long time ago, in a land called Arabia, there lived an old fisherman.

Although he was old, he still went fishing every day. When he had fish to sell, he earned a little money.

On the day when our story begins, the fisherman hadn’t had any luck at all. Just when he had given up hope of catching anything, he felt a weight in his net. He hauled it from the water in the hope that it was full of fish that he could sell.

He was disappointed to find that the only thing he had caught was an old copper bottle. The bottle had turned green with age, but the fisherman knew that if he cleaned it up and polished it so that the copper shone again, he could sell the bottle in the market.

All of a sudden, the fisherman noticed that there was still a stopper in the bottle. He wondered what could be inside it. He could see that a wax seal was holding the stopper in place to prevent it from falling out.

The fisherman had never been to school so he could not read, and so he did not know what the words on the seal meant.

The wax showed the royal coat of arms of Suleiman, the great ruler of Arabia, who had lived and ruled two thousand years before. The fisherman had heard of Suleiman, but he did not recognise the royal seal.

The fisherman pulled off the wax seal. He tugged the cork stopper from the copper bottle.

Immediately, a magic shape floated out of the bottle. It grew and expanded and became larger and larger.

It was a colossal genie!

The old man stared in astonishment at the enormous genie.

In many old stories, a genie is a kind and magical being who grants three wishes. However, this genie was angry – after all, he had been shut up in a tiny bottle for two thousand years.

So instead of granting any wishes, he waved his sharp metal cutlass and threatened to cut off the fisherman’s head.

The old fisherman may not have had an education, but he did have a quick brain.

Instead of showing fear in front of the angry and dangerous genie, he smiled and said:

‘Oh, genie! I think you are teasing me. You say you were shut up in this bottle for two thousand years, how can that be? The bottle is so small and you are so big, I don’t believe you! I will only believe your story if you can show me how you fit yourself into this bottle.’

The genie was not at all happy that the old fisherman did not believe him. To show him, he became smaller and smaller until he was tiny enough to fit back into the bottle.

As soon as he was in the bottle, the fisherman pushed the cork stopper firmly back into the neck of the bottle, and he pressed on the wax seal with Suleiman’s coat of arms.

The genie was trapped!

The fisherman threw the bottle back into the sea. The genie was destined to float across the oceans forever.