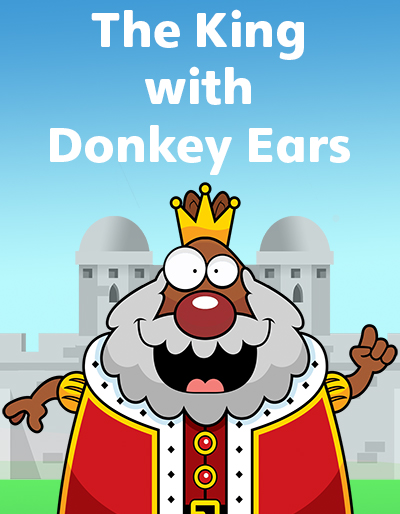 The King with Donkey Ears 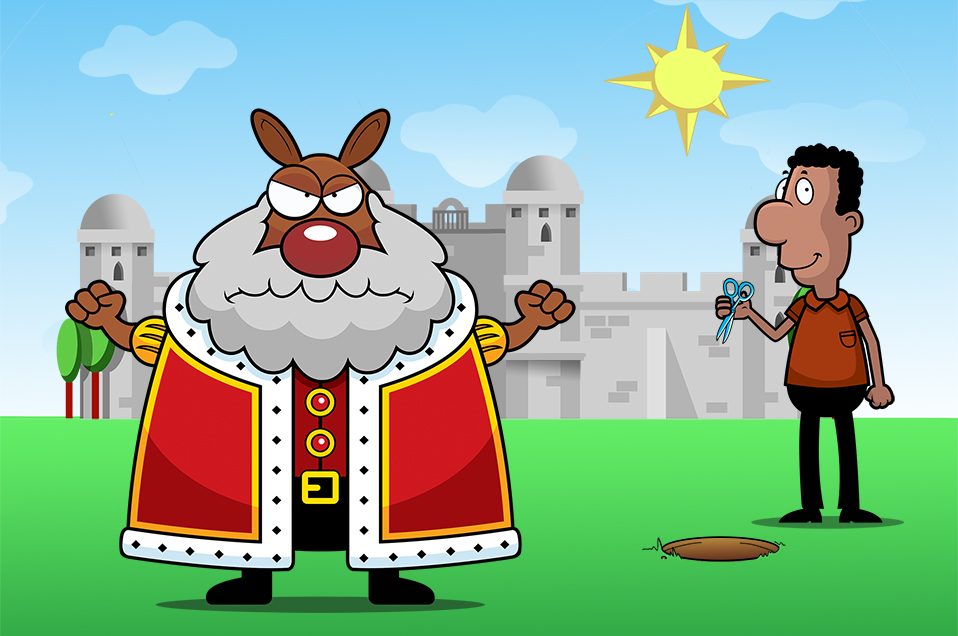 The King with Donkey Ears

A long time ago, there was a king who had floppy ears shaped just like the ears of a donkey. The king was very embarrassed about his ears and always covered them up when he was in public so that the people of the village would never be allowed to discover his secret. The only person who ever saw the king’s ears was his hairdresser.

The king often warned the hairdresser, ‘You must promise never to tell anyone that I have ears shaped like a donkey or I will send my guards to your house and they will take you away to my prison where you shall remain for the rest of your life.’

The hairdresser found it very hard to keep this secret because he wanted to tell all of the villagers about the king’s ears, but he always remembered the king’s warning and so kept the secret to himself for many years.

But one morning, the hairdresser woke up and knew that he could keep the secret to himself no longer. He got dressed and left his house and walked out of the village into the countryside where he was sure that he was all alone. Then he found a patch of flat grass and began to dig with his hands.

Once he had shouted out the king’s secret, the hairdresser felt much better. Then he covered over the hole with earth and grass and returned to his home, reassuring himself that he had not really betrayed the king’s trust.

Many years later, there was a school built next to the hole, and a playground built around the hole where the children would play when they were not in class.

‘The king has ears shaped like a donkey,’ they laughed to one another.

Very soon the whole village knew about the king’s ears and they all giggled and laughed because they now knew why the king always covered up his head whenever he was out in public.

Well, it did not take very long at all before the king realised that everybody knew his secret and he was very embarrassed and very angry. The king remembered that only one man knew about his donkey-shaped ears and so he sent his guards to the hairdresser’s house. The guards took a hold of the hairdresser and dragged him back to the palace and threw the man into the prison where he was told he would spend the rest of his life.

The hairdresser pleaded with the king to let him go, but the king said to the hairdresser, ‘You promised me that you would not share my secret but you could not keep it to yourself. I trusted you and you betrayed me. For this you will spend the rest of your life in prison and you will learn that it is always important to keep your promises to others and not to share secrets.’

And so the hairdresser remained in prison for the rest of his life and always felt sorry for sharing the king’s secret when he had promised not to do so.