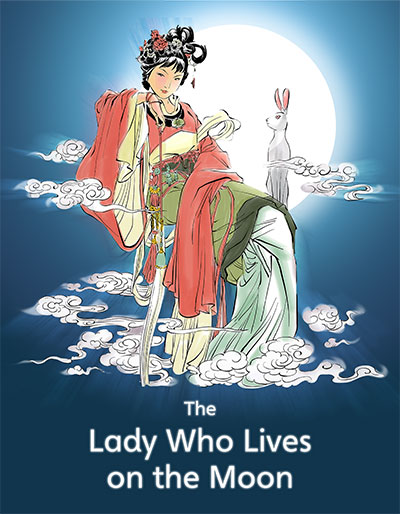 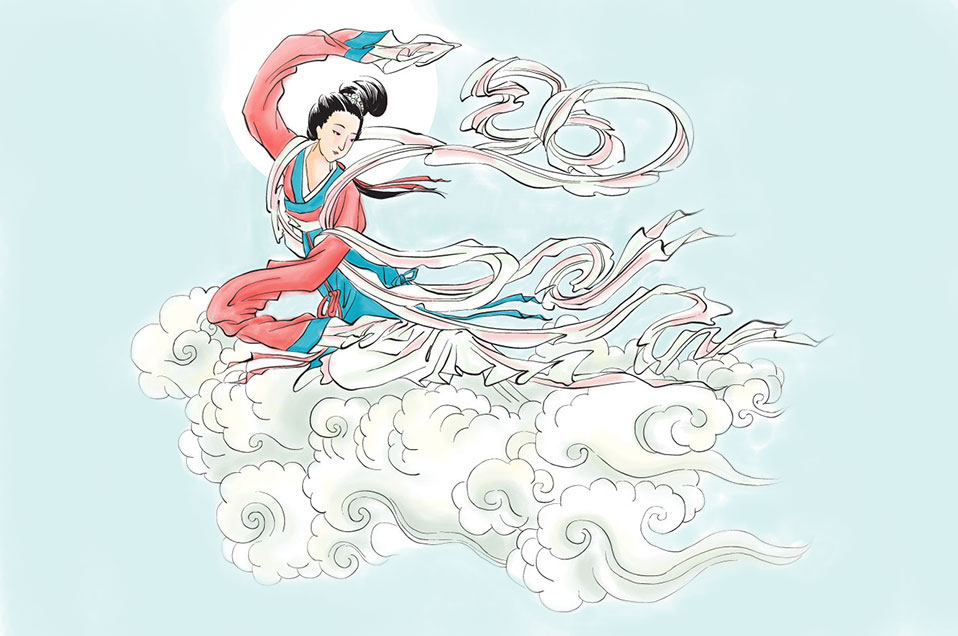 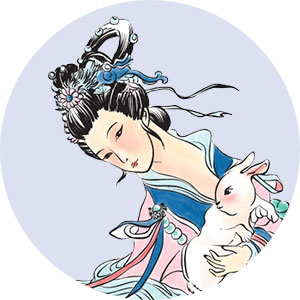 Once upon a time, there was a beautiful warrior called Chang’e who was married to a brave and strong archer named Houyi. The couple were both immortals who lived in the heavens, and both were well known for their brave acts of courage against many dangerous enemies.

One day, the Queen Mother of the West summoned Chang’e and Houyi to Earth because the Jade Emperor’s ten sons had turned themselves into orange balls of fire and were sitting in the sky above the Earth. The heat was too much for the Earth. Ten burning suns in the sky meant that it was never night-time, and the Earth never had a chance to cool.

Soon the earth dried up, the rivers turned to dust, crops turned to ash, and the lands became barren.

Houyi was a very skilled archer who never missed his target. And so the brave warrior aimed up into the burning sky, and with his bow and arrow he shot down nine of the suns from the sky. But Houyi left one sun to circle the Earth for evermore so that there would be both night and day.

The Jade Emperor was very angry with Chang’e and Houyi and banished them from the heavens for killing nine of his sons, even though he knew that they had done wrong.

And so Chang’e and Houyi had to begin a new life as mortals living on Earth.

It was not very long before Chang’e grew restless with her new life. She did not like living on Earth and missed the heavens and immortality. This restlessness soon turned to sadness, which then turned to anger at her banishment from the heavens.

Houyi felt guilty because he was the one who had used his bow and arrows to cast the Jade Emperor’s sons from the sky, and so he thought that it was his fault that Chang’e had been banished from the heavens.

One day, Houyi went to see the Queen Mother of the West.

The Queen Mother felt very sad for Houyi so she gave to him an elixir of immortality.

‘Whoever drinks this elixir,’ said the Queen Mother of the West, ‘will be granted eternal life. But there is only enough for one person,’ she warned, as she handed over the silver vial.

Houyi was very grateful to the Queen, but he knew that he could not give the elixir to Chang’e because he could not bear to be parted from her side. So Houyi hid the elixir from his wife and tried to make a happier life on Earth for them both.

But one day, Chang’e discovered the vial containing the elixir while her husband was away hunting. She was tired of living on Earth, tired of mortality and the simple life she was forced to live. And so Chang’e drank the elixir and was granted immortality. Suddenly her body became very light and drifted up into the sky. But instead of returning to the heavens, Chang’e came to rest on the moon, where she was quite alone except for the company of a small white rabbit. 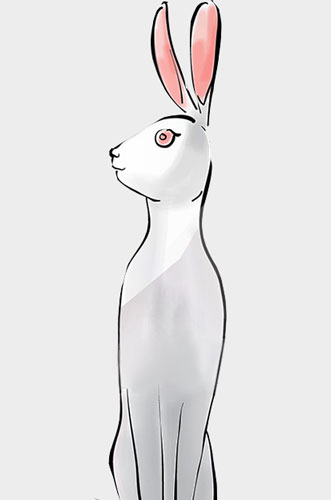 Houyi was very angry when he returned home and discovered that Chang’e had taken the elixir and abandoned him on Earth to live alone. He raised his bow to the night sky and took aim at the moon, but he could not shoot the moon from the sky for fear that he would pierce the heart of his beloved wife.

So Houyi was forced to live alone on Earth where he hunted and taught archery to his students. It was not a happy life, and one day Houyi was killed by one of his own students who was known to be jealous of the warrior’s skill and bravery.

Chang’e achieved the immortality she wanted so desperately, but she remains to this day alone in her palace on the moon with only a white rabbit for company. She will forever be without her beloved husband, Houyi.

Each year, on the 15th of August, Chinese people bake Moon Cakes and look up at the night sky. If it is a clear night, it is said that Chang’e can be seen sitting alone in her palace on the moon with her only friend, the white rabbit.