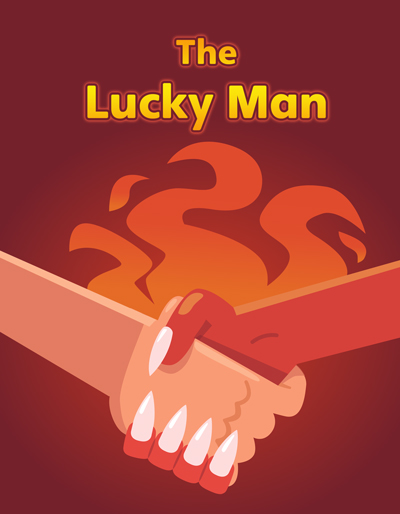 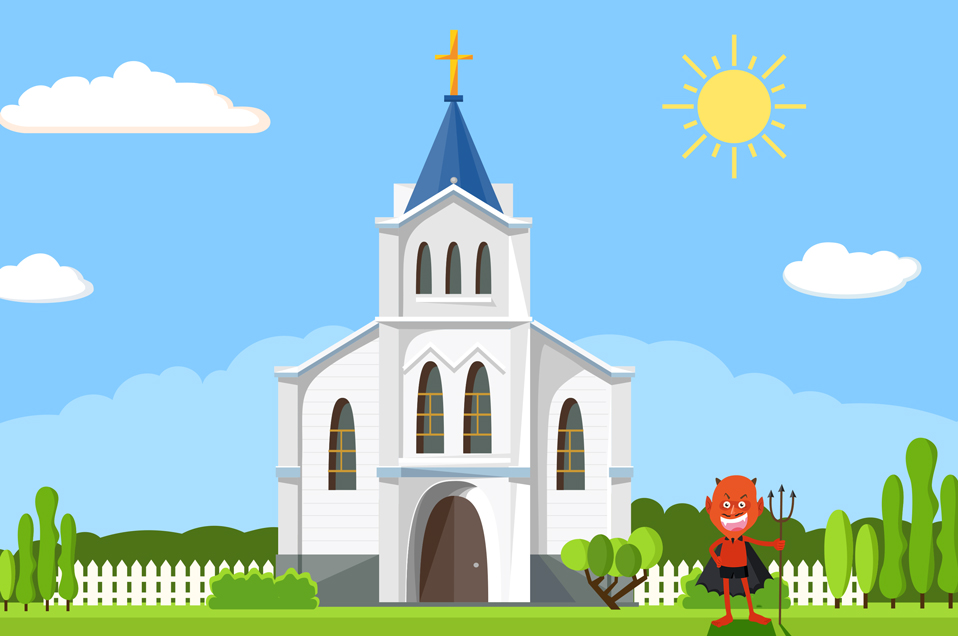 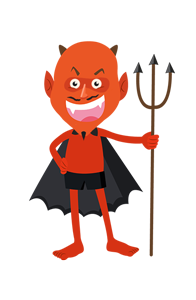 There was once a very talented craftsman who was hired to build a small church in a small village. The man was given a month to complete his task and he assured the people of the village that he would do as he had promised and build them a beautiful church that would make them all very proud.

But the craftsman did not begin work straightaway; instead he used the money to gamble and to buy wine. He often slept late into the afternoons and rarely felt like working in the hot sunshine. And so, before he knew what had happened, the whole month had passed and only a few bricks had been laid in the ground.

The craftsman grew very nervous when he realised that he only had one last night to complete the church. He knew that it would not be possible to finish the task in such a short time and he was sure that the villagers would be very angry and would demand that he repay the money they had given him. And so the desperate craftsman decided to make a deal with the devil.

‘Please, oh devil,’ said the craftsman on bended knees, ‘make this church for me in just one night so that the villagers do not punish me.’

The devil appeared in a puff of black smoke and said to the craftsman, ‘I shall build this church for you in a single night, but in exchange for my work you must promise me your soul.’

‘I promise you my soul,’ said the reluctant craftsman, ‘but the church must be completed by dawn and it must be absolutely perfect in every detail or our deal will not stand and you will not get my soul.’

The devil agreed, and in no time at all he called his workers from the flames and set them to building the church.

The craftsman sat and watched with a heavy heart as the devil and his workers went about building the floor and the walls and the roof of the church. The poor man grew more and more nervous as dawn approached because it seemed certain that the devil would indeed have the church completed by dawn and that it would be perfect in every detail.

As the dark sky turned to a pale blue, the craftsman began to pray to god because he very much regretted promising his soul to the devil.

‘I could have built this church myself,’ mused the poor man. ‘I am talented and I am strong and I can work hard. Why did I not begin the work when I promised I would? And now I am to lose my soul.’

The craftsman prayed and prayed that the devil might not complete the work or that the church might not be perfect so that the deal would be broken. But as the sun appeared on the distant horizon the poor man was sure that his prayers had gone unanswered.

Then the devil stepped out from the church and invited the craftsman to inspect his work. ‘It is dawn and I have done as you asked,’ said the devil. ‘Now your soul is mine and you must follow me into the flames for eternity.’

The poor craftsman looked all about the outside of the church but could see no mistakes whatsoever. Then he walked inside the church and desperately began inspecting the devil’s work in the hope that he might find something wrong. But inside, just as outside, he could find no fault at all.

Just as it seemed that his fate was well and truly sealed, the craftsman noticed a tiny ray of sunlight creeping across the stone floor of the church. He followed the sunlight across the floor and there, at the foot of the far wall, he found that a single brick was missing.

‘You have missed a brick just here!’ exclaimed the craftsman. ‘My prayers have been answered for you have not completed the work in every detail and so our deal no longer stands and you will not get my soul!’

The devil could not understand how he had made such a mistake. He was very, very angry but he could not argue that there was indeed a brick missing from the wall. And just as the sun rose up into the sky, and the excited villagers began to gather at the door to the church, the devil disappeared in a puff of angry black smoke.

Before the craftsman went out to greet the villagers he decided that he would try to put a brick in the hole so that the church would be perfect in every detail. But when he placed the brick in the hole the church began to rumble and rattle and shake, and so he removed the brick and decided that this hole would remain there forever as a reminder of how close he had come to losing his soul.

‘I shall never again make a promise that I am not prepared to keep,’ thought the craftsman as he walked out of the church. ‘I shall be committed to my work and I shall always keep my word.’

The villagers were all delighted with their new church, and the priest too was very pleased when he saw the work. From that day forwards, the little church was always full of people and the craftsman visited often in order to remind himself of his promise.

And do you know that little church still stands today? And if you ever visit you must walk to the far wall and there you will find a hole where a single brick is missing, and where, every dawn, a tiny ray of sunlight creeps across the floor and serves as a reminder to us all that we must always keep our promises and complete the tasks we say we will complete.