The Mystery of the Buried Treasure Kausar Ali 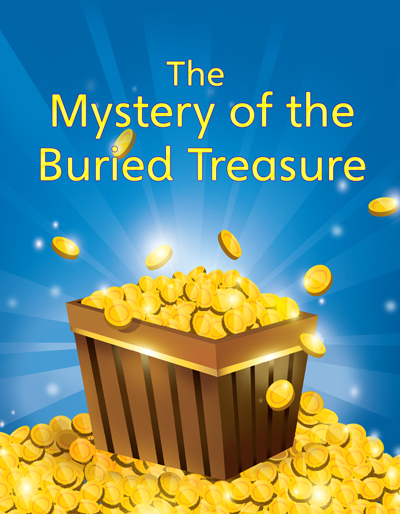 The Mystery of the Buried Treasure 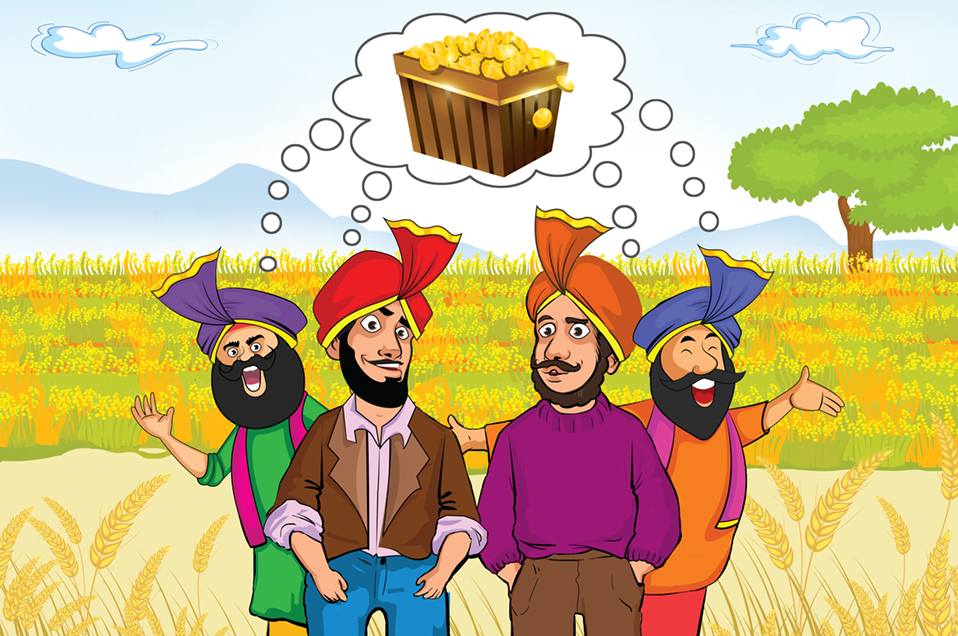 The Mystery of the Buried Treasure

Once upon a time, a farmer and his four sons lived in a village in a part of Pakistan called the Punjab, where many farms were to be found. The farmer was a hard-working man and worked on his farm all day long. The farmer was an honest and kind man, but his sons were very naughty and very lazy.

The boys were always up to no good, creating mischief and havoc wherever they went. Whenever the farmer’s neighbours in the village complained about their terrible behaviour, the boys would apologise but they would never mean it. Instead, they carried on with their wicked ways.

The farmer sent his four sons to school hoping that the boys would learn some manners and would be better behaved, but this did not happen. The boys were late to school every day and were rude to their teachers and became naughtier and even more badly behaved than ever before, no matter how many times the teachers told them off.

The farmer was very sad because, even though he loved his sons very much, he didn’t want them to be naughty or lazy. He wanted them to be good children. He told his sons they would need to stop being so naughty and lazy and learn to work hard, so that when they become men they could take care of themselves. The farmer was going to give his sons one last chance.

The farmer’s sons promised their father they would stop being naughty, badly behaved and lazy. They told their father that, if he gave them one more chance, they would learn to become hard-working and well-behaved. Yet, when they made their promise, they didn’t really mean it and soon returned to their old ways. They were naughtier and lazier than ever before and made any excuse to avoid helping other people.

Soon, days, months and years went by and the four brothers were no longer boys, but had grown up into four young men. As they had not gone to school, they did not know how to read or write and they almost never helped their father with the farm work. In all their years, the brothers had achieved nothing and had nothing to show for themselves and they began to blame each other for their own problems.

By this time, the farmer had become a very old man and was not as strong as he once was. He could not farm as much as he used to because he was old and weak. This meant that he could grow and sell fewer crops at the village market which meant that he had little money to take care of his family. The farmer was very worried about the future of his sons who were still very lazy and almost useless. Eating, drinking and sleeping was all they would ever do.

One day, the farmer become ill and knew that he would not have long to live. Even though his sons were lazy and still very badly behaved, he loved them very much. He was now more worried than ever that his sons would not be able to take care of themselves after he died, as they had no skills and therefore no way they could make a living and provide for themselves.

For hours and hours, the farmer tried to think of something but did not know what to do, until suddenly he was struck by an idea for a clever plan. As the farmer was very ill, he lay in bed and called his four sons to him. As they all gathered around his bed, the brothers began to cry because they realised that their father would soon no longer be with them and that there would be no one to take care of them when he was gone.

As well as telling his sons about the treasure, the farmer told his sons never to fight each other and to be wary of people who tried to separate them from each other. The farmer told them that as long as the brothers stayed united, they would be stronger. Most importantly, they must respect their elders and never tell anyone about the hidden treasure until they had found it.

With that, the farmer breathed his last breath and died.

They dug and dug until they had dug up every field on the farm, but they could still not find the treasure. They thought that the treasure must be buried deeper than they had thought so they set about digging much deeper this time, ploughing the ground as they went.

The brothers soon found some seeds and sowed them into the ground, which they watered every day until the seeds turned into shoots and the shoots turned into the next crop which they harvested. It was very hard work but the brothers worked together and managed to pick it all and sell it at the market and they made plenty of money.

Remembering what their father had told them, the brothers took this money to their uncle who divided the money among them so that each brother had an equal share of the money. The uncle was very proud of his nephews and told them that the money they had earned was the result of their hard work and told them that the real treasure wasn’t hidden beneath the farm, the real treasure was the farm itself. That was the mystery of the treasure!

So the very next year, the brothers worked even harder, growing even more crops and making even more money. Soon they were rich and they enjoyed working together on the farm. The brothers also realised how clever their father was, as his mystery treasure had brought them together and taught them to be disciplined, to respect their elders and to value all their hard work.