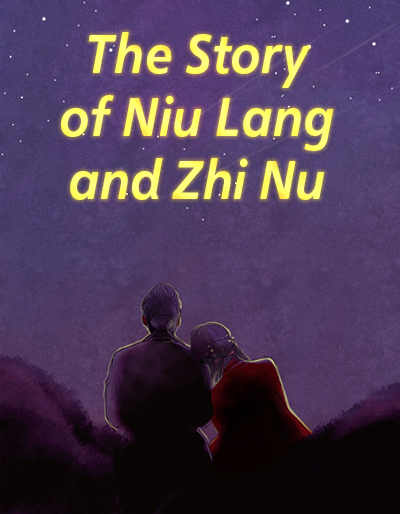 The Story of Niu Lang and Zhi Nu 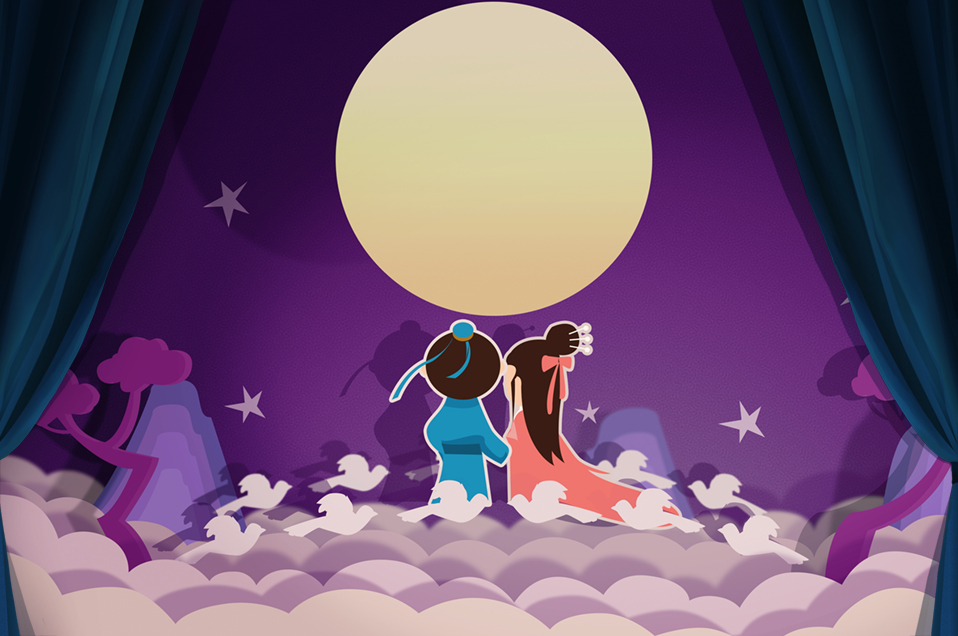 The Story of Niu Lang and Zhi Nu

This legend has existed for nearly two millennia.

Niu Lang wasn’t always a simple cow herder and Zhi Nu wasn’t always a cloud-weaver. Once upon a time they were both stars up in the night sky. Zhi Nu was Vega and Niu Lang was Altair. They were very much in love with one another, even though their love was forbidden by the Mother Queen of the heavens.

When the Mother Queen found out about the love between Niu Lang and Zhi Nu she was very angry and promised they would be separated.

Zhi Nu, the youngest of the Mother Queen’s seven granddaughters, was spared exile, but Niu Lang was cast from the heavens and sentenced to dwell upon the earth where he would live the life of a cow herder. Zhi Nu was to become a cloud-weaver, creating beautiful clouds in the sky.

Even though Zhi Nu enjoyed weaving clouds, she suffered with grief at being separated from her loved one. Her face was always awash with tears and she could find no consolation in her loneliness. She lost herself in her work, hoping that one day Niu Lang would be allowed back into the heavens.

One day, years after Zhi Nu and Niu Lang had been separated, the granddaughters of the Mother Queen asked for permission to go down to earth to bathe in the Lotus Garden. Fortunately, the Mother Queen was in a good mood so she allowed them to go. Before leaving the heavens, they saw Zhi Nu weaving clouds. They were filled with pity for the poor girl and so implored the Mother Queen to allow them to take Zhi Nu with them on their journey. Seeing how sad her granddaughter had become, and feeling a rare compassion towards her, she let Zhi Nu travel with the others to visit the Lotus Garden.

Niu Lang had been on earth this whole time as the son of a poor family of farmers. His was a tough life, and became tougher still when his new mother and father died and he was sent to live with his older brother. Niu Lang was treated very poorly and his brother took all of his money from him and left him only with a cow and an old cart before sending him out into the world to fend for himself.

Niu Lang and the cow depended on each other for survival. Together they built a little house and they lived there alone without any other company. They ploughed the land and survived as best they could. Years passed in the little house until one day the cow spoke to Niu Lang.

‘Today you shall go to the Lotus Garden. There you will see angels bathing. You must find the robes that are red in colour and you must steal them and hide them.’

When Niu Lang asked why he must steal the red robes the cow said, ‘The red robes are the robes that belong to the one who will be your wife.’

So Niu Lang went to the Lotus Garden and hid in the grass and waited for the angels to arrive. As the cow had predicted, the beautiful angels descended from the heavens and began to bathe in the stream. Niu Lang was very nervous, but he did as the cow had instructed and stole the red robes that had been discarded by the side of the stream. As he attempted to hide once more, the angels noticed him and quickly dressed before flying back up to the heavens. Just one angel remained, and she could not leave because Niu Lang had hidden her red robes. Niu Lang told Zhi Nu that he would give her robes back to her only if she promised to be his wife.

Zhi Nu was very surprised, but she studied her captor carefully because she was sure that he was familiar. To her disbelief she realised that it was her long lost love, Niu Lang.

The couple were married and lived happily in their little house with their two children. Zhi Nu weaved cotton and Niu Lang ploughed the land with his faithful cow. Life moved on in this way until Niu Lang came back from the fields one day with the news that his cow had died.

Before his death the cow had told Niu Lang, ‘After I am gone you must make a coat from my hide. You will need this coat to be able to fly and to catch Zhi Nu.’

It was then that Niu Lang had realised his faithful cow had also once been a star up in the heavens. His name had been Taurus. Years before, when the two had been close friends, it was Taurus who had pleaded with the Mother Queen not to cast Niu Lang from the heavens. This display angered the Mother Queen, so she had turned him into a cow and cast him to earth just as she had Niu Lang. During his time on earth Taurus had continued to watch out for his friend. Now he was dead, and he had instructed Niu Lang to make a coat of his hide. Niu Lang did as his old friend instructed.

The very next day a strong wind was sent by the Mother Queen to sweep Zhi Nu and her children up into the sky towards the heavens. Remembering his friend’s words, Niu Lang put on his coat and flew up to catch his loved one and his children. But the Mother Queen removed her golden hair pin and with a single stroke created a river in the heavens that would separate Zhi Nu and Niu Lang forever. At that moment the couple cried out for each other with all of their passion. The Mother Queen was so moved by their love for one another that she decided to allow Nu Lang to remain in the heavens, but he would not be allowed to stay with his wife and children.

Only once in every year, on the seventh day of the seventh month of the lunar calendar, is Niu Lang reunited with Zhi Nu and his children. A flock of magpies form a bridge between the stars of Vega and Altair that allows Niu Lang to cross over the river and be with his loved ones. This bridge can be seen in the night sky.

This story has been passed down from generation to generation. On this day, girls watch the starry night sky and wish for a good marriage in the future. This day is Chinese Valentine’s day.