The Tale of the Wawel Dragon Lily Smith 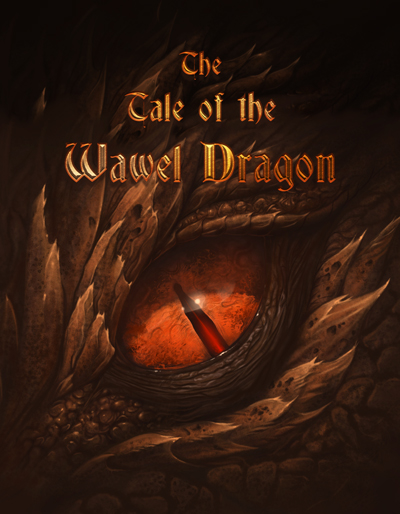 The Tale of the Wawel Dragon 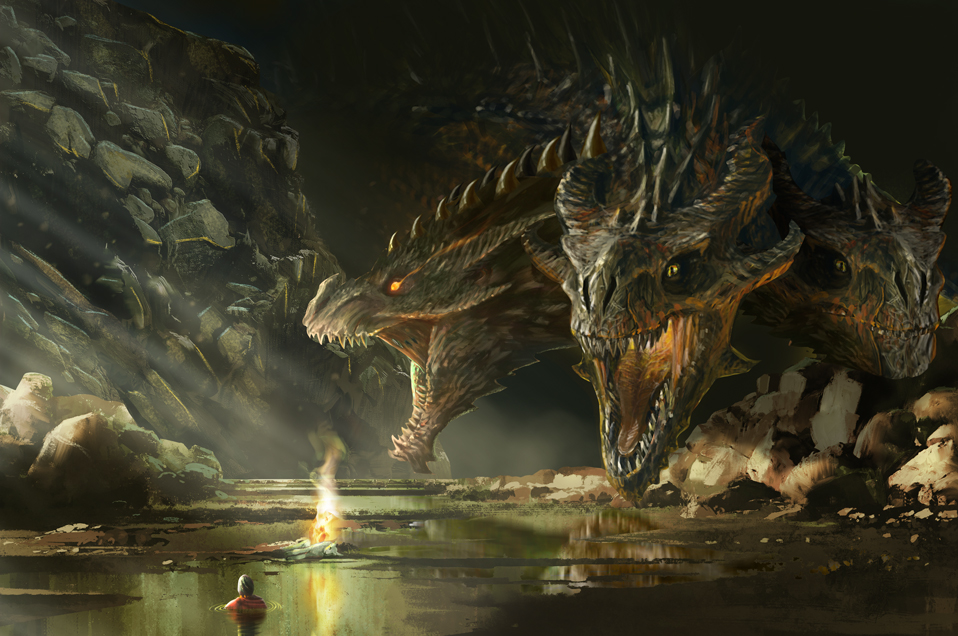 The Tale of the Wawel Dragon

Hundreds of years ago, beneath the royal castle of Wawel, there lay a cruel and menacing three-headed dragon named Smok Wawelski. He lived in a cold dark cave surrounded by bats and snakes who bore witness to the dragon’s villainous acts.

The nearby villagers always knew if Smok Wawelski was about to wreak havoc. They would hear the tremendous thundering of his mighty roar. As he soared over the villages in Krakow, his enormous wings blocked out the sun and cast massive shadows over the houses below.

Smok’s favourite wicked act was to breathe fire onto the villager’s farm animals, crops and the villagers themselves. He preferred his food to be smoked and crispy.

The trouble caused by the dragon was so bad that farmers started to keep their livestock inside at all times to make sure the animals did not become Smok’s next meal.

However, that meant that Smok swooped down upon the people themselves when they needed to go outside. And so Smok developed a taste for people.

Smok became evermore fussy about his meals. He would only calm down when the villagers sacrificed young women to satisfy his appetite.

As the dragon’s demands increased, every young woman for miles around disappeared. In the end, the only young woman left in Krakow was the king’s daughter, Wanda.

Of course, the king refused to give his beloved daughter up to the three-headed Smok. However, Wanda could not leave the country, and she was unable to step outside for fear of the dragon. It was then the king knew that the dreadful dragon must be slain.

The king’s guards travelled to every village in the country carrying this message:

Our cherished towns will bear no more destruction! There is but one solution — someone must step forth and slay Smok! He who saves our towns will marry the princess and later become king!

The eyes of each man in the crowd lit up with the thought of winning the princess’ heart and becoming the king. The challenge became the talk of the town.

However, the people underestimated the difficulty that lay ahead. Countless men who thought they would be excellent dragon slayers were brought down one by one by the creature’s colossal strength.

Little did the men know it, but their tactics were flawed. A knight’s metal armour would protect him from razor-sharp claws only to melt under a blast of scorching fire from Smok’s three heads. An archer’s arrows would allow him to stay far enough away from the fiery inferno, but they were never strong enough to damage Smok’s thick scales.

The country was devastated. The towns were desolate. The king grew desperate.

The whole country was in this sorry state when a young apprentice named Patryk arrived at the king’s gates. The boy was new to town and known to no one, but he had come to the castle with a courageous request. Patryk wore no armour and carried no weapon, but he did have a cunning plan.

The king listened closely to the boy’s plan, which involved nothing but a needle, thread, a dead lamb and sulphur. The king was in desperate need of a hero. He agreed that the boy could attempt what so many knights had failed to achieve.

That evening, the people of Wawel surrounded the boy’s small cottage and peered in through the window. First, they saw Patryk cut open the lamb’s body. He placed the sulphur inside and then sewed up the opening. One onlooker suggested that Patryk was to chase the dragon away with the horrid stench of sulphur. However, the alchemist, whose job it was to experiment with materials, argued that sulfur was explosive and, if eaten, would kill the dragon almost instantly!

As the sun crept into the sky on the following morning, Smok’s lair remained a dark spot in the deepest shadows of the mountains. A crowd of hopeful men and women waited in Wawel. They looked towards the mountains where Patryk climbed the one thousand steps to Smok’s lair.

The journey to the cave was long and steep. Patryk climbed steadily. He carried the lamb over his shoulder. A deep stream, as blue as the bright flowers growing on its banks, ran alongside the path. However, as Patryk followed the stream towards the summit, the darkness grew deeper, the ground was scorched, and the plants were blackened and dead.

As Patryk neared the mouth of the dragon’s lair, he lifted the lamb from his back and placed it near the entrance for Smok to smell it. He lit a small fire on the lamb and ran to the stream to hide in the water.

The ground quaked as Smok appeared from the dark. His tail swung from side to side. His heads turned in all directions. He was angry and hungry. The dragon’s eyes fell on the lamb. He leaned forward and took it in his teeth.

Patryk began to count down from ten as Smok swallowed the bait. The dragon looked pleased with his meal and turned to return to his lair. As Patryk counted ‘seven’, Smok’s stomach began to rumble. The dragon stumbled.

Smok was no more.

The next day the people of the country celebrated Patryk’s triumph. The king proclaimed that Patryk was the smartest boy he had ever met and invited him to meet Princess Wanda. It was decided from then on that, to be a knight, one does not need only to be mighty with strength, but also with intellect.

If you were to visit Wawel cathedral today, you would find that Smok’s bones dangle from the gargoyles on the walls. Legend has it that a cave in the mountains is filled with bones and the gorgeous treasures Smok collected. It has never yet been found.