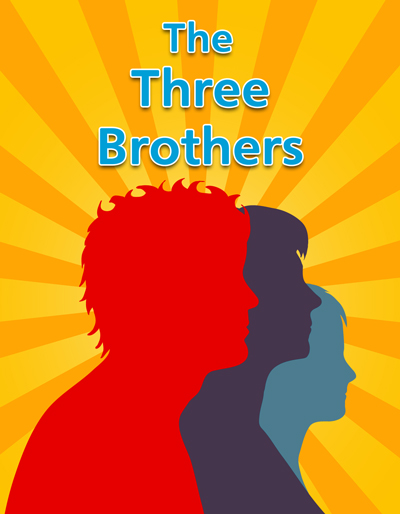 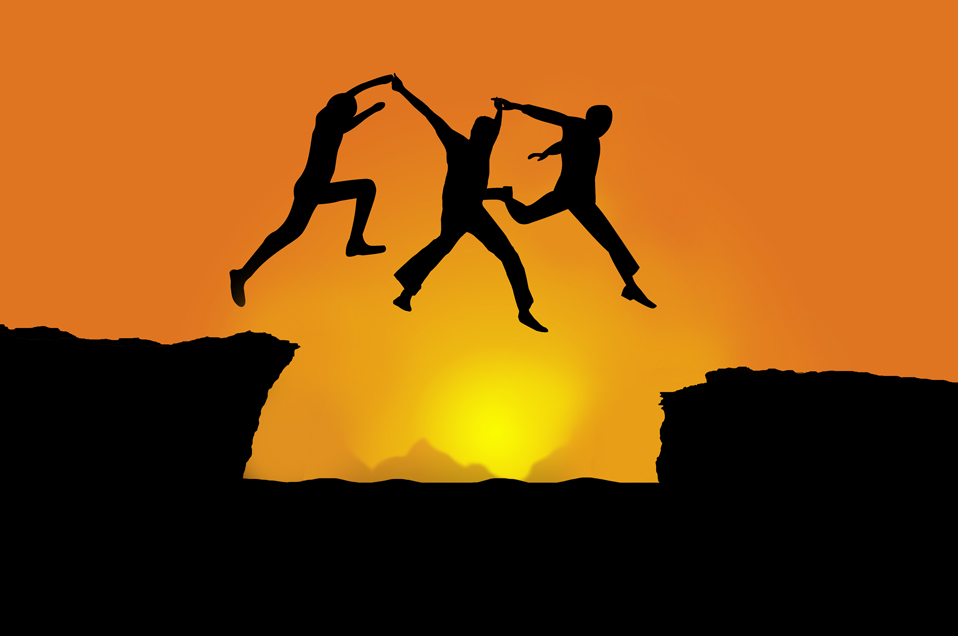 There was once a poor man who died and left his wife and son alone. The boy was named Kordha, and as time passed he grew to be big and strong. The mother and son were happy together but they were very poor.

One day, Kordha asked his mother, ‘Is there nothing that my father left me to remember him by?’

‘There were a few things, my son,’ replied the boy’s mother, ‘but I was forced to sell them so that we could eat. There is only one thing that I can think of... a sword that your father hid in the roof. Perhaps it is still there.’

Kordha was very excited when he climbed up into the roof and found the sword still there, rusted and covered in dust. The boy cleaned the sword and polished it until it shone like new.

The very next day, Kordha told his mother that he was going to leave the village in search of his fortune so that they would no longer be poor. His mother pleaded for her son not to leave, but the boy assured her that he would return as soon as he could. ‘And when I return,’ he told his mother, ‘we will no longer be poor or hungry ever again. We shall be rich and we shall prosper.’

After the first week of his travels, Kordha arrived at a mountain where he met another boy called Ylli. Ylli shared what food he had with Kordha and the two swore to be brothers and to protect one another from harm forever. ‘Our fortunes are now intertwined,’ said Kordha as he raised his sword to the skies.

The next day, the two boys set off together in search of fortune and adventure. They travelled for many days and many nights, across rough terrain and thick forest, until one night they came to rest at a small lake beneath a clear moon. The two boys were very tired and very hungry, and neither was able to catch a fish for their dinner.

In the middle of the night, another boy appeared out of the darkness and offered the travellers some fresh fish to eat. His name was Deti and he joined Kordha and Ylli and the three swore to be brothers and to protect one another forever.

And so the three boys set off the following morning in search of fortune and adventure. They travelled for seven days and seven nights until they reached a magnificent castle surrounded by a huge moat and set in a deep, lush valley of tall grass. On the other side, a proud King stood at the castle gates and said that any man or boy brave enough to jump over his moat would be allowed to marry his daughter. ‘But if you should fail to jump over the moat,’ said the King in his booming voice, ‘if you should land in the water, then you will lose your head to the blade of my best soldier!’

Kordha wanted to try and jump across the moat and win the hand of the Princess, but he was afraid that he might fail and lose his head. ‘Who would look after my mother if I were to fail in my quest?’ he thought to himself.

Then Ylli stepped up and handed Kordha a stone. ‘Why don’t you try to throw this stone across the moat and see how it flies?’ suggested his brother.

Kordha did as Ylli suggested and threw the stone across the moat and watched it land at the castle gates on the other side.

‘That was not so difficult, now was it?’ asked Ylli.

‘But I am not a stone,’ replied Kordha. ‘I weigh much more than a little stone.’

Ylli just laughed at his brother. Then he took a hold of Kordha’s hand and Deti’s hand, and then, without any warning at all, he began to run towards the edge of the moat that surrounded the castle. ‘All you have to do is imagine that you are as light as a little stone!’ exclaimed Ylli as the three brothers approached the edge of the moat and jumped up into the air. With Ylli’s help, the brothers flew higher and higher into the air and crossed over the water as easily as if they had been thrown like tiny stones from the hands of a giant.

‘Which one of you daring young men will be the one to marry my daughter?’ asked the King.

Ylli and Deti decided without hesitation that their brother Kordha should be the one to marry the Princess.

The very next day, there was a huge ceremony with food and music and much celebrating. The three brothers were dressed in fine clothes and Kordha was sure that he was the happiest person in the whole world. The Princess was kind and beautiful and gracious, and she talked with Ylli and Deti and held Kordha’s hand all day and never left his side.

After the wedding, the three brothers sat together and tried to decide what they might do next. Kordha was sure that it was time to return home to his mother and so he asked his brothers if they would join him and make a life for themselves in his village.

‘We swore an oath to be brothers and protect one another forever,’ said Ylli.

‘Brothers stay together,’ said Deti with a smile.

And so the Princess and the three brothers decided to travel to Kordha’s village the following morning.

The King was very sorry to see his daughter leave the palace, but he knew that she would be happy with her new husband and he gave the young couple a huge chest full of gold to help them start their new life together.

The three brothers and the beautiful Princess set off on their journey just as the sun was rising over the crest of the valley. They travelled for many days and many nights, and the journey was not always easy or without battle, but finally the four of them arrived at Kordha’s modest home in the little village.

When she heard the sound of horses approaching, Kordha’s mother ran out to greet her son with tears in her eyes. She could not believe that he was dressed in such fine clothes and was married to such a beautiful Princess. And then Kordha introduced his mother to Ylli and Deti and told her how they had become brothers and had sworn to protect one another forever.

‘If you are brothers to my son,’ said the old woman, ‘then you are sons to me.’

That night, Kordha’s mother cooked a meal for everybody and together they ate and drank and talked about the life that lay ahead of them.

After the meal, Ylli stood up and nailed a feather to the doorframe of the little house. ‘This feather is a sign of our love and our oath to protect one another. If ever this feather drips with blood, we will know that one of us is in trouble, and we will know to come and help.'

And so the brothers made a life in the little village and were very happy. Deti became ruler of the village and Ylli found himself a beautiful wife. The three brothers were sometimes forced to defend their lands against neighbouring kingdoms, but they fought as one and always defeated their enemies. That is the power of friendship, loyalty, and brotherhood.