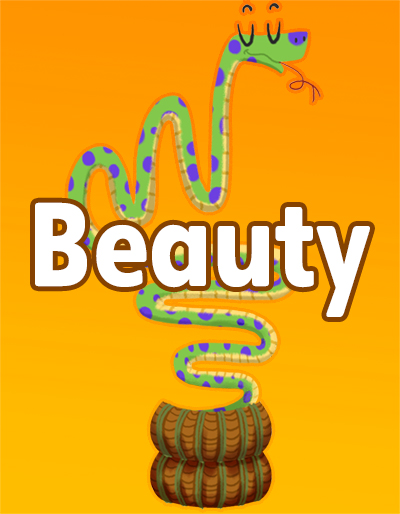 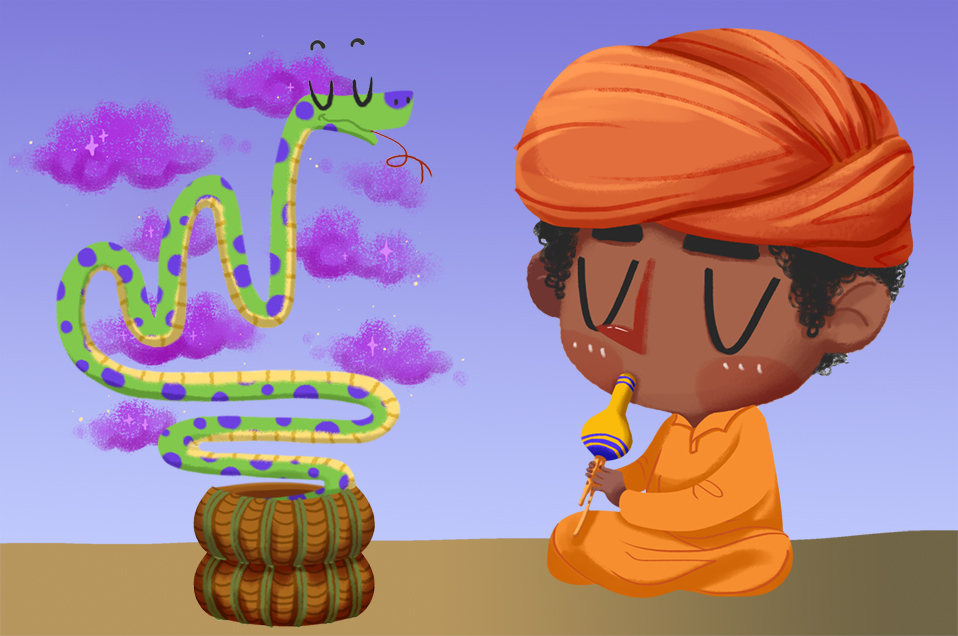 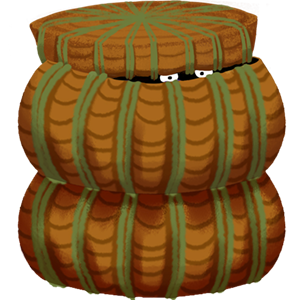 ‘I want a baby,’ Aadab demanded one day, ‘and I want a baby now. I'm young and beautiful, and I'm married. I need a baby before I'm too old and past my prime.’

Her husband, Arinjay, sighed a deep sigh. ‘You can’t always get what you want,’ he said.

‘But I want it now!’ she screamed.

Eventually, Arinjay relented and the couple tried for a baby. For years they tried but nothing happened. Every day – morning, noon and night – they prayed to the gods. They also prayed to the local snake charmer, who was considered a holy man, influenced by the gods, but still there was no baby.

Aadab’s parents had chosen her husband for her because it was an accepted part of their culture and tradition. But Aadab had always been angry about their choice because Arinjay was much older. He wasn't considered very good looking and he had a bad temper. He was one of nine children and always had to fight for any attention within the family. As a result, he had grown into a bitter and often very angry man.

But, after thirteen years of marriage, both Aadab and Arinjay became patient and calm and eventually the couple grew to love each other very much.

One day, quite suddenly, Aadab’s belly began to grow. The doctors were very surprised to announce that Aadab would give birth in only a few months’ time.

On the day the contractions started, the village women all rushed around to help. They fetched water and blankets and made sure Aadab was comfortable. But instead of tears and happiness at the birth, there was only confusion and fear. It wasn't a beautiful baby that appeared from the young woman’s womb that day, but a snake! The snake was grey and green and scaly. It had a forked tongue and wild eyes. Nobody spoke because they were all so frightened. But Aadab, who had learned kindness and gentleness over the years, took the snake into her arms and wrapped it in a warm blanket.

‘I learned this lesson many years ago,’ she told those gathered around her. ‘Beauty comes from within. There must be a reason for this to have happened. I will love this snake as I would any child.’

And so Aadab named the snake Nagas and proclaimed her to be very beautiful and precious. The people of the village were impressed by Aadab’s attitude and soon Nagas became very important to everybody. She was treated as sacred. The villagers all believed that she was blessed.

But outside the village, life was not so easy for Nagas. She was bullied and made to feel very bad. She had no friends and often spent her time alone.

When she was older, her parents decided that it was time she should marry. They searched everywhere for a husband but no one could be found. The boys and men from neighbouring villages fell about laughing when the wedding was suggested.

‘What do you take us for?’ they cried. ‘None of us will marry an ugly snake!’

Aadab and Arinjay searched high and low for a husband to marry their snake daughter, but eventually found a boy called Murali. Although he was eligible and prosperous, Murali had no wife because he hadn't spoken a word since his parents had been killed by one of the fierce lions that roamed the area. So affected by the loss was Murali that he remained forever mute.

When Aadab and Arinjay suggested the marriage, the young boy simply nodded his head in agreement. He had been teased and bullied since he had lost the ability to speak and he understood what it was like to be alone and unloved. So a few months later, the mute boy was married to the snake.

Everyone watched and waited to see what would happen. Every day the boy smiled and gained confidence. Every day Nagas the snake coiled across his knees, or draped her long body around his neck. Nobody could quite understand why the odd couple always looked so happy and contented.

One night, some of the villagers gathered outside the window of the young couple’s home and what they saw amazed them all.

As night set in and the stars and moon filled the sky, the couple snuggled beside the fire. They embraced and suddenly there was a gentle tearing noise and the grey skin of the snake split open and fell away. A beautiful woman stepped out of the skin. That was when the young boy spoke aloud and smiled and held his wife in his arms. They laughed and talked all night and the villagers couldn't believe their eyes.

But the next morning, as the sun rose slowly, the boy again lost his tongue, and the girl clambered back into her snake skin. It seemed that for just a few hours each night they were both free, no longer trapped by their bad luck.

The villagers all retired to their homes, but not before they told Aadab and Arinjay what they had seen.

‘It is true,’ they insisted, ‘you have a beautiful daughter and your son can speak!’

On the following night, both Aadab and Arinjay crept silently to the house of their son-in-law. When they heard Murali laughing and talking, they burst into the house to see for themselves. Nagas and Murali were both terrified that their magical spell would be broken by the intrusion, so that they would be forever be cast back into their respective roles of snake and mute boy.

But Aadab grabbed the mountain of skin that had been shed on the floor and tossed it into the fire where it hissed and crackled and burned to ash!

There was silence in the little room as the young couple waited for their inevitable fate. Then from outside the house, in the still night, the snake charmer began to play his flute which is called a pungi.

Nagas did not change back into a snake, and when he realised this, Murali cleared his throat and said, ‘You look beautiful, my wife.’

‘And you can speak even though my parents are here!’ exclaimed Nagas.

The young couple embraced and both Aadab and Arinjay cried with joy. A celebration was held that lasted for many days and people came from miles and miles around to see the beautiful, happy couple.

High up in the hills, the snake charmer smiled and transformed himself back into his usual form. There was a flash of light and then, amongst the flowers and plants of the forest, the Asiatic lion appeared and roared a mighty roar. The great lion settled in a shaded corner of the forest and hid his pungi beneath his large paws – and he knew then, that his debt had been settled.