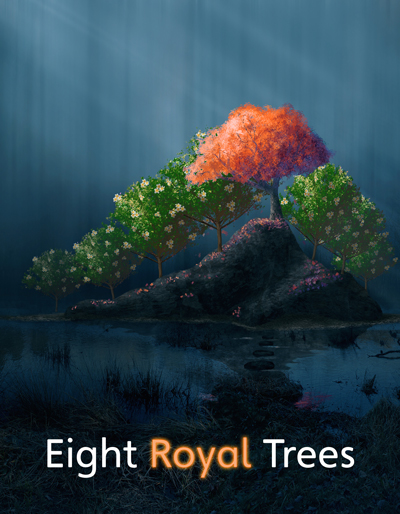 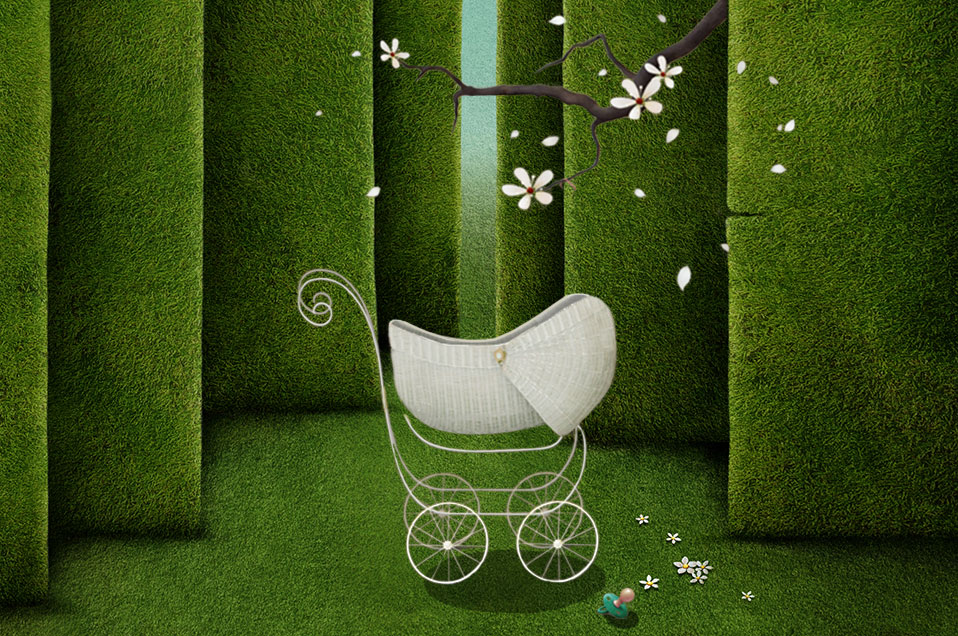 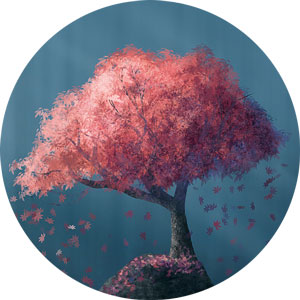 There was once a powerful king who was married to seven queens. The king was a good ruler and a generous man, but he had no heir to his throne and this made him very sad.

One day, the youngest and most beautiful of the king’s wives became pregnant. The king was overjoyed at this news and there was much celebrating.

The older wives became more and more jealous of the young queen as their husband, the king, began to pay her more and more attention and bestow upon her lavish gifts and affection.

When the day finally arrived, the youngest queen did not give birth to just one child, but instead gave birth to eight beautiful babies: seven handsome boys and one beautiful girl.

The jealous queens, unable to have children of their own, hatched an unspeakable plan when they learned of the birth of the eight children. During the night, before the poor king had a chance to see his sons and his daughter, the queens stole each child, killed them and buried them in the palace gardens where they would never be found.

Then the jealous queens replaced each boy with a puppy dog, and the baby girl they replaced with a small kitten. Then they called for the king to come quickly to the youngest queen’s chambers.

‘You see she has given birth to animals,’ said the first wife.

‘This is surely witchcraft,’ said another. ‘You must banish your youngest wife from our kingdom.’

Although the youngest queen protested her innocence to the king, she was still banished from the kingdom and forced to live in exile, never knowing what had happened to her beloved children.

The years passed until, one warm spring, something very strange happened. From the earth where the wicked queens had buried the eight children, there grew seven Champa trees and one Parul tree; beautiful and colourful and rich in aroma.

Then a soft voice drifted on the scented breeze. ‘Bring the banished queen to us and see if she can pluck our flowers.’

The king ordered his most trusted guards to fetch the banished queen and return her to the palace.

Upon her return, the young queen was asked by the king to approach the mysterious trees and try to pluck the flowers from the branches. When she reached up and plucked a flower from the first Champa tree, a baby boy emerged from the flower and was reunited with his mother. The same thing happened with the second Champa tree and the third, until all seven baby boys were reunited with their mother. And when the queen reached up and plucked the flower from the Parul tree, a beautiful baby girl emerged from the flower and embraced her mother once more.

The king was overjoyed to see his family reunited at last and asked his wife to forgive him and to return to the palace forever.

The king also learned that the older queens had been responsible for the evil plot to separate him from his youngest wife and his eight children. He immediately ordered that each wife be imprisoned for life and never spoken of again.

After the evil queens were imprisoned, the youngest queen and the king lived happily ever after with their eight beautiful children who all grew up to be strong and healthy. This story quickly spread throughout the kingdom and the people learned that no good can ever come of envy or of wrongdoing.