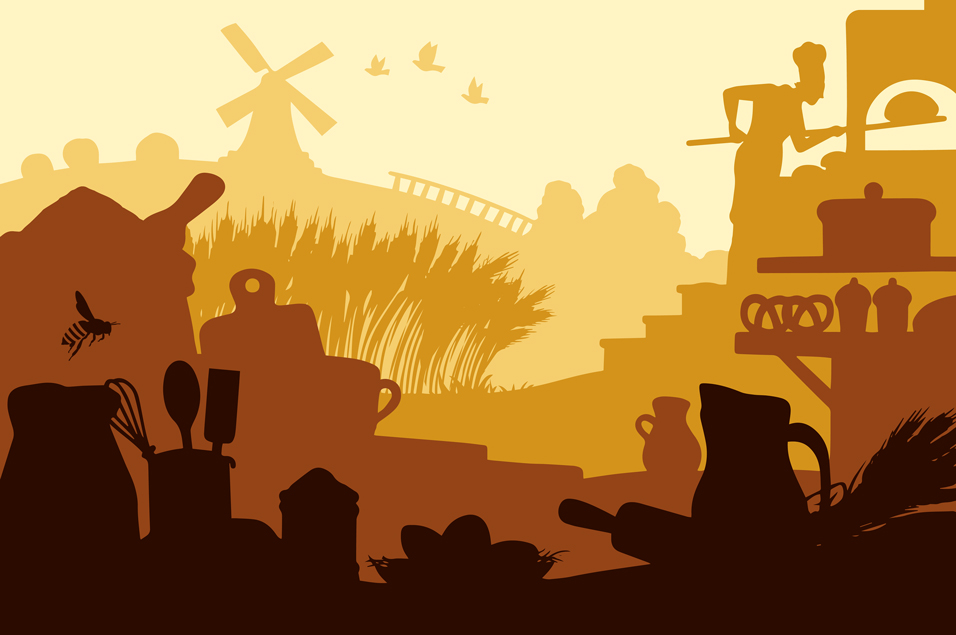 Back in medieval times, in a Polish town called Toruń, there lived a poor baker’s apprentice. His name was Bogumił.

Bogumił was not only honest and hardworking; he was also a keen learner. His master was a fair man and was pleased with Bogumił’s work. The apprentice never complained, and he worked day and night at the bakery with a happy smile.

Bogumił’s master had a beautiful daughter named Katarzyna, whom Bogumił secretly loved. The boy dreamed that one day, she would marry him. However, the baker had different plans for his daughter’s future. He wanted her to marry a rich and prosperous man who would give her security in life.

One day, a wealthy widower came to the bakery. It soon became clear that he had come with a purpose in mind. When Bogumił noticed that the man was fond of Katarzyna, he lost all hope. Quietly, he left the bakery and wandered into a nearby meadow. He strolled, sighing sadly, thinking that as she had such a grand suitor, Katarzyna would never want to become his wife.

Bogumił stopped in the middle of a footbridge over a brook. He watched the water running below. Suddenly, he spotted a small bee that was drowning in the stream. The poor creature was trying to get out of the water but it could not. Bogumił bent over quickly and fished the exhausted insect out of the brook with a twig. He placed it gently on the grass.

Soon after that, another bee appeared. With astonishment, Bogumił realized that it was the queen bee.

‘Thank you for saving the life of one of my workers,’ she said. To thank you for your kindness, I’ll tell you a secret—to make the best gingerbread cookies, add some honey to the dough.’

With that, the queen bee flew away.

On his way home, Bogumił learned some great news. The king himself was visiting Toruń the next day and he wanted to taste the finest gingerbread in the town.

All of the bakeries were busy getting ready for the big day. The bakers were mixing and stirring all night. Each of them wanted to please the king.

Bogumił also returned to work. He remembered the queen bee’s advice and, when no one was looking, he added some honey to the dough and baked the cookies very carefully.

The following day the king arrived and as soon as he tasted Bogumił’s cookie he said: ‘This is the best gingerbread I have ever tasted! The baker who made it deserves a grand price. What’s more, he may ask for whatever he wants.’

Bogumił’s eyes beamed with pride and joy. He had only one thing to ask for—permission to marry Katarzyna. The king gave Bogumił a pouch of gold, to the value of two bakeries, and put in a word for him with Katarzyna’s father.

Soon Bogumił became a craftsman and opened a bakery of his own. He married Katarzyna and they lived happily ever after.

Everyone in Poland knows that the best gingerbread cookies come from Toruń, and honey is now one of the key ingredients in gingerbread recipes today.