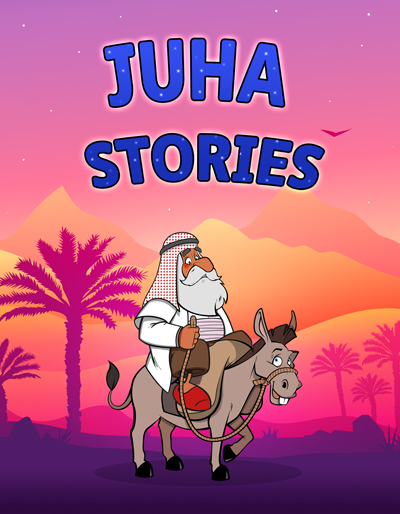 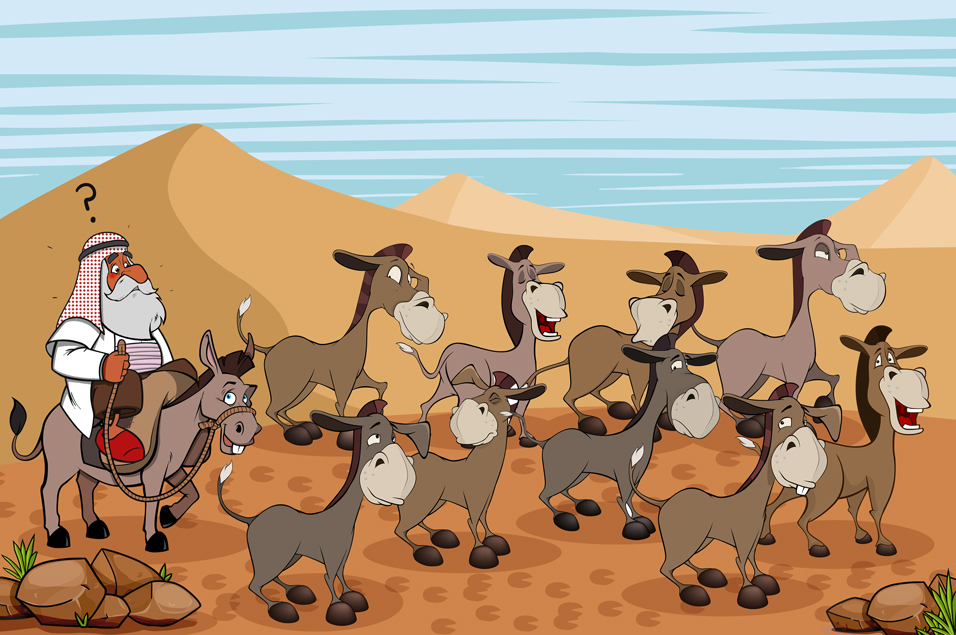 One day, Juha bought ten donkeys. He rode on one of them and herded the nine in front of him. He started counting the donkeys and found only nine, forgetting the donkey he was riding on!

He counted them again and again.

Then he said to himself, ‘To walk and win a donkey is better than to ride and lose a donkey.’

So, he walked behind the donkeys till he reached home!

One day, Juha rode on his donkey and went to the market to buy some things for his family.

The market was very crowded with people. Juha lost his donkey there.

He started to look for it; he was smiling and happy all the time.

Some people asked him, ‘Why are you so happy and smiling, although you have not found your donkey yet?’

He said, ‘I am happy and smiling because if I had been riding on my donkey I, myself, would have been lost.’ 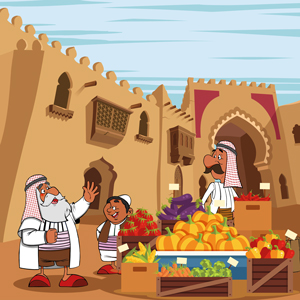 A Donkey for One Dinar

One day, Juha lost his donkey. He decided to sell it for one dinar if he found it again.

Afterwards, he went to the market.

He called out, 'Who will buy a donkey for one dinar and a tomcat for 100 dinar? I will sell them together but not separately!' 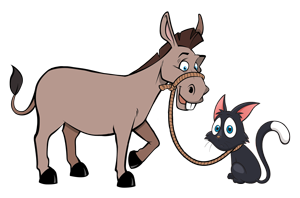 Donkeys Know Each Other!

One day, Juha was riding on his donkey going to the market.

On the way, he met some of his friends who wanted to have fun with Juha.

One of them said, ‘Oh Juha, I recognised your donkey, but I did not recognise you!’ 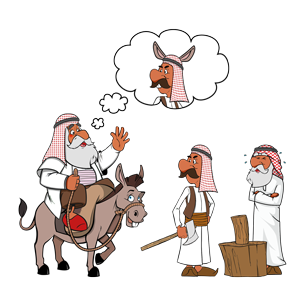 Juha and the King’s Donkey

Once upon a time, there was a king who had a donkey. He wanted him to speak.

So, the king ordered Juha to teach the donkey to speak, and if Juha could not do that then the king would kill him.

Juha agreed to teach the donkey to speak on the condition that the king would give him 20 years to do that.

Then Juha went home to his wife and told her what the king had ordered him to do.

His wife was worried about him and she said, ‘Have you ever seen a donkey that speaks? Do you want to be killed?’

Juha laughed and said, ‘Don’t worry. I have 20 years to do this. During these 20 years, either the donkey will die, or I will die, or the king will die!’ 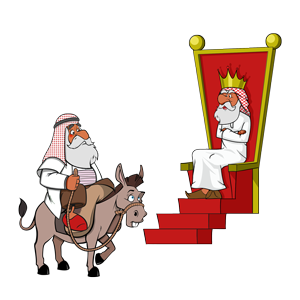 Juha and the Box

Juha went to the market and bought a box.

He carried the box on his shoulder, then rode on his donkey and went to the village.

Salma, his neighbour’s daughter, saw him and said, ‘Why are you carrying the box on your shoulder?’

Juha said, ‘My donkey is weak and he will not be able to carry me and the box together. I carry the box to help him.’

Salma laughed and said, ‘How are you helping the donkey if you are carrying the box and riding on the donkey?!’ 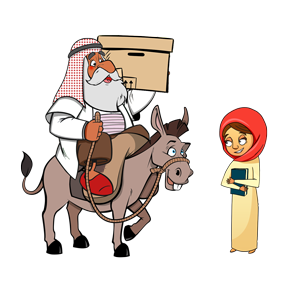