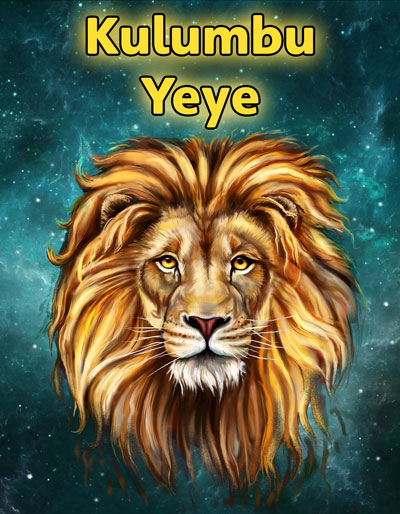 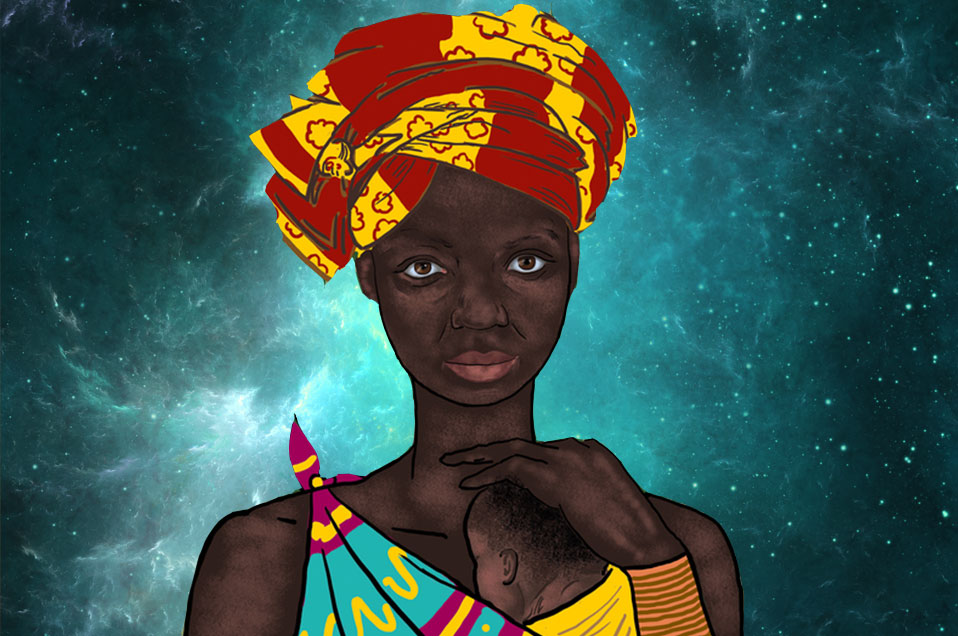 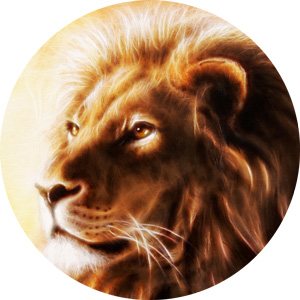 A long time ago, in the outskirts of Jago village, there lived a lioness and her cub, whose name was Kako. The lioness was very fond of her baby and every night before he went to sleep, she sang the song 'Kulumbu Yeye' (Bouncy Baby).

As the days went by, Kako's mother and her cub grew so fond of each other that they were literally inseparable, until one fateful day.

As was usual, the lioness prepared to go hunting for food.

Her cub wanted to go with her and said, 'Mother, can I hunt with you? It's boring just lazing around in the sun.'

'No.' The lioness was emphatic. 'As you know, it is getting increasingly difficult to get good meat near home. Today, I want to explore new territories and I will only take you once I know it is safe.'

'All right, I'll wait for you here,' said Kako disappointedly, as he watched his mother disappear into the deep jungle. He waited for his mother all day, and he began to get worried when by night she had not returned.

'Please God, keep my mother safe,' he prayed, but before he could finish his sentence, he heard a loud boom!

The sound was spine-chilling. Like a thunderclap, it reverberated through the jungle. Kako jumped in fright.

His mother was still out there in the forest. He broke out in a cold sweat and began to shiver uncontrollably.

'What if... what if... if that noise was a gunshot? Oh my, what if Mother had been...?' He stopped and swallowed thickly. He could not bear to think about it. Impulsively, he made a dash for the jungle.

As he approached the forest, he shouted for his mother. 'Mama! Mama! Mama, where are you?'

Soon he heard footsteps behind him and he spun round.

It was his Uncle Kiniun. 'What are you doing out here on your own, Kako? These forests are dangerous for a young lion like you. This is not a playground, you know.'

Kako was suitably upbraided, but he still needed to find his mum.

He said, 'I am looking for my mother. She's been out hunting all day – she's usually back by now.'

Kiniun eyed him thoughtfully. 'I'm sure your mother will be okay. Maybe she missed her way in the forest. You know how dense it is. Now you run along, run along to your den while I go and look for her.'

Something in the cub's voice made Kiniun realise it was futile arguing with him.

'Alright, but make sure you stay close to me as we move through the jungle.'

The two animals continued to prowl in search of the lioness, and before long they saw a figure under a big Iroko tree. They dashed forward only to find the lifeless body of the great lioness lying in a pool of blood.

'Mother!' As Kako looked at her body, his jaw dropped. He moved closer and began to pull her up.
'Mother, get up and let's go home! It's dark! Come on! Come on!'

'Kako,' said Kiniun, 'your mother is dead. Now please come with me. I'll arrange for her to be taken away from here.'

Kako's refusal was emphatic. He began to sing gently.

The picture of his mother's tragic death was deeply imprinted on Kako's mind. All the animals were kind to him and they took good care of him so that he lacked nothing, but no one could take the place of his beloved mother. He longed for her day and night and when he realised that he would never see her again, he began to get angry and bitter. He promised that he would one day take revenge on the humans who had killed her. He planned to carry out his revenge when he became a mature lion.

Many years rolled by and Kako grew to be a handsome, strong and fearless lion. One dark moonless night, he crept out of his den and made his way towards the forest border. He knew this could be a dangerous mission. He too could be killed by a hunter, however he felt that his undertaking was more important than his safety. He had waited for the day when he would avenge his mother's death and he was not going to change his mind.

He climbed over a steep hill and crossed two streams before he eventually caught sight of Lantoro village. It was sprawled in the distance under the great Olumo Rock. Kako sprinted towards the settlement, but as he drew near, he stopped running. Instead, he began to creep as quietly as possible so as not to rouse the villagers.

'I will give one or two houses an unpleasant surprise,' he thought, now revealing a set of vicious teeth and razor-sharp claws. 'It is pay day for those wicked humans who left me motherless.'

He hurried in the direction of the huts that lay ahead. He saw a flicker of light in one of the shacks. This was where he decided to make his first unwanted appearance.

Kako moved closer to the hut. Quietly, he stole around the house to the back yard and positioned himself behind a tree and observed the hut as he worked out a plan of attack.

Through a side window of the house he saw a woman come out from one of the rooms. She carried a baby on her back. The child was perhaps two months old.

This young mother looked worn out, a sign that she'd been kept awake all night.

'This is my chance,' Kako thought as he crept out of his hiding place, ready to pounce on the unassuming mother. He tiptoed towards the back door and raised his left paw to kick it open, but something stopped him. It was a song! The young mother was singing to her baby.

Kako froze. He hadn't heard that song since the night before his mother was killed. He remembered the good old days when she sang the same tune to him as a baby. He could picture his mother taking funny dance steps as she sang.

Strangely, as the woman continued to sing, her voice began to fade and Kako could only hear his late mother's voice, and that moved him to tears. There and then, he resolved not to go ahead with his plan and decided to go back into the forest.

'I don't think it is wise to make another child motherless, knowing the hurt I grew up with,' he reasoned.

Many years later, that baby grew to become a fine, responsible young man. He loved animals and fought hard for the preservation of the forests around the region. One day, the people of Lantoro village decided they wanted him as their chief and they had a big ceremony in honour of their new leader – a good chief who served his people well and who did not forget his friends, the forest animals. He made a decree that no one should hunt any of the endangered animals like lions, giraffes and elephants, and from that time, the forest animals enjoyed safety and peace.