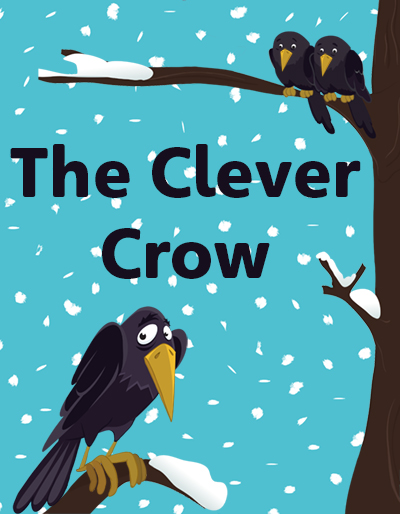 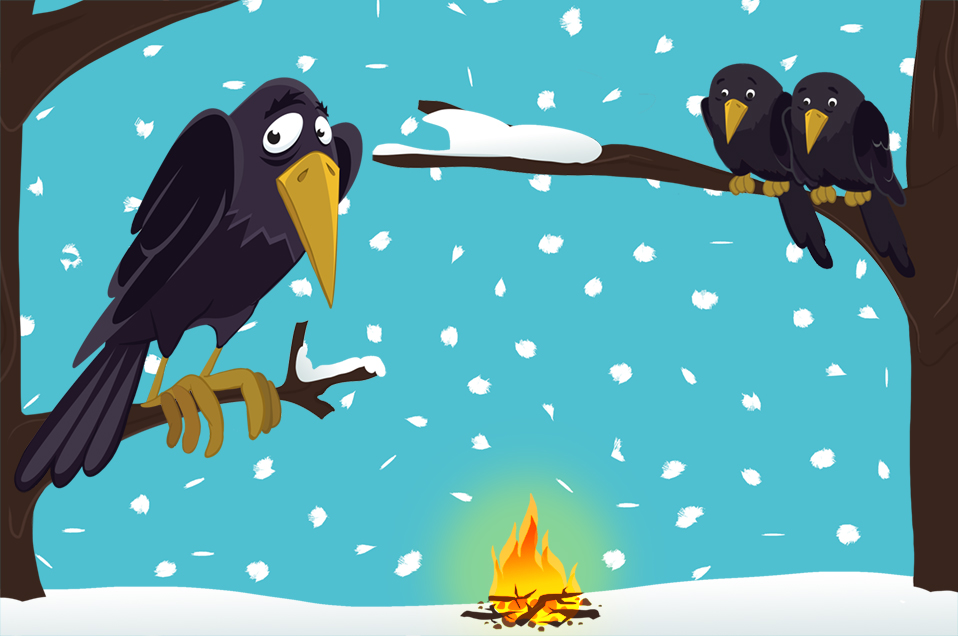 There once lived a crow called Bipu who lived in a small village called Siri. It was a very cold day and so Bipu was resting cosily on a tree near the village.

In the distance on another tree sat a very old crow called Rani. The chill made Rani shiver and she had no strength to fly far in the bitter cold. Below Rani’s tree, there were four men who were warm in their woollen blankets and they were sitting around a lovely hot fire. They were chatting and enjoying a snack of bread and tea.

Rani was very tempted by the warmth of the fire and she crept closer to try to get warm.

But the men thought she was trying to steal their bread and went, 'Shoo … shoo,' to scare her away.

Rani tried to plead with the men. 'I only want to get warm by the fire. I won’t eat your bread. Please…”  But the men refused to let her near their lovely warm fire.

Bipu had been watching this from his tree and he felt very sorry for Rani. He decided that he wanted to help her.

Bipu thought about making his own fire for the crows but he was not sure how to do it. He decided that he needed help from his friends.

Bipu crowed loudly and soon all his friends had gathered around him. Bipu shared his idea with the other crows and asked them to think hard about how they could make a fire. Suddenly, a little crow came up with a great idea. She asked each of the crows to fetch a few twigs and a little hay. Soon they had gathered plenty of dried twigs and hay.

But they needed a spark to light the twigs. Bipu and the little crow gathered a few stones to rub and start a fire. They sat on the pile of twigs and kept rubbing the stones. Soon flames lit up the heap of hay and twigs. Hurray! Now they could all be warm! The crows were delighted. Rani was very comfortable near the fire and she thanked Bipu and his friends.

So the spark of ideas and teamwork kept the crows warm and happy.