The Days of the Blackbird Beatrice Lavezzi 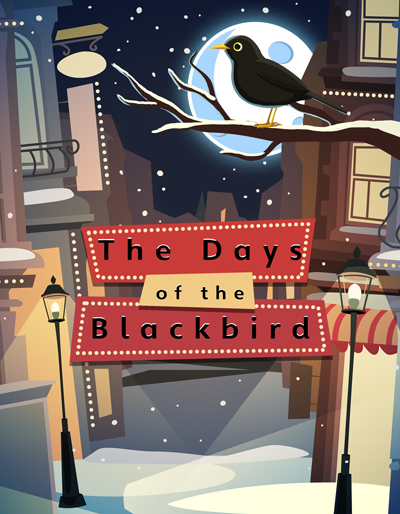 The Days of the Blackbird 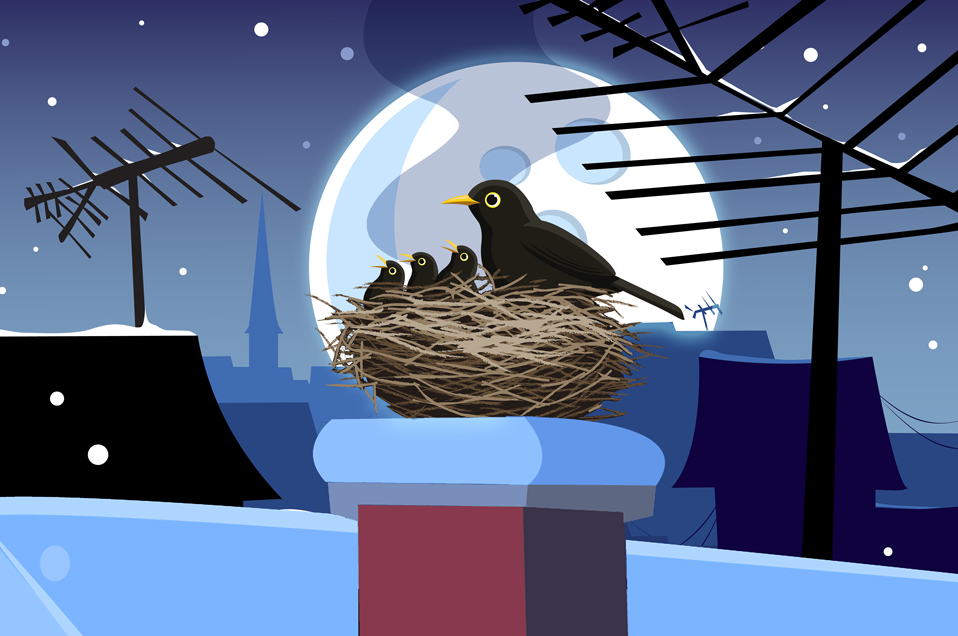 The Days of the Blackbird

An old tale from Northern Italy

Long ago, there was a family of blackbirds that lived quite happily. At the end of summer, they moved to a city called Milan, in Northern Italy, with their three newborn chicks.

In winter, the family found a good place to nest. It was under the eaves of a house where they could stay safe from the snow. That year, the winter was freezing and it snowed for many days.

After a week in the new nest, the mother and father realised that it was becoming harder and harder to find food. While the mother stayed with the young blackbirds, the father flew around all day. From morning to evening, he flew around Milan trying to find food for his family.

He flew all over the city, to every corner of the gardens, parks, squares and the balconies of the houses.

Sometimes people outside cafés were moved at the sight of the poor bird and threw him some crumbs. It was the only food that the family could get, because everywhere else the father bird found just ice and snow.

However, it became so cold that even people stopped going outside.

It was the coldest winter Milan had ever seen.

It was then that the blackbirds decided that the father bird would fly south. He would travel away from the city and the snow to find a safe, warm place for the nest.

The father bird left. In the meantime, it kept on snowing. The snow brought even more cold.

To protect her chicks, the mother bird moved the nest to a nearby roof. There, thanks to a big, smoking chimney, they found a warm place to wait for the father bird's return.

The unbelievable cold lasted for three days. Those days were the 29th, 30th and 31st of January. For those three days, the father bird was away. When he came back, he almost did not recognise his family. The mother blackbird had turned smoky grey from sitting in the smoke from the chimney. The soot had made her chicks all black.

Finally, on the fourth day, the first day of February, a pale sun appeared and all the blackbirds came out of their nest for the first time.

From then on, blackbirds have all been born black and white ones are just a legend.

In Milan, the last three days of January (which are usually the coldest days of the year) are called ‘the days of the blackbird’ to remember the adventure of the brave blackbird family.