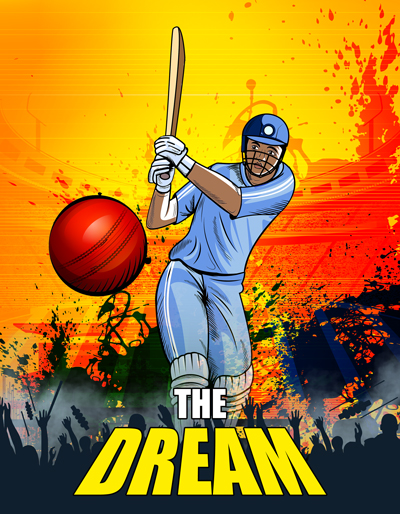 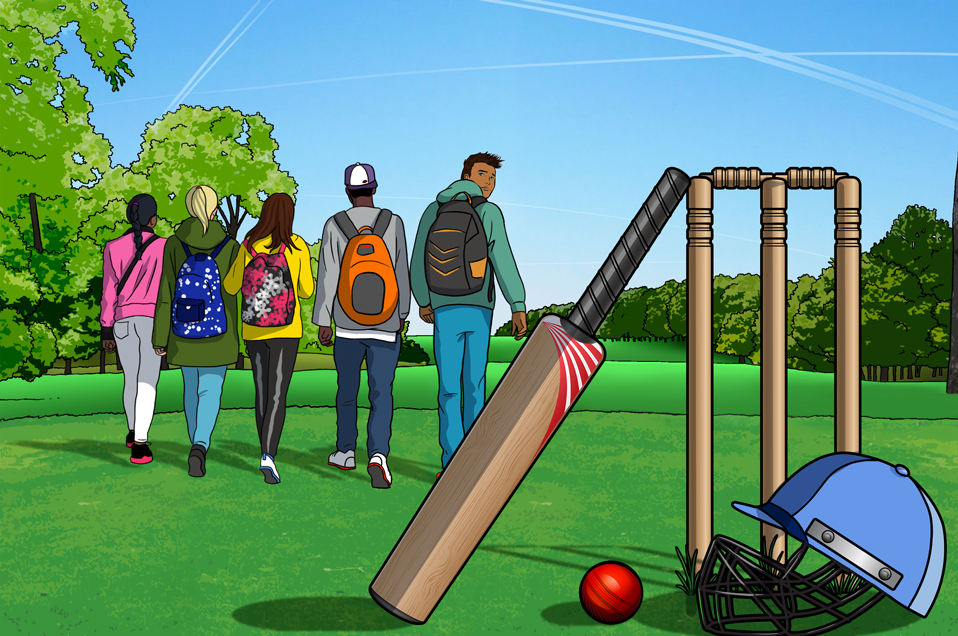 There was once a boy called Jagan, whose dream was to become a famous cricket player. The boy would pray every day for his dream to come true, but Jagan was not a lazy boy, so he would also practise very hard at the club.

Jagan made sure to run, exercise and eat well. He would do his homework as soon as he got home so that there was time to play cricket with his friends at the end of each day.

One day, Jagan was told by his father that they were leaving their home and travelling to a faraway country called Britain. He was very nervous but Jagan knew that his father was doing what was best for the family.

Jagan helped his father pack their belongings and prepare for the long journey. He also helped his mother tidy the house and he looked after his sister whenever he was asked.

When the family finally arrived in London, young Jagan felt out of place and alone. He was determined to make the most of his new life and so he found a club where he could play cricket and he continued to follow his dream.

He always practised very hard, and when he enrolled at the local school he made sure that he completed his homework on time so that he could play cricket at the end of each day. Jagan was as determined as ever and he was convinced that one day his dream would come true.

The new school was fun. Jagan soon made lots of new friends and the time passed quickly.

Jagan’s friends did not understand why he was so interested in cricket.

'It is a waste of your time,’ said one of his friends.

‘Why do you spend all that energy on a silly dream that will never come true?’ asked another.

At first, Jagan was able to answer these questions easily. He knew what he wanted and he knew what he had to do to get it. However, as time passed, the questions became harder and harder to answer. Jagan’s friends always seemed to be going out and having fun and talking to girls, while all he did was work and practise hard.

One day a friend said, ‘Why don’t you forget your silly dream and come to the cinema with us?’

Jagan did want to see the film, and he was tired of always working and practising when everybody else seemed to be having more fun than him. So Jagan decided to miss his cricket training at the club. He missed it again the next night and again the next.

Soon, Jagan forgot all about his dream of becoming a cricket player.

The boy would often lie to his parents about going to the cricket club when he was really hanging around with his friends and getting into trouble.

Jagan grew older and got into more and more trouble with his friends. He even stole things from the local shop. He became very lazy and was never enthusiastic about his life as he had been before. Not only did he stop practising his cricket skills, but he also lost interest in school and never completed his homework.

All he did was hang around with his friends.

School soon came to an end, and it was then that Jagan realised what a mistake he had made. He had done poorly in his exams and was not able to go to college like many of the others. When he tried to get a job, nobody would give him work because he had no qualifications.

Jagan became a bad boy who did many things that he later regretted. He wasted his time and his energy and he had no dream to keep him going.

One day, Jagan’s father spoke to him. ‘I remember when you had a dream,’ he told his son. ‘You were so determined and so driven. You prayed and worked hard and were a good son.’

Jagan's father looked very sad as he lowered his head into his hands. ‘What has become of you now, my son? You are in trouble, you do not work, and you lie to your mother and me about where you spend all of your time.’

Jagan’s father talked for a long time. Jagan was so moved by his father’s words that he made a promise to himself that he would change his life and make his parents proud once more.

The next day, Jagan ate his breakfast early and walked to his old cricket club. He asked the coach if he could train once more and the friendly man agreed to let the boy return as long as he worked hard and was dedicated to his sport.

So Jagan began his training just as he had done before. He ran and exercised, and he ate well. He went to bed early and woke up early. Jagan prayed that his hard work would one day be rewarded.

Many years later, Jagan did indeed become a famous cricket player. One day, a young boy ran up to him after a match and asked how he had done it.

Jagan said that it all started with a dream. With a smile on his face, he said to the young boy, ‘You must always have a dream.’