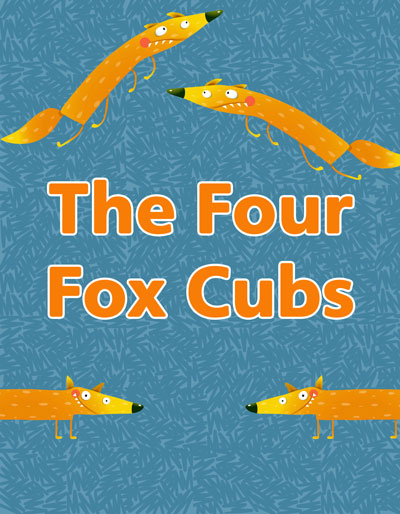 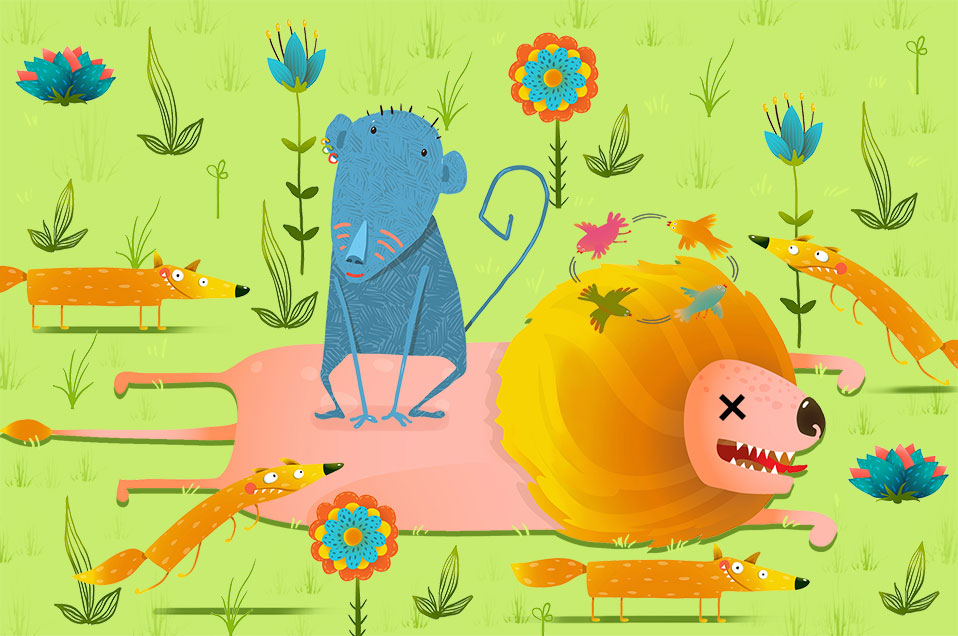 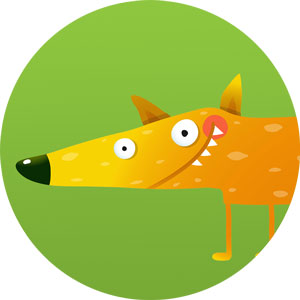 There was once a family of foxes who lived in the woods. There was a mother fox, a father fox and four baby fox cubs. The cubs were named Arjan, Surjan, Ganji and Bulbul.

One day, the daddy fox said to his four cubs, ‘I must go out to work and I may be gone for many days. You must promise me that you will be good and do what your mother tells you while I am gone.’

The fox cubs all agreed to do as their mother instructed. And when it was time for their father to leave, the cubs all gathered at the door and waved goodbye and wished him luck on his journey. 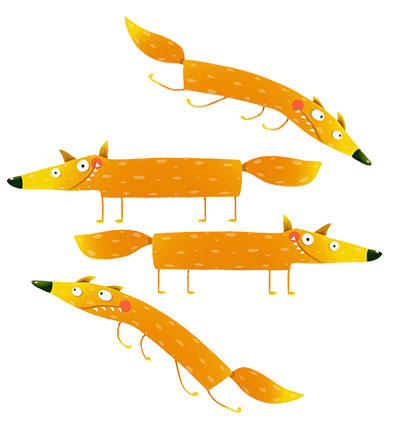 Several days passed in which the cubs played and did their chores and behaved as their father had instructed. But one day, mother fox realised that the cupboards were all empty of food and she would have to go to the market.

She said to her young cubs, ‘I must go out to the market to get food, but I cannot take you with me as it is too dangerous and I cannot look after you alone. You must stay here at home, even though I do not like to leave you. At least here you will be safe.’

The mother fox thought about how best to protect her cubs for the short while she would be at the market, then eventually she said: ‘You must keep the door locked the whole time that I am gone, and you must only open the door when I return.’

The youngest of the cubs asked, ‘Mother, how will we know that it is you at the door?’

The mother replied, ‘I shall call out your names like so ... Arjan, Surjan, Ganji and Bulbul, open the door! And you will recognise my voice and let me in.’

Then the mother fox went off to the market and the cubs continued to play games at home, making sure to keep the door locked and not to open it unless they heard their names being called. 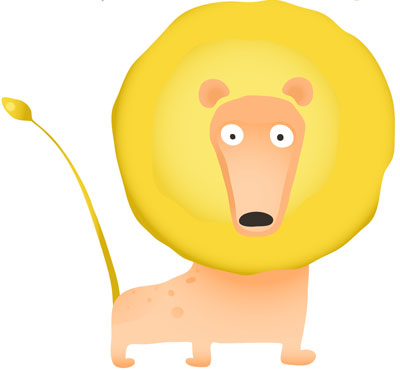 But there was a very sneaky and very greedy lion who was walking close by. And the lion had heard everything that the mother had said to her young cubs.

The sneaky lion thought to himself, ‘Aha! I can go to the house where the cubs live, I can stand by the door and I can call out ... "Arjan, Surjan, Ganji and Bulbul, open the door!" They will not know that it is me,’ thought the sneaky lion. ‘They will think that I am the mother fox and they will open the door and let me in and then I will eat them all up!’

So the sneaky lion crept up to the door of the house where the cubs lived, took a very big breath, and called out, ‘Arjan, Surjan, Ganji, and Bulbul, open the door!’

When the young cubs heard the call they thought, ‘That is very strange. Those are our names being called, but that does not sound like our mother. What shall we do?’

Arjan, Surjan, Ganji and Bulbul grew very scared because they were not sure whether to open the door or not, and they wished that their father and mother were at home to protect them. 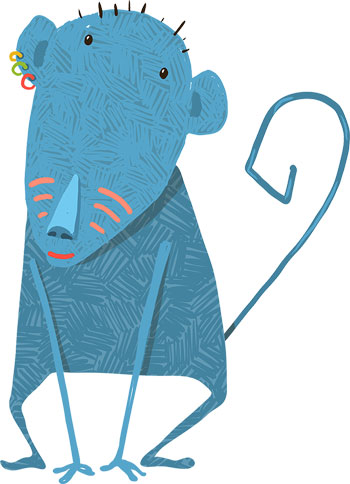 Luckily the cubs had very good neighbours. There were many fox families nearby, and there was also a monkey who was very brave and very strong. The family of foxes who lived closest to the cubs had heard the lion calling out and quickly found the monkey.

They asked him, ‘Monkey, monkey, what shall we do? That lion is going to eat those little fox cubs while their mother and father are away!’

‘Do not worry,’ said the brave monkey, ‘I shall protect the little cubs from the lion.’ And with that the monkey searched the forest floor until he found a big, heavy branch. He raised the branch above his head and charged towards the sneaky lion.

Whack! Whack, whack, went the monkey, with the big heavy branch.The monkey chased the lion away from the house and out of the forest. 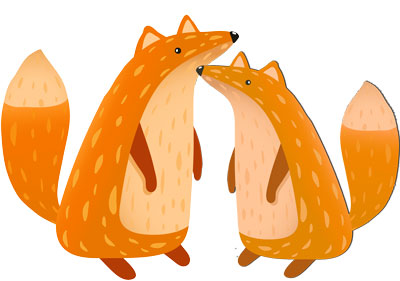 When the mother fox and the father fox both returned home they were very grateful to the brave monkey and to the other foxes for protecting their cubs while they were away.

And that was the day that young Arjan, Surjan, Ganji and Bulbul learned a valuable lesson indeed. The young cubs learned that it is very important to know your neighbours and be kind to them because they will always look after you in return, and will offer help when you need it most.