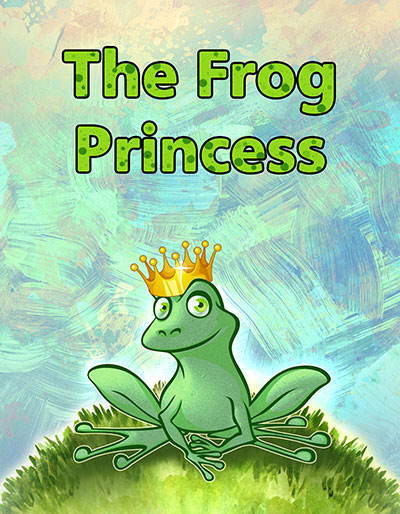 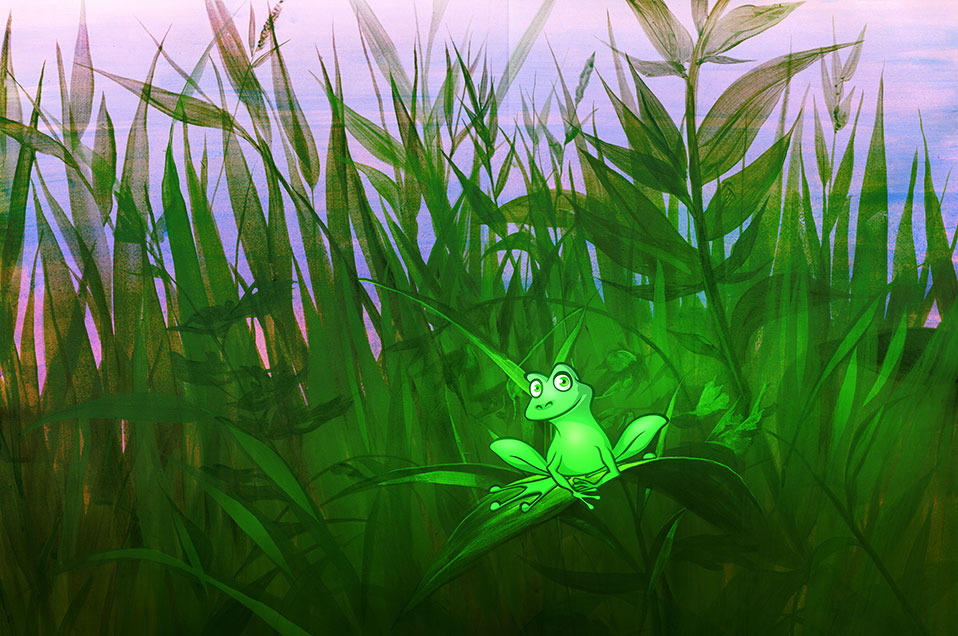 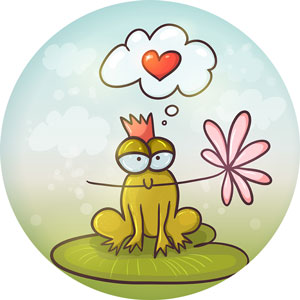 Princess Ruby lived in a palace where her parents gave her everything she asked for.

Her favourite plaything was a golden ball. She loved the way it sparkled in the sunshine when she threw it in the air.

One day she was playing in the garden with the ball when, plop! It fell into a deep pond.

Looking round, she caught sight of a little green frog sitting on a stone by the side of the pond. 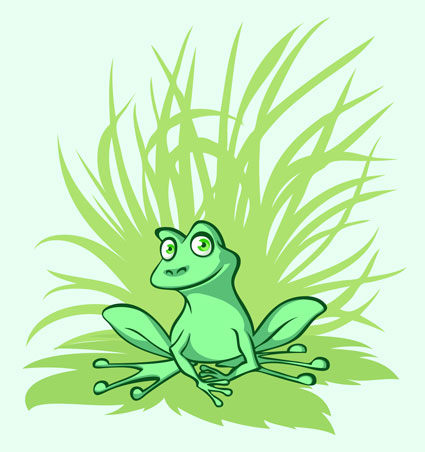 'My beautiful golden ball,' she sobbed. 'It’s fallen in the water and I can’t reach it because it’s so deep. What can I do?'

'I can get it for you if you like,' said the frog, 'but what will you give me in return?'

'Anything,' said Princess Ruby. 'I will give you all my jewels if you like.'

'What I really want,' said the frog, 'is to be your best friend. I want to eat from your plate, drink from your cup and sleep in your bed.'

'Of course,' said Princess Ruby, willing to promise anything to get back her ball.

'Before I get you the ball will you promise?'

The frog dived into the water and disappeared beneath it.

Presently, some bubbles appeared on the water and up popped the frog balancing the ball on his nose.

Quickly, she grabbed the ball and ran off towards the palace.

'Wait for me!' called the frog, hopping after her.

Hurriedly she slipped through the door, slamming it behind her before the frog had a chance to catch up.

'What’s all this about?' said the king, coming down the stairs.

'Oh, nothing, Father. Just a slimy old frog tried to get through the door.'

'Why would he want to come in here?' said the king. 'Frogs don’t like to be indoors.'

'Well Father, this frog wants to be my friend, but I think he’s horrible. Frogs are so slimy and cold.'

Princess Ruby blushed and looked down.

'Come, come, is there anything more you need to tell me?' asked the king.

'Well Father, I did promise him I would be his friend if he rescued my special golden ball when it fell in the deep pond. But I wish I hadn’t promised ‘cos he’s so horrible.'

'My dear child,' said the king, 'a promise is a promise. Haven’t I always told you never to make a promise you couldn't keep?'

'No, my dear, you must learn. Let the frog in now and do everything you said you would.'

Reluctantly, Princess Ruby opened the door and the frog hopped in.

That evening, when it was time for dinner, Princess Ruby left the frog sitting on the floor.

'Lift me up, lift me up,' he cried, 'so that I can eat from your plate and drink from your cup.'

Princess Ruby tried to ignore him, but then she saw that the king was watching her.

'Oh very well then, if you must.' And she bent down and lifted the frog onto the table. 'Yuck!' she said as she wiped her hands on her skirt – the frog was so slimy.

The frog enjoyed her food and drink as he ate from her plate and drank from her cup, but Princess Ruby didn’t eat or drink anything at all. In fact, she felt quite sick. 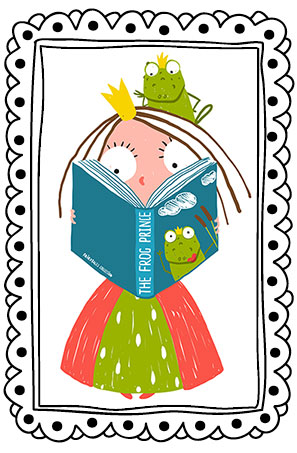 That night the frog hopped up the stairs behind her to her bedroom, where, much to her disgust, he snuggled down into her bed.

Princess Ruby lay down as far away from him as she could. Was the rest of her life going to be like this?

The next morning, as dawn crept through her window, she awoke and stretched.

She turned to where the frog had been sleeping but, to her joy, he wasn’t there! Looking up she saw, standing by the open window, a handsome young man.

'Thank you,' he said turning. 'You have broken the spell. A wicked witch cursed me and made me into a frog, she said I would remain one forever unless a beautiful princess would become my best friend and let me eat from her plate, drink from her cup and sleep in her bed. Until I saw you, I thought I would be a frog forever.'

From that day forth Princess Ruby and the young man became the best of friends and I wouldn’t be at all surprised if, when they grew up, they got married and lived happily ever after.