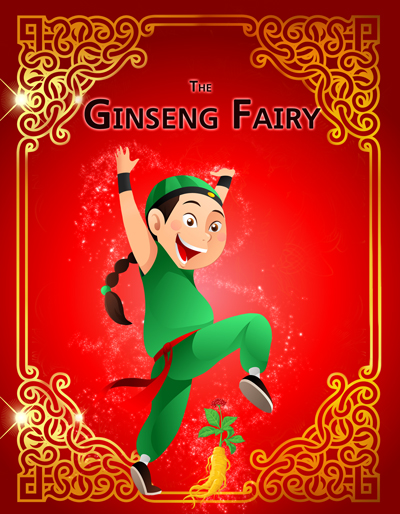 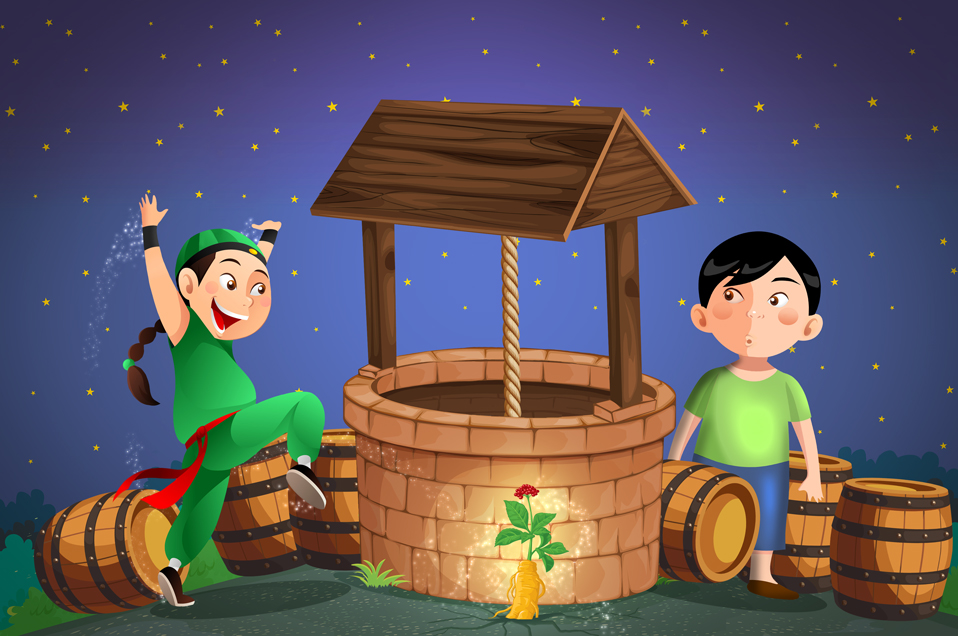 Long, long ago, there was a small village in Northern China where a greedy landowner lived. He had a poor servant called Little Hu, whose late parents had owed the landowner lots of money. The landowner always beat Little Hu and forced him to do heavy work, even though he was only ten years old.

One day, the landowner asked Little Hu to fill ten barrels with water, so Little Hu had to keep carrying water until midnight. When he arrived at the well, he found a thirsty boy with a short lovely plait, wearing a red band. The boy was attempting to get water, almost falling into the well. Little Hu saved him and gave him some water. The boy gave him a big smile and suddenly ran away into the night.

The next day, Little Hu fell asleep when he was chopping wood. Unfortunately, the landowner found Little Hu sleeping and beat him.

‘You lazy servant! I give you money but you are sleeping all the time. Go refill the ten barrels with water!’

Little Hu had to keep carrying water until midnight again. Missing his parents, Little Hu cried near the well.

‘Why are you crying?’ asked the boy.

‘The landowner treats me badly. I want to be free, but I have to work for him forever.’ Little Hu answered.

‘Why do you have to work for him forever?’

‘Because my parents owed him a lot of money.’

‘Well, I have an idea.’ The boy smiled happily. Then he danced around Little Hu and suddenly, there was a big root growing from the soil. The boy picked it up and handed it to Little Hu. ‘This is called ginseng and is enough to pay your parents’ debt.’

The next day, the landowner was amazed when Little Hu gave him the big piece of superior ginseng.

‘Where did you steal this from?’ he asked.

‘I never steal anything. The boy near the well gave me this. It is enough to pay my parents’ debt. Please give me my freedom.’ Little Hu answered.

The landowner suddenly understood the other boy must be the ginseng fairy. If he could catch the fairy and hand him over to the Emperor, the landowner would be rewarded a lot of money and become the second richest man in the world (of course, the richest was the Emperor). So he said, ‘Of course you can be free, but on one condition: you must find the boy to prove what you said is true. Otherwise I will accuse you of stealing.’

Even now, some herbalists mistake daikon for ginseng.