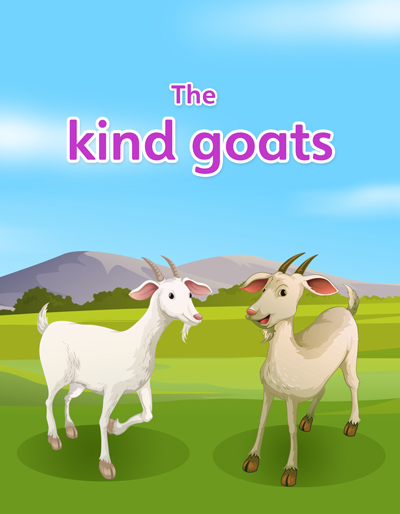 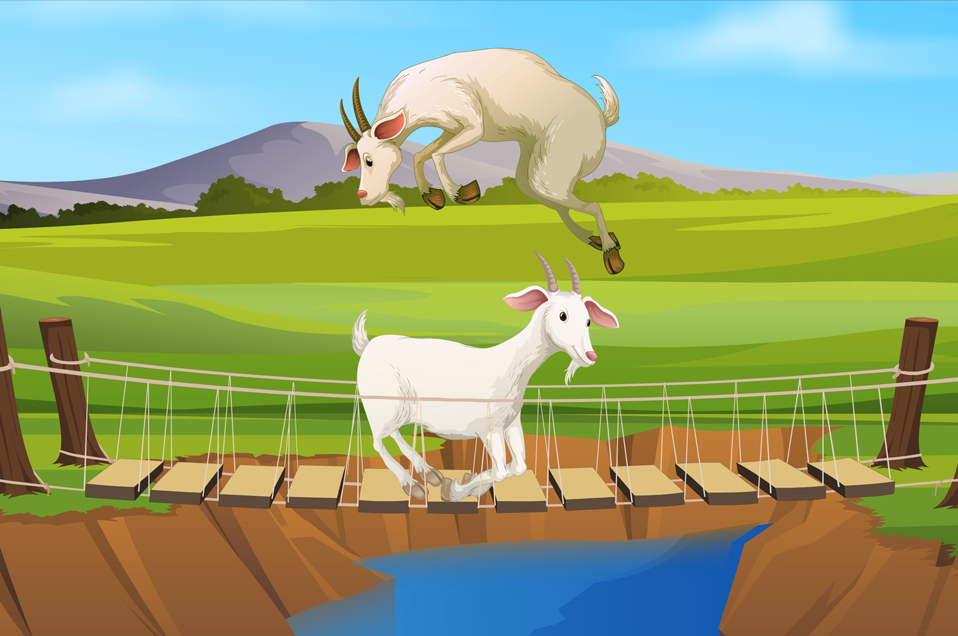 In a small village there was a river with a narrow bridge.

The bridge was so narrow that two people could not cross over it at the same time.

One day two dogs walked onto the bridge from either bankside. They met in the middle but could not pass each other because there wasn’t enough space.

The dogs became angry and started growling and barking at each other. Neither dog would give way to the other. They soon began to fight and fell off the bridge.

They both fell into the river. They swam to the shore, sad and embarrassed.

Sometime later, two goats, one white and one grey, started to cross the bridge from opposite sides. Like the dogs they met in the middle and were unable to pass each other. Instead of arguing and fighting, the white goat knelt down on the bridge, the grey goat jumped over and walked to the other side. The white goat then stood up and happily crossed over the bridge.

So … which is the more sensible animal?

Always be kind and nice to each other!