The Lion and the Beetle Anonymous 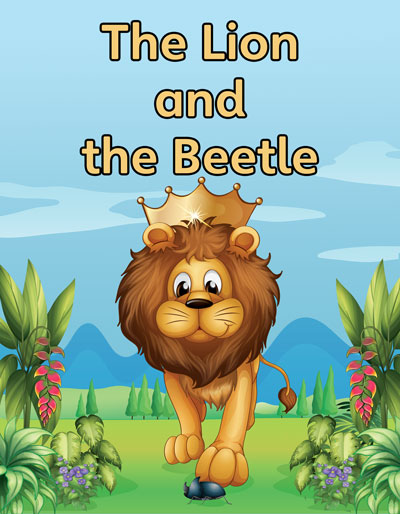 The Lion and the Beetle 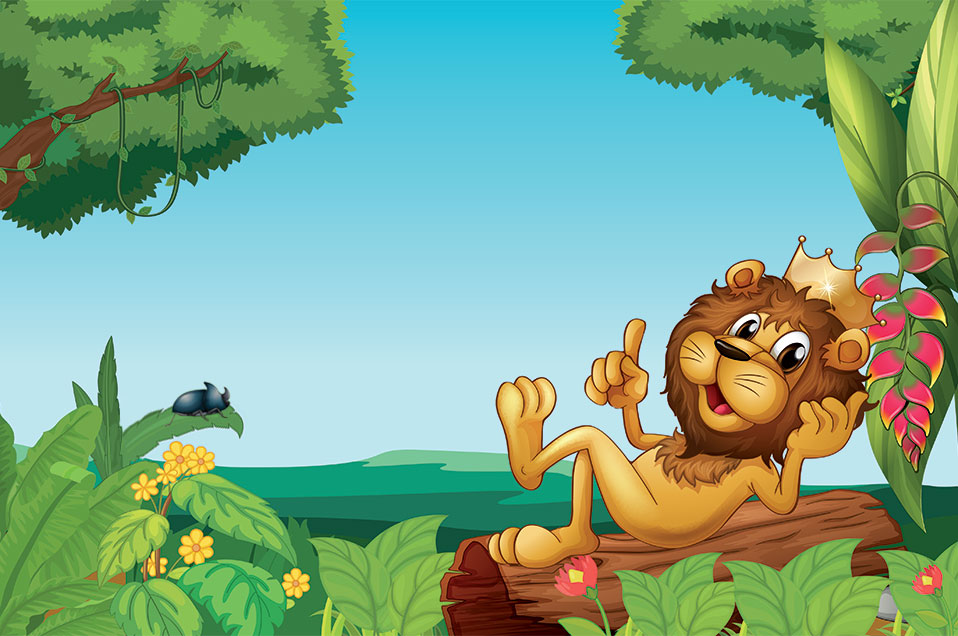 The Lion and the Beetle

A story from South Africa 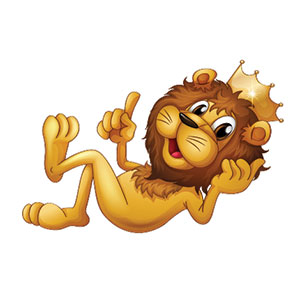 Lion was very proud and very vain. He called himself the king of all the animals and he loved to stomp around the savannah, roaring and growling whenever he saw Giraffe or Hyena or Elephant or Gazelle or Ape, to show them that he was the most important animal in the jungle.

"I am your king!" he roared. And all the other animals bowed to him.

One day, Lion looked into the water of the lake and saw his reflection. "What a beautiful and noble creature I am," he thought. Lion posed in front of the glassy lake for hours, admiring himself. But he wanted to do more to prove to the other animals that he was their king.

Lion put on his fancy robes, his jewelled crown, and all his gold and silver medals. His clothes were very heavy, but they made him look mighty and grand.

"I am your king!" he roared in delight. "I am your king!" Lion sent out a message to all his animal subjects, to Giraffe and Hyena and Elephant and Gazelle and Ape. He sent messages to all the animals living on the savannah or in the jungle, inviting them to a meeting in front of his palace, where they could admire him in all his finery.

And so the Giraffe and the Hyena and the Elephant and the Gazelle and the Ape came to see Lion. And many more animals came as well, from the Zebra in his black-and-white coat to the tiny Beetle, who was so little that he had to walk on the side of the road so that the bigger animals would not step on him by mistake.

When the animals were assembled, there came a mighty trumpet blast from Elephant, and Lion came forth in all his splendour and all the animals bowed before him.

Then Lion saw the tiny Beetle, standing alone by the side of the road. The Beetle was singing to himself as he watched the Lion.

Lion said to the Beetle: "You, Beetle, bow before me!"

Beetle said: "Your Royal Majesty, I know that I am small, but if you look at me closely, you will see that I am making a bow!"

Lion leaned over, peering down at the tiny Beetle. His splendid robes, his jewelled crown and his many medals made him so top-heavy that Lion wobbled as he loomed over the tiny Beetle. Then Lion lost his balance and he fell over! His royal crown went flying off, and Lion rolled into a ditch filled with muddy water.

All the animals laughed and laughed when they saw the muddy Lion sprawled in the ditch. The bedraggled Lion scurried away too. He was not so very mighty, after all.