The Lion and the Jackal Anonymous 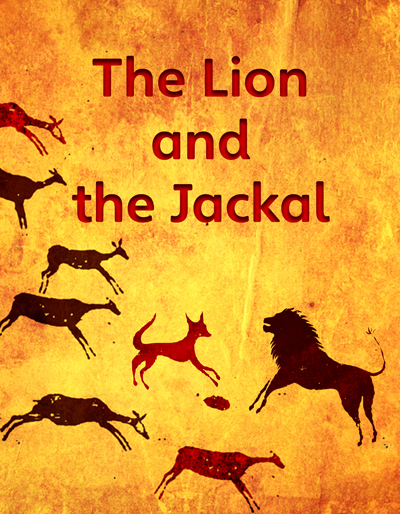 The Lion and the Jackal 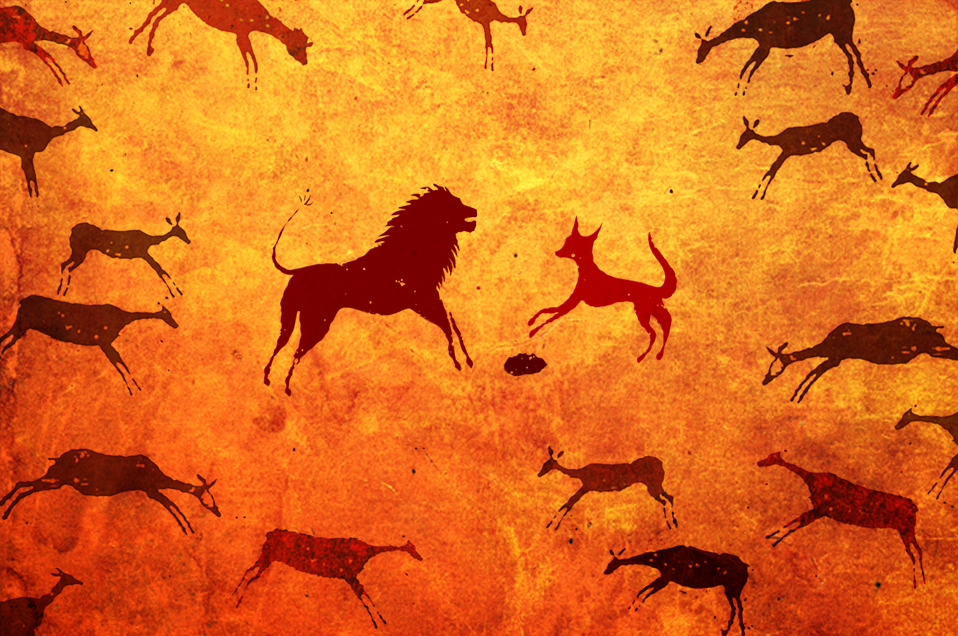 The Lion and The Jackal

One day long ago, Jackal was trotting through a narrow, rocky pass in the mountain. He was sniffing the ground trying to find something juicy to eat when he saw movement ahead of him in the pass.

Jackal stopped in his tracks. The mighty Lion was coming straight toward him. Realising that there was no way to escape, Jackal became very frightened. He'd played so many tricks on the king of the animals in the past – he was sure that Lion would take this opportunity to get his revenge. Suddenly Jackal thought of a plan.

'Help! Help!' cried Jackal. He cowered down on the cliff path, looking above at the rocks.

'Help!' Jackal howled. 'There is no time to lose! See those huge rocks above us? They are about to fall and we shall both be crushed to death! Oh, mighty Lion, please do something! Save us!' And Jackal cowered with his paws over his head.

Lion looked up, most alarmed. Before he even had a chance to think, Jackal persuaded Lion to put his strong shoulder against the rock and heave.

'Oh, thank you, great king!' yelped Jackal. 'I will quickly fetch that log over there to hold the rock, and we will both be saved!' and with that he bounded out of sight.

So Lion was left all alone to struggle under the weight of the rock in the hot sunshine. We will never know how long he stayed before he realised that this was another trick, but the clever jackal had once again escaped from the mighty lion!