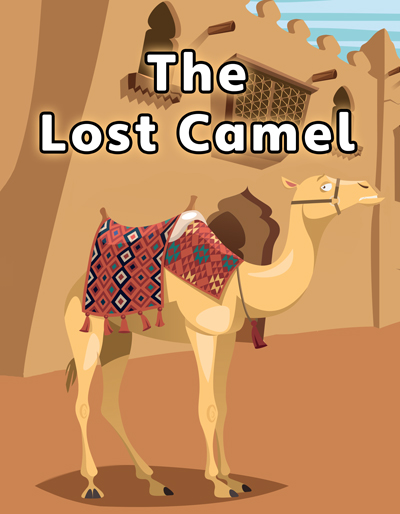 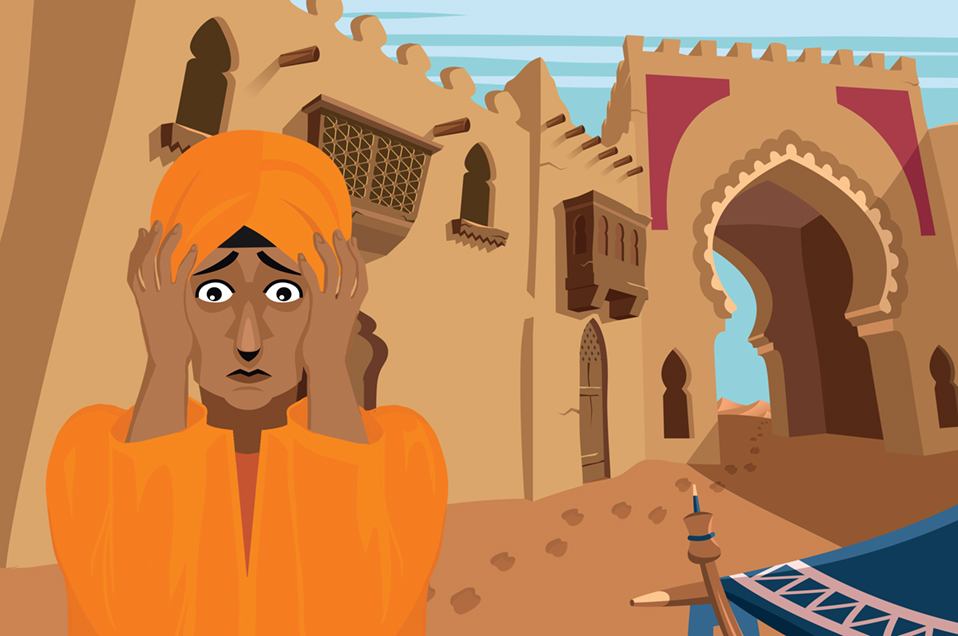 Once, there was a merchant, not a rich merchant. And he had a camel, not a beautiful camel. But he loved that camel. And one day, he came to look for the camel but the camel was not there. The camel was gone.

‘Oh, where is my camel? My camel, where is he?’ And he looked all around in every direction; he searched high and low, but could he find his camel?

Finally, he saw coming along the path towards him, three strangers. Along the tree-lined path they walked towards him, and when they reached him he stopped the first.

‘Your camel is blind in one eye.’

‘That is true; my camel is blind in one eye. Where is he?’

But the stranger walked on.

‘Your camel is lame in one leg.’

‘That is so. Where is he, what have you done with him?’

But the traveller went on.

‘Your camel has a short tail.’

‘This is true! What have you done with him?’

But the traveller walked on.

The merchant followed the three travellers as they went along the tree-lined path. ‘Where is my camel? You have stolen my camel! You have stolen him! Thieves! Vagabonds!’

Along the path they went. The path became a wide, tree-lined avenue. And on he went, even more furious than before for they seemed to pay no attention to him.

More and more he berated them, until now they entered into the gardens of the palace of the sultan. There were the perfumed gardens, the jasmine, the beautiful flowers.

And there appeared the sultan: ‘What is the meaning of all this noise?’

‘These strangers have stolen my camel!’

‘How do you know this?’ asked the sultan.

And the first stranger spoke: ‘I know his camel is blind in one eye, for as we came along the tree-lined path and along the tree-lined avenue, the leaves had been torn from the branches of the trees that stood to the right of the path. The trees on the left side had not been touched.’

‘How do you know his camel is lame in one leg?’

‘Following the tracks of the camel,’ said the second stranger, ‘it was clear by the footprints.’

‘How do you know the camel has a short tail?’

‘It is clear his camel has a short tail,’ spoke the third stranger. ‘There were drops of blood along the way. If the camel had a longer tail, he would have swept the insects aside that sucked the blood.’

‘It is true,’ said the sultan. ‘Your camel arrived in my gardens but a short time ago.’

And the camel was brought forth. Not a beautiful camel. But the merchant kissed his camel.

‘Oh, my camel! My beautiful camel is returned to me.’

And the sultan turned to the three travellers: ‘You are wise men indeed. Remain here,’ said the sultan, ‘and be my advisors.’

And never before that nor since has any sultan ever received more wisdom and advice than he did from those three.