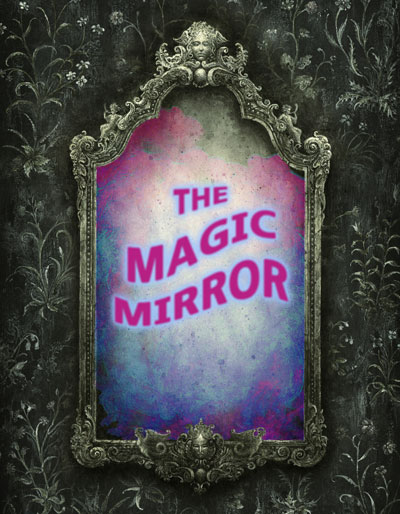 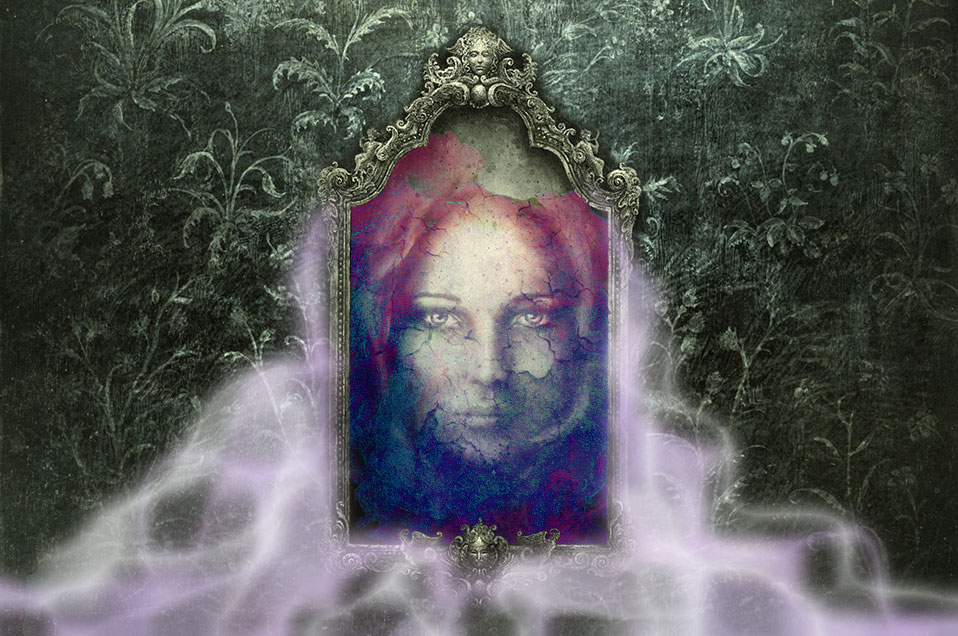 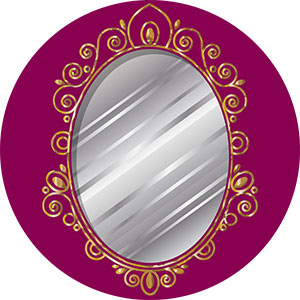 The King of Granada decided to marry. First, the news was told to his barber, then to the night watchman, and then to the oldest women in the city. The barber told all his customers, who told all their friends. That night, the night watchman shouted the news in a loud voice, so that all the young women were kept awake by thinking of the news. The old women constantly reminded the young that the king had decided to marry.

The old women asked the barber, 'How will the king choose a wife?'

To which he replied: 'To find a worthy woman, I am afraid I shall have great trouble.'

'What, you?' Exclaimed the women. 'What have you got to do with providing the king with a wife?'

'I am the only man permitted to rub the royal face,' said he. 'And what's more, I have a magic mirror. If any woman who is not thoroughly good looks into the mirror, the blemishes on her character will appear as spots on its glossy surface.'

'Is this one of the conditions?' Asked all.

'That is the only condition,' replied the barber. 'Any woman from eighteen years upwards is eligible, but they will have to be able to justify their claim – each woman will have to gaze into the mirror with me by her side.'

The one condition imposed on those who wanted to become Queen of Granada was made known. Strange to say, no woman came forward to the barber to have a look into the mirror. Days and weeks went by, and the king was no closer to getting a wife. Some ladies would try to convince their friends to go before the mirror, but none seemed willing to take the step.

The king was a very handsome man, and was loved by all his subjects. So it was surprising that none of the lovely ladies who attended court should try to become his wife. Many excuses were given. Some were already engaged to be married. Others claimed to be too proud to enter the barber's shop. Still others assured their friends that they had decided it would be better to stay single.

Every morning the king would ask the barber if any young lady had come forward to look into the mirror, but the answer was always the same – that many watched his shop to see if others went inside, but none had ventured in herself.

'Ah, Granada, Granada!' Exclaimed the king. 'Is there no maiden in this land willing to offer herself to be the bride of the king? Kings I know in other lands have no trouble getting married. Why is this happening to me?'

'Your Majesty,' replied the barber, 'there is one possibility. There is a shepherdess on the mountainside who may risk looking into the mirror, but would you marry such a lowly person?'

'Ask her to come,' answered the king. 'In the presence of my assembled court, let the gentle shepherdess look into the mirror.'

So the barber brought the shepherdess to court. It was proclaimed throughout the city that the shepherdess was to be tested, and the royal hall was soon filled with all the grand ladies and knights of the king's household.

When the shepherdess entered the room, she felt very shy at being surrounded by so many riches. The king received her kindly, telling her that if she wanted to be his wife she would have to gaze into the magic mirror. If she had ever done anything bad, the mirror would show the same number of stains on its surface as the bad things she had done.

'Sir,' replied the shepherdess, 'everyone makes mistakes and I am no different. I've made mistakes with my flock but I think they must forgive me because every day they let me take care of them and if they sense danger, they come to me for protection. I love my sheep and do my best for them. Truly I have no ambition to become queen, but I'm not afraid to look into that magic mirror.'

Saying this, she walked up to the mirror and gazed into it, blushing slightly, perhaps at the sight of her own reflection.

The court ladies surrounded her. When they saw that the magic mirror showed no spots on its surface, they snatched it from her, passing the mirror from one to the other. They exclaimed, 'Look! There are no spots when any of us look into the mirror either. This is not a magic mirror – a trick has been played on us!'

But the king said, 'Ladies, you are right that there is no magic in this mirror, but if you had been as confident about your characters as this shepherdess, who is now going to be my queen, you would not have refused to look into the mirror. I know now that my bride is truly the best amongst you all.'