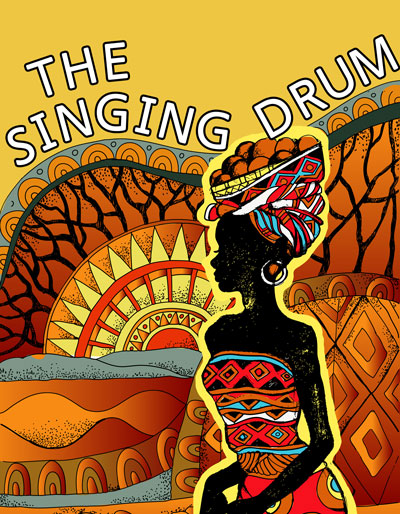 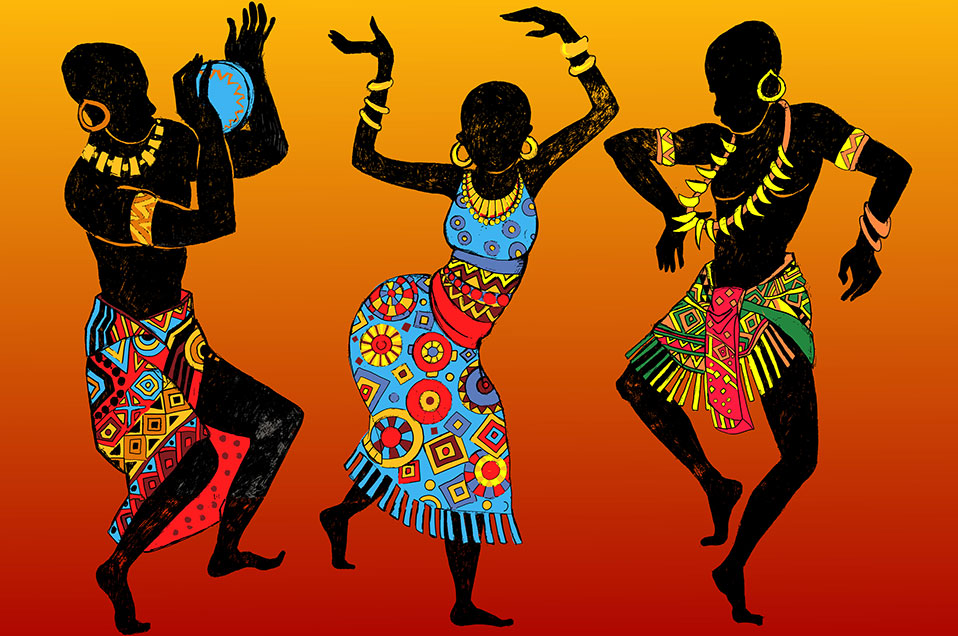 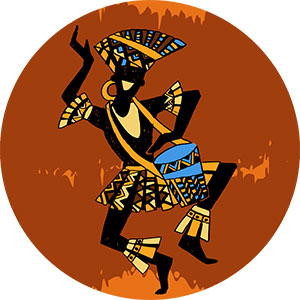 Once upon a time, there was a boy called Atilola. His parents loved him dearly because he was their only child and they made sure he lacked nothing. They treated him like a delicate egg and would not allow anyone to reprimand him, even when he behaved very badly. Because of this, Atilola grew to be a selfish, spoilt child who found it difficult to obey instructions.

One day, during the rainy season, Atilola, who was about ten years old at the time, told his mother that he was going outside to play with his friends.

‘Stay in the neighbourhood and do not wander off into the valley; the sky is heralding rain,’ warned his mother. But, as usual, Atilola ignored his mother’s advice and ran off to find his friends.

‘Let’s go and look for honey in the beehive in Oyin valley,’ Atilola said to his friends once they had gathered together on the edge of the village.

The boys agreed and so they all set off on the four-mile journey in search of honey. But as the boys approached Oyin they noticed that the sky was beginning to turn grey. The first thunderclap made Atilola’s friends panic.

One boy stepped forward and said, ‘We should get back to our homes before the rain comes.’ This was sensible advice and all of the other boys agreed to return home immediately.

‘Not me!’ yelled Atilola. ‘I have come here to find honey and I will not leave until I find some.’

‘But how can you find honey in the rain?’ asked another of the boys.

‘If I cannot find honey in the rain,’ said Atilola, ‘then I will stay right here until it stops raining!’ And just as the words left his lips, tiny drops of rain began to fall from the sky and tickle his bare back.

Upon seeing the rain, the other boys all scampered off in the direction of the village leaving Atilola to hunt for the honey alone.

Before long, the little drops of rain formed a puddle and Atilola decided to jump around in it, splashing and dancing and waving his arms. Some of the farmers returning from the fields saw Atilola dancing in the puddle and told him to go home. But the spoilt boy would not listen; instead, he wrinkled up his nose and stuck out his tongue and continued to dance in the puddles as the rain grew heavier and heavier. Before long, the sky began to empty its contents in sheets and buckets and the heavy downpour flooded the entire village in no time at all.

Atilola could not find a place to hide anywhere. He looked around until, eventually, he saw an Odan tree and hurried towards it.

But just as he was about to climb up into the tree, he slipped and fell into the water and the floods quickly engulfed him. As the waters carried Atilola down through the valley towards the big river, he began to scream and howl in fear for his life.

But there was nobody around to hear the frightened boy.

He tried to reach out and grab a hold of anything that would keep him afloat – twigs, logs, poles – but it was no use, he would not get a proper grip as he was moving too fast.

Then he saw a house in the distance and decided to scream at the top of his voice in the hopes that he would gain the attention of those inside.

Ijapa, the tortoise, heard the noise and opened his window to see what was happening. He was shocked to see a boy struggling to swim against the flood, so he hurried out of his house to help. The tortoise took a long pole from the shed in his front yard and stretched it out across the water towards the boy.

Atilola reached out for the pole and grabbed it with both hands and held on tightly as Ijapa pulled him to safety.

As soon as the boy was out of the water, Ijapa brought him into the house and built a fire and served soup so as to stave off the cold.

But Ijapa was not generous by nature and he was all the time busy deciding what he might gain from the unsuspecting boy.

This question was quickly answered after Atilola had drained his bowl of soup and curled up on a mat in a corner of the room.

Before the boy drifted off to sleep, he began to sing in the most beautiful voice Ijapa had ever heard. It was a lullaby that his mother used to sing to him when he was a little boy.

Ijapa was mesmerised by the song, and as he swayed to the enchanting rhythm a cunning plan came into his head and he knew then how he might make use of his guest.

The tortoise waited until the boy was fast asleep, then he crept out of the house to his backyard where he began to carve a big wooden drum.

He worked throughout the night until his task was complete and, when Atilola awoke the next morning, Ijapa asked the boy to hop inside of the drum.

‘Why do you want me to get inside of the drum?’ asked Atilola.

The cunning tortoise smiled innocently and told the boy that he simply wanted to test the drum’s sound. ‘It is not such a huge favour to ask given that I saved you from the floods, is it?’

Atilola had to agree that he owed the tortoise a great debt for saving his life, and so the boy climbed inside the drum and the tortoise covered it over with stretched hide.

Once Atilola was inside the drum, well-hidden, Ijapa instructed the boy to sing the song, ‘Omo o, e npe dagba’ each time he hit the drum with a stick.

Atilola’s parents had been waiting anxiously for their son to return home. The boy had been gone all night and his mother was beside herself with worry.

After the flood water had subsided, both parents went into the valley in search of their son, but they could not find him anywhere. Eventually they went to the palace to report Atilola missing. When the king heard the distressing news he sent his servants to search the entire village and its environs. They too could not find the boy and eventually the search was abandoned.

Ijapa was unaware of all this commotion as he stood in the village square and shouted to passersby, ‘Come, come and listen to my singing drum. It is truly the most beautiful thing you will ever hear.’

Many people gathered to witness this spectacle, and each time the tortoise banged on the drum with his stick, Atilola would sing from within.

All those who listened were enthralled by this beautiful voice. Many were so captivated by the singing drum that they threw their caps and head gear to the floor and danced until they could dance no more.

Nobody could see the boy trapped inside; they all thought that it was a magical drum and so they gave the cunning tortoise a great deal of money for such entertainment.

Word soon spread throughout the entire neighbourhood and everyone came to see Ijapa and his singing drum.

The following day, Ijapa was ordered to the palace as the king was also very eager to listen to the magical singing drum. Ijapa was pleasantly surprised to see many people in the palace courtyard. The king had invited the entire village for the great entertainment and there was not a single space left where one might sit.

The cunning tortoise gained a great deal of confidence from the crowd and insisted that he be paid in gold before he played his drum. The king had never heard of such a thing, but as he was so anxious to hear the drum, he handed over a bag of gold and commanded the tortoise to begin.

The king, the chiefs and all the people in the palace courtyard immediately got up to dance.

Despite such merriment and dancing, the king could not help but notice Atilola’s mother. The woman was sitting in a corner crying uncontrollably while her husband tried in vain to console her. The king stopped the entertainment immediately and ordered Atilola’s parents to be brought before him. He was furious because it was a taboo for anyone to cry in the presence of a monarch.

Atilola’s mother bowed before the king and told him that Ijapa’s drum was not magical at all; it was her son who was singing inside of it, she was sure.

‘No mother,’ she said, ‘could bear the thought of her only son being held prisoner in such a manner.’

The king commanded his guards to tear off the hide from the top of the drum so that they might all see what was inside.

When the hide was finally removed, Atilola stepped slowly out of the drum, blinking against the bright sun but grateful to be free at last.

When the boy saw his parents he ran to hug them both with tears of joy in his eyes. The entire palace erupted into a terrible commotion as many people were shocked that Ijapa would deceive them in such a way.

The king ordered his guards to lock Ijapa up in jail, but the cunning tortoise was quick to point out to the king that the flood would have killed the boy if he had not rescued him from the waters by pulling him to safety.

The king thought long and hard about Ijapa’s defence and eventually decided to set the tortoise free. But the wise king warned against such tricks in the future and he also took back his bag of gold for good measure.

As for Atilola, he decided that it was wiser to listen to his mother more often and not behave like such a spoilt child. As a result of this lesson, the boy grew up to become an intelligent and gentle man.