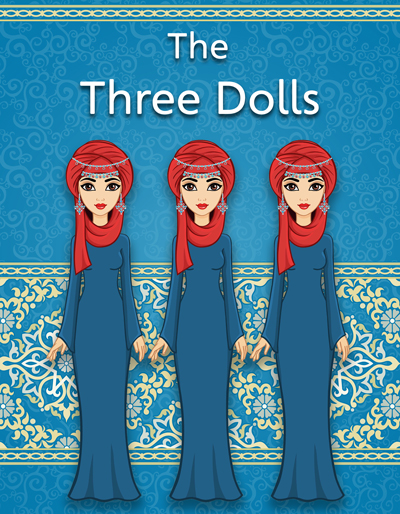 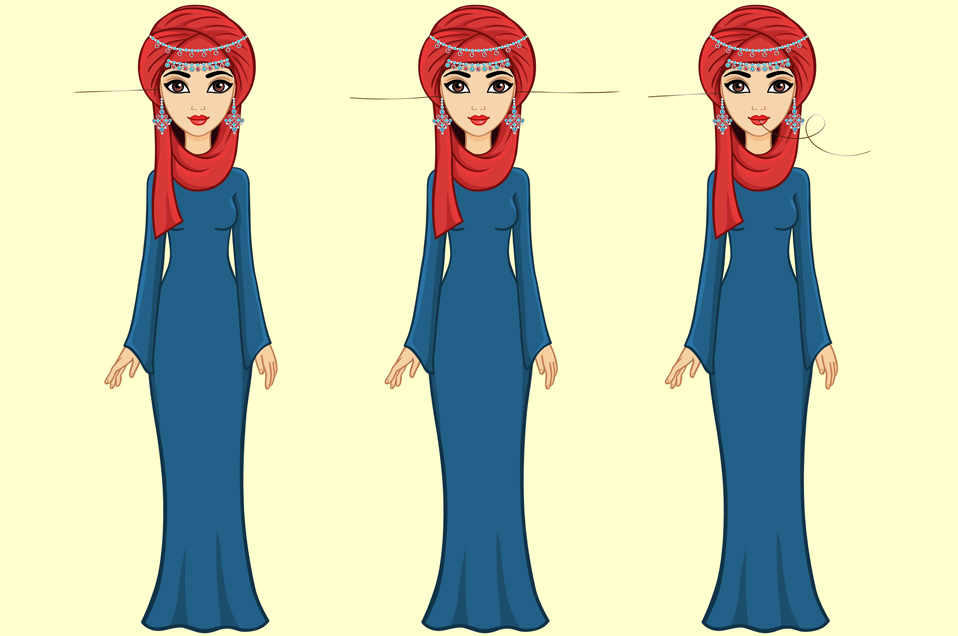 The Sultan of Persia was a clever man – well read – and there was nothing he loved more than solving problems, puzzles, riddles. One day, he received a parcel; he knew not from whom. He opened that package and found a box. And when he opened the lid of the box, inside were the three most beautifully carved wooden dolls. He picked them up one by one and admired the craftsmanship, and then saw that there was a note in the box as well ...

‘Ah, a challenge ...’ thought the Sultan, ‘to tell these three dolls apart!’

He picked up the first doll and examined it. The features of the face were beautifully carved, the clothes of silk so brightly patterned.

He picked up the second. It was identical, even the grain of the wood; and the third, the same again.

‘These three dolls are identical.’

Now he examined further. ‘They look the same, perhaps they will not smell the same.’

As he sniffed at each one, the smell of sandalwood greeted his nostrils. ‘These are finely made, beautiful dolls.’

He took the first doll and now thought, ‘Perhaps it is hollow.’ He shook the doll next to his ear ... No, it was solid. And the second doll too, and the third. They were alike in everything, even their weight.

The court had gathered. They watched the Sultan, who was now mystified. He called forth the wisest man he knew: the Scholar. The Scholar who knew everything that was to be known, the Scholar who spent so many hours in the library.

The Scholar looked at each doll in turn: felt them, weighed them, shook them, but could find no difference. He walked away silently.

Now, through the doors of the throne-room, burst the Fool. He tumbled and saw the three dolls, picked them up and began to juggle with them ... ‘ha ha!’ And then became bored, put them down and left.

Well the Scholar could find no difference, neither could the Fool. But now stepped forward the Storyteller.

‘Can you tell these three dolls apart?’

The Storyteller picked up the first doll and examined it carefully, and then suddenly reached forward and plucked a straight hair from the King’s beard. He inserted the end of the hair into the ear of the first doll. It went further and further into the head of the doll, until it disappeared completely.

‘Humm,’ said the Storyteller. ‘This doll is like the Scholar: everything he hears goes in and is retained inside.’

Now, the Storyteller reached forward and plucked a second hair from the King’s beard before he could be stopped. He put that hair into the ear of the second doll. The hair disappeared slowly inside as the Sultan watched, and then appeared on the other side of the head, emerging out of the other ear. It came right through.

‘Why,’ said the Storyteller, ‘this doll is like the Fool. Everything he hears goes in one ear and out the other.’

Before the Sultan could stop him, a third hair had been plucked from his chin ... ‘Ow!’

The Storyteller inserted the third straight hair from the Sultan’s beard into the ear of the third doll. It went further and further in. The Sultan watched to see where it would come out. Did it come out?

It came out through the pursed lips of the third doll. But when it came right through, the Storyteller saw that there was a twist in it.

‘Why, this doll is the Storyteller. What he hears goes in, and then it gets retold with a small twist. For every storyteller changes the story just a little to make it his own.’