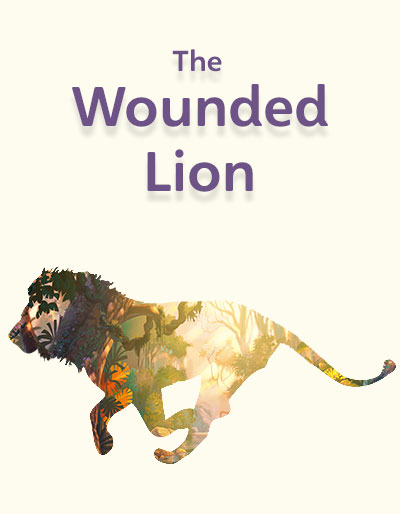 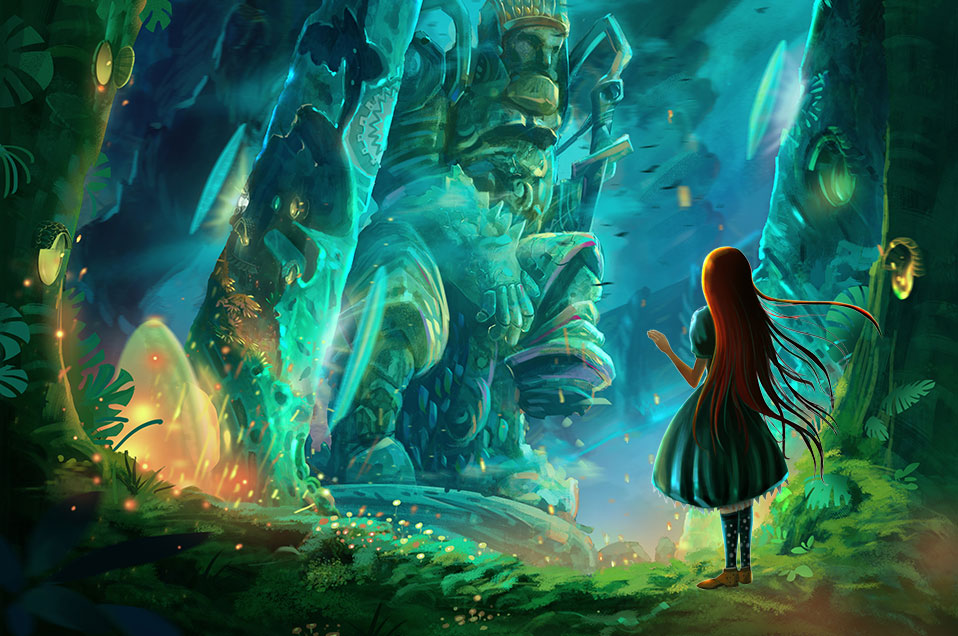 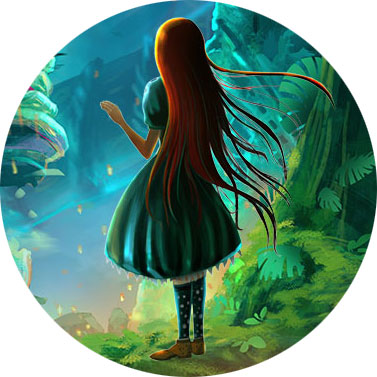 Once upon a time, there was a very poor girl whose job it was to herd the cows from the village to the field, where they would eat grass in the afternoon sunshine.

One day as she was walking back to the village at sunset, with her cows, she heard a moaning sound coming from the bushes by the side of the road. When the girl went to see what the noise was, she found it was a lion that had hurt himself by getting a thorn stuck in his paw. Although she was very scared, the girl sat down beside the lion and gently pulled the thorn from his paw. The lion was very grateful to the girl and licked her face as a way of saying thank you.

The girl was happy to have helped the big lion and went to the road to take her cows back to the village but the cows had gone! She looked all around but the cows had completely disappeared!

When the girl returned to the village, the farmer was very angry with her for losing his cows. He told her that she would now have to herd the donkeys instead.

A year passed and the poor girl was still taking the donkeys from the village to the field every day where they would eat grass and hay.

Then, one sunset as she was taking the donkeys back to the village, the girl heard a moaning sound coming from the bushes by the side of the road. When the girl went to see what the noise was, she found it was the same lion that had hurt himself by getting a thorn stuck in his paw. The girl carefully took out the thorn from the lion’s paw, and the lion licked her face again to say thank you. But when she went back to the road to take her donkeys back to the village, she couldn’t find them anywhere!

The donkeys had disappeared just like the cows had done a year earlier.

When the poor girl went back to the village, the farmer was very angry and told her that she would have to look after the pigs from now on.

Another year passed and the girl herded the pigs from the village to the field every day and fed them and looked after them very well.

And then, one evening, the little girl heard the moaning again. The lion had hurt himself again and for a third time he had a thorn stuck in his paw which the girl carefully took out for him.

And, just as before, when she went to the road to take the pigs back to the village, she found that the pigs had gone in the same way that the cows and donkeys had gone before.

This time, however, the girl was determined to solve the mystery of the missing animals. She climbed up a tree and looked all around her to see if she could see where the cows, donkeys and pigs had gone.

The girl stayed in the tree all night, and just as the sun was rising she saw a young man walking down the road. The man stopped beside a rock and then disappeared into thin air!

‘This is very strange,’ thought the girl.

She decided to stay in the tree to see what would happen next. But nothing happened for the rest of the day! Then… just as the sun was beginning to set, the lion appeared from behind the rock and entered the forest in search of food.

When the girl was sure that the lion had gone, she climbed down from the tree and went to look at the rock.

‘This is very strange,’ she thought to herself. ‘I saw a young man disappear behind this rock this morning and a lion appear from it tonight!’

When the little girl got close she saw a small hole in the rock, and when she leaned towards the hole she disappeared inside and found herself in a giant house!

‘This is very strange,’ thought the girl!

Just then she saw the young man appear in the doorway.

‘Oh, you are the girl who pulled the thorns from my paw,’ said the young man.

The girl was very confused. ‘But I pulled the thorns from a lion’s paw,’ she replied. ‘And you are a man, not a lion.’

‘Oh, in the daytime I am a man, but when the sun sets I turn into a lion,’ said the young man. ‘I've been cursed by the giant who lives in this house and it was he who stole your animals.’

‘But why would he do that?’ asked the girl.

‘Because he was very angry that you helped me,’ said the young man. Then he looked around, scared. ‘This is the giant’s house and he will be home soon,’ he said. ‘You should leave because it's not safe.’

But the little girl was brave and strong and decided that she wanted to help the poor young man.

She waited until the giant came home, and as soon as he walked into the house the young girl put on her bravest voice and said, ‘I demand that you free this man from your wicked curse!’

The giant was impressed by the little girl’s bravery so he said in a deep booming voice, ‘I shall release the young man from the curse, if you make me a coat from the hair of a princess.’

The girl said she would do this for the giant and left to find a princess.

The next day, the girl arrived at the royal palace and asked to speak to the princess.

‘Dear Princess, please may I cut off your long hair so that I can make a coat for a giant and release a young man from a wicked curse?’

The princess thought about this for a moment (it was a very strange question), then she said to the girl, ‘I shall give you my hair if you will find me a handsome prince who I can marry.’

The girl said she would find a handsome prince for the princess, so the princess cut off her long flowing hair and gave it to the little girl.

The girl worked very hard all day and by sunset she had made a beautiful coat from the princess’s hair.

She ran to the rock by the side of the road, leaned down towards the small hole and disappeared inside the rock and found herself in the giant’s house again.

‘Here is your coat,’ said the girl as she handed over the beautiful coat she had made with the princess’s hair.

The giant tried on the coat of hair and was so pleased with it that he released the young man from his curse straight away!

There was a flashing white light and the lion turned back into a man forever.

‘Great! Now you must come with me,’ said the girl to the young man.

They went to the royal palace and as soon as the girl introduced the handsome man to the princess, they fell in love. The young man and the princess were married the very next day and the following summer the princess gave birth to a baby boy who would grow up big and strong and become the next king.

As for the brave little girl, well, she went on to have many more adventures in her life. But I think we’ll save those stories for another day.