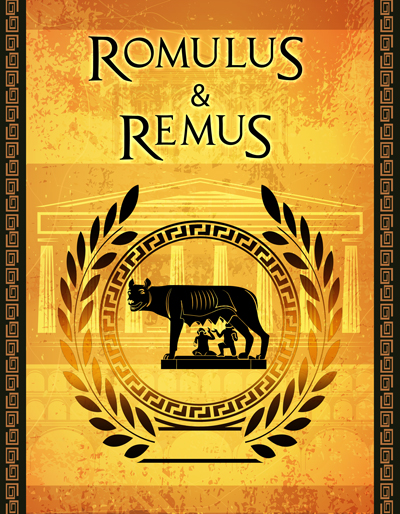 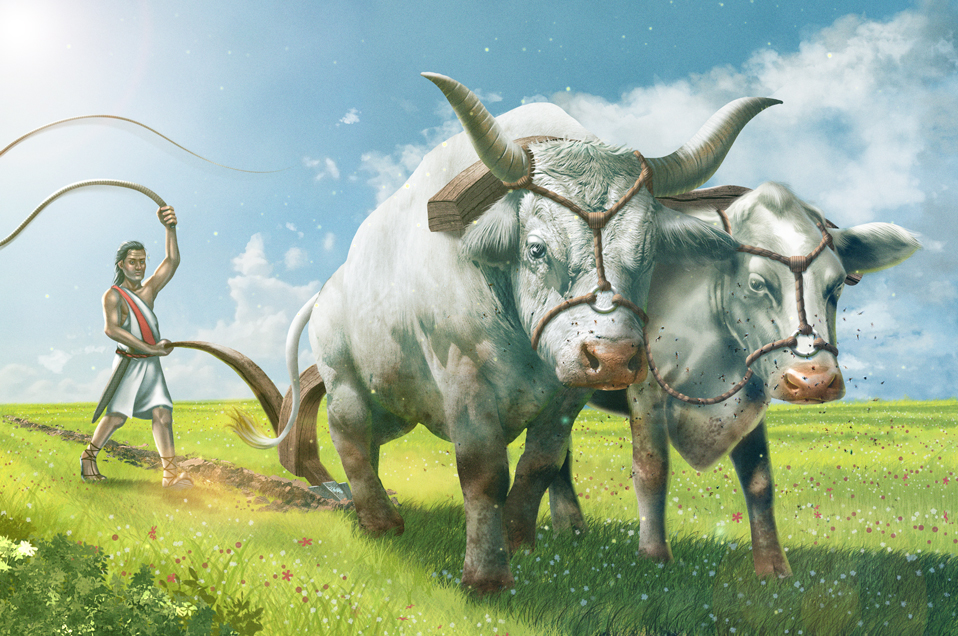 A story from the traditional legends and myths of Ancient Rome, Italy

Once upon a time in a faraway land called Italy, the god Mars married Rhea Silvia, the goddess of earth and woods.

Rhea Silvia and Mars had twin sons; one called Romulus and one called Remus. For a cradle, their mother placed them in a large basket on the banks of the River Tiber where the sound of the trickling, rippling water would lull her babies to sleep. Romulus and Remus slept soundly beside the river.

One day it began to rain so much that the river burst its banks. The floodwater washed the basket away and Romulus and Remus were carried downstream.

When the basket eventually came to rest on the shore, Romulus and Remus were hungry and crying. Their cries were heard by a mother wolf who was hunting nearby. The wolf came and comforted the babies; warming them in her soft fur and giving them some of her milk to drink.

After seeing that Romulus and Remus were all right, the wolf went back to her den to feed her little wolf cubs.

The basket had come to rest under a fig tree at the bottom of a hill. The hill was called Palatine Hill. Nearby, there lived a shepherd named Faustulus and his wife, Acca Larentia.

The shepherd soon spotted the basket that had washed up. Inside, he discovered the two babies and took them home to his wife. Faustulus and Acca Larentia were kind and caring and they raised the twins to be strong, brave and hard-working. Eventually, the boys grew up into young men and they decided to found a city.

To mark the boundary of the new city, Romulus attached a plough to a white bull and a white cow and made a great furrow in the earth in the shape of a square. Inside the square boundary, roads were laid out and villas and apartments were built.

The twins decided to call the city Rome, after Romulus who designed it. Much of this old city can still be seen by visitors to Rome today.