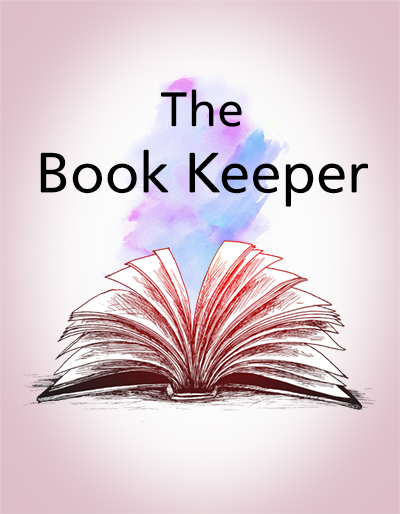 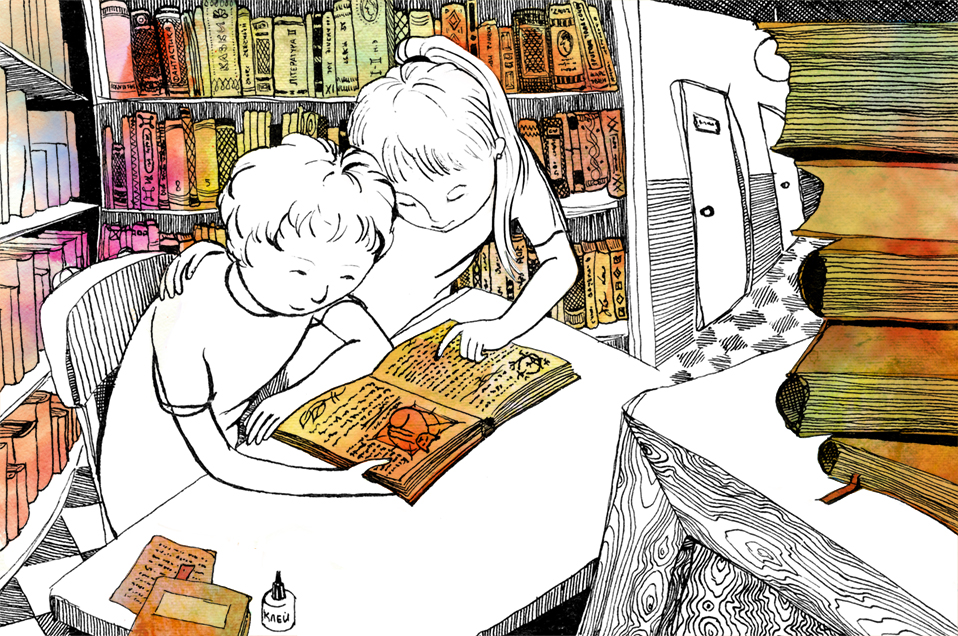 Santanu did not have much in this world. He owned a few items of clothing, a pair of cheap-looking trainers, a few pens and a book. An obsolete book.

People didn’t own books anymore. The year was 2042 and for the children at Santanu’s school, a book seemed as ancient as a suit of armour or a castle. Everyone had the latest phones and electronic tablets. They owned ibooks, laptops and computers. Santanu did not have any of these things because his family was poor. People didn’t call him because he didn’t have a phone. Nobody emailed him because he didn’t have a computer and he certainly did not have a Facebook page. His friends thought that he was weird and often teased him for being so out of touch.

But his book was his solace. It was a very old book and it was bound in burgundy leather that was worn at the edges. When he opened it, a funny smell wafted up from the pages. It smelled old and damp.

What the book was about was a mystery to Santanu. He mainly used it as a notebook, writing story ideas in the margins, or his friends’ phone numbers and email addresses. Just in case he ever needed them one day. He didn’t pay much attention to the strange script on every page. The language was from his homeland, somewhere he could not remember. He knew the language was Bengali, and he could speak Bengali to his parents because they had taught him as a young boy. But he could not read it. The words looked strange and exotic on the page.

They had come to Britain after the floods – Santanu and his mother and father. But that was a long time ago, when he was just a baby. His mum had told him all about the natural disasters in Bangladesh. The water was everywhere. It drowned the crops and swept away many of the people. His family had survived by sitting on the roof of their house with a small amount of food. They stayed up there for four whole days before they were rescued.

His parents lost everything and could not take such a risk again. So, with some help from family and friends, they made their way across the world to England.

The journey took many weeks. His mother often told Santanu how they had travelled on a truck with lots of chickens and a sad-looking tiger in a cage. They also travelled on a bus full of old people who had lost their homes. Last of all, a huge white jet airplane had lifted them over the ocean. The plane was the scariest part of all, his mum told him. It rocked and tumbled. It was noisy and made baby Santanu cry the whole time.

They did not have much when they arrived. All the money they had they used to escape from the floods. His father worked as a waiter, his mother was a part-time cleaner. In Bangladesh they had been successful farmers and businesspeople, but it was hard to find good jobs in Britain.

In their little flat above the grimy convenience store on the busy main road, they had a digital television but no HD or widescreen. Santanu used computers at school, but at home his book was his only entertainment.

His best friend, Crystal, was also very poor but even she had a mobile phone. She liked Santanu’s book and often wrote stories in it with him. She had nowhere else to keep all of her passwords so she wrote them in Santanu’s book. Nobody would find them in there.

He walked the ten minutes to school every day. Most pupils were dropped off by their parents in hover-cars, or sometimes by the electronic bus. But Santanu always walked.

One sunny day, the children in the playground were louder than usual, talking all at once with slightly panicked looks on their faces. They had their phones in their hands and all of them were trying to text or call, but it seemed like it wasn’t working. In assembly it became clear why.

The headmaster, Mister Williams, looked nervous as he told the children what had happened.

‘Now I know you have all been very worried,’ he said, ‘but we must remain calm. There seems to have been an electrical problem. The internet has crashed and it is going to be tricky for us all, but we must stay calm and work out what we are going to do.’

In 2042 almost everything was operated by the internet. Nothing was tangible. You could not touch information like in Santanu’s book. Everything relied on the internet: light switches, televisions, mobile phones and computers. And now nothing worked!

The children grew noisy and unsettled. They were scared. Nothing like this had ever happened before. How would they communicate? What would they do with their free time? What had people done before television and computer games and email?

Athough he was trying to keep everybody calm, the children could tell that even Mr Williams was nervous. He kept fiddling with his own dead phone until he eventually walked out of assembly looking completely bewildered.

The bell rang and the children were herded into their classrooms, still restless and afraid. The whiteboards didn’t work. The computers didn’t work. The teachers tried to make the children practise their handwriting skills instead but they were all terrible at writing. Nobody used pens any more! It was, however, a rare treat for Santanu whose writing was well-practised and very neat.

The days drifted from one to another. Nobody knew when the computers would come back on. Parents were getting annoyed with their troublesome children because they were no longer distracted by television programmes and computer games and mobile phones. The children did not know what to do with themselves. They wandered out into the streets but they did not know where their friends lived because they only ever talked to them over the phone or online.

Eventually word got around the school that Santanu had an encyclopedia of information in his little book: names and addresses and phone numbers. One day, an older boy called Kai followed Santanu home and demanded to know his friend’s address which Santanu had meticulously noted on the inside cover of his book. Santanu agreed to give the boy the address if he could go with him and play. That is how it started. That is how Santanu met lots of friends and made up new games for them all. He enjoyed playing face to face. He enjoyed the real world instead of computers.

His book was a source of amusement for all of the children. Their phones and screens, once full of colour and information, now stared out blankly at the world – dead. Televisions and computer screens were a stubborn dull grey. And now the book was especially useful! It was full of names and addresses, full of ideas for games that Santanu had invented over the years, full of stories that he had made up and now read to his friends.

One day, the children were all playing in a deserted part of town when it started raining. They all ran for shelter beside the door to a big orange brick building. One by one they piled against the door to protect themselves from the rain, until there was a terrible creaking sound and the door caved inwards so that the children all fell inside, one on top of the other in a huge bundle.

The building was dark inside with high ceilings. It was full of dust and cobwebs, and it was very dark so it was hard to make out very much detail in the shadows. It smelled musty and old.

Santanu was the first to get to his feet. He rubbed his eyes and looked around.

‘Books! Look at all these books!’ he cried. ‘What is this place?’

‘I don’t know,’ replied his friend Crystal. ‘It’s like an old house.’

There was a large desk in the centre of the room and above the desk there was a sign. It said ‘Returns and Issuing Desk’. Above that there was an even bigger sign hanging from the ceiling. It said ‘Public Library’.

None of the children knew what the word library meant but it did not matter. Santanu could not believe his eyes. He wondered down the aisles touching the spines of all the books. It was like a forbidden palace, a secret place only the children knew about.

As the weeks passed, more and more children arrived at the library after school. They would read to each other or read quietly to themselves curled up under blankets. They would play chase and hide and seek and make up stories of their own.

Santanu liked to roam the aisles reading just a few sentences from each book. He read bits of The History of the World in 100 Objects, A Brief History of Time, 1000 Leagues Under the Sea, and even Thomas The Tank Engine. Anything he could get his hands on.

He was just putting Thomas back on the shelf in the ‘childrens’ section when he spotted a leatherbound book which looked just like his own book from back home. It was exactly the same in every detail except that it was written in English. Finally he knew what his book was about. It was called Matilda and it was written by a man called Roald Dahl. It was a story about a little girl who loved reading and Santanu did not put the book down until he had reached the very last page. He thought it was the most wonderful, entertaining and naughty book he had ever read.

One Saturday, when Santanu arrived at the library late in the morning, he noticed how silent it was. There were no children anywhere. Santanu wondered if they had all been caught by a grownup and thrown out. Then Crystal emerged meekly from behind the ‘travel’ section.

‘They’ve fixed the problem,’ she said. ‘The computers and internet are all working again. Everybody has gone home.’

She asked Santanu for her passwords and then, rather sheepishly, she walked out of the door leaving Santanu alone with all of the books.

The young boy stared at the rows of shelves all lined with books. He thought about all of the stories inside the books and felt sad that nobody would ever take the time to read them. But then he smiled to himself and took a book from the nearest shelf and curled up under a blanket in his favourite corner of the library. The book was called The Hobbit and Santanu was sure it would be a great read.