The Lion and the Sheep Mareia Abed 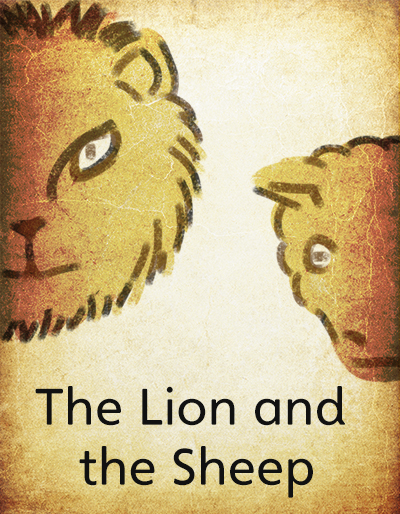 The Lion and the Sheep 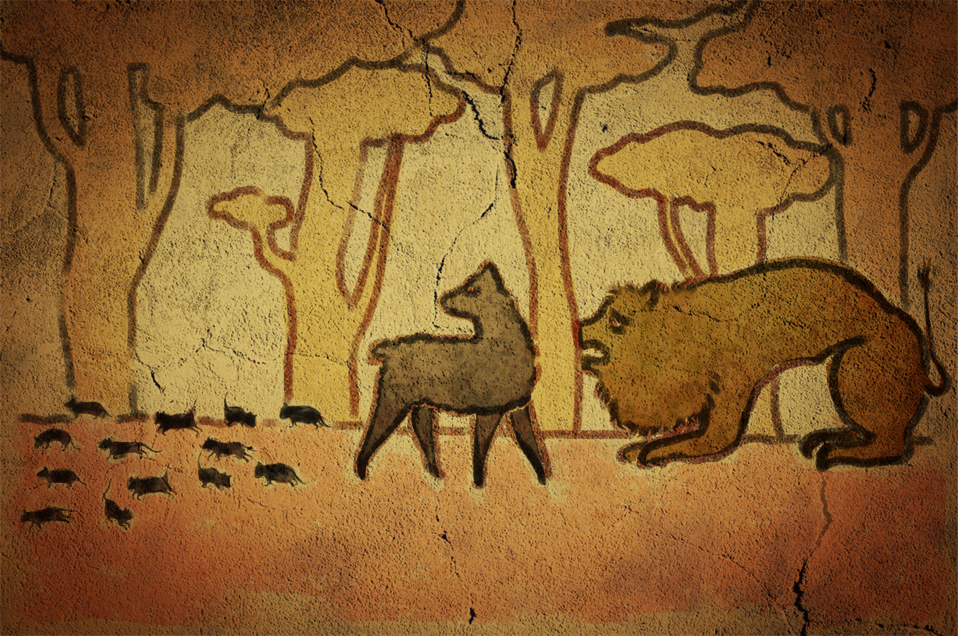 The Lion and the Sheep

Once upon a time, there lived a lion who was always bragging about his bravery, his strength, and his cunning. ‘There is no animal in the jungle who is braver than I,’ boasted the lion to all that would listen. ‘I am the biggest and the best, and I am afraid of no animal!’ he proclaimed.

But the lion was not being entirely truthful. He was very afraid of rats, and he did not want any of the other animals to know this in case they made fun of him.

The gentle sheep never answered this name-calling. He simply went about his business in his usual manner. ‘I may be quiet,’ thought the sheep, ‘but at least I have friends and do not spend my time boasting about myself or judging others.’

One day, when the sheep was walking through the jungle, he heard the lion screaming at the top of his voice. ‘Help me! Help me!’

The little sheep ran in the direction of the lion’s desperate cries for help, until he found the mighty beast clinging to the lowest branch of a tree in a small clearing. ‘Help me, little sheep!’ pleaded the lion.

‘What is wrong?’ asked the sheep as he looked about on the ground to see what had frightened the lion in such a way.

‘Rats!’ exclaimed the lion, and with his tail he pointed towards the ground where there was a family of rats searching for food at the base of the tree.

The little sheep trotted up to the rats and gently pushed them away from the base of the tree. ‘Run along now,’ said the sheep, 'You are scaring the lion.'

And with that, all the rats scurried off into the jungle in search of more food.

When the lion was sure that the rats had gone, he dropped to the ground and tried his best to puff out his chest as if he had not been frightened at all. But the little sheep was not convinced by the lion’s bravado.

‘Why is it that you are so scared of rats?’ asked the little sheep.

‘They are slithery and slimy and dirty,’ said the lion.

‘That is not true,’ protested the sheep. ‘How can you know what they are like if you have never spoken to them?'

The lion thought about this for a while and eventually admitted that he had never spoken to the rats at all but had always been afraid of them. ‘You are right, little sheep,’ said the lion, ‘I decided that the rats were slithery and slimy and dirty, just as I had decided that you were timid and frightened, but it is not true. You are brave and strong, perhaps the bravest and strongest animal in the jungle!’

The sheep thanked the lion for his kind words but admitted that this was probably not true. The two of them laughed together and the sheep had to admit that it was very funny to see the mighty lion hanging from the tree looking so scared.

From that day on, the sheep and the lion became very good friends, and the lion learned from the sheep that it was best never to judge another animal by the way they looked.