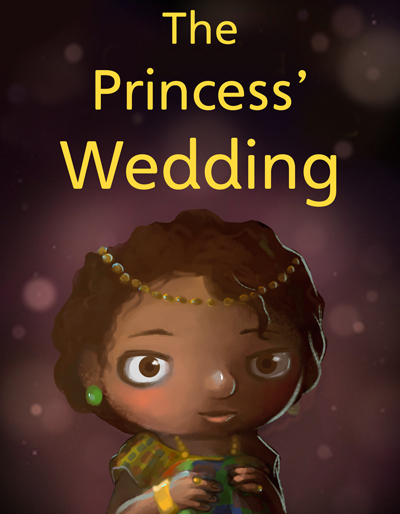 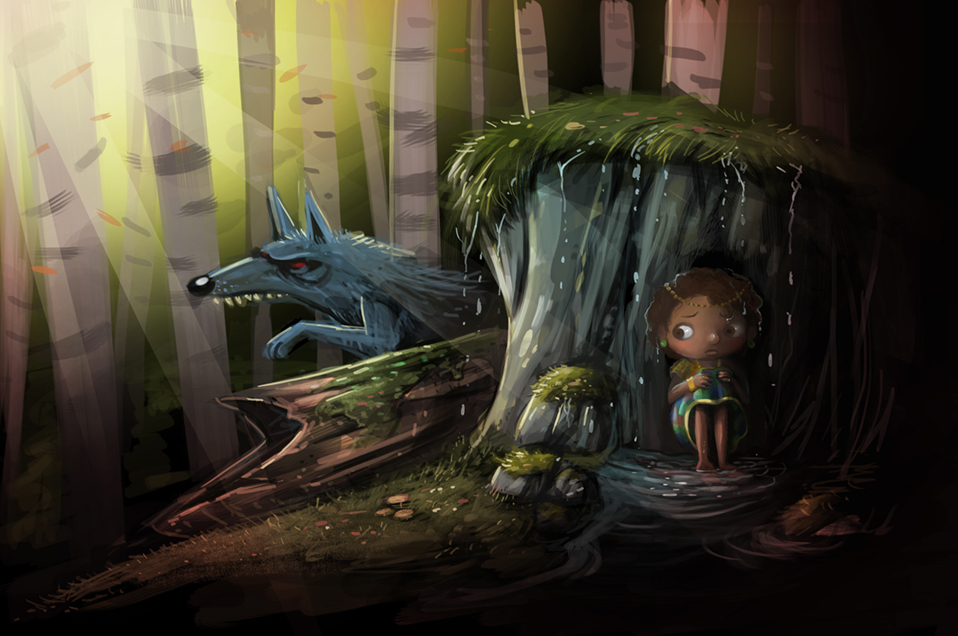 There was joy in the air as the villagers of the Asante tribe in Kumasi gathered for the three-day celebration of the Crown Princess's wedding. Princess Yaa was set to marry a prince from a neighbouring village and she was very excited.

The Prince and Princess had grown up together and had been acquainted during many local and national ceremonies. They had even stolen some precious time alone during their many months of courtship. All her life the Princess had been waiting for such a day to arrive; a grand wedding in which she would be the absolute centre of attention.

To prepare for the first night's celebrations, the maids adorned their princess with beautiful gold jewellery, beads, and delicate ink drawings on her skin.

'Princess,' implored one of the maids, 'please tell us how you feel about your future husband.'

The Princess replied in a very matter of fact voice. 'He is a nice man, predictable but loyal. He will be a good husband. If it were my choice I would marry someone more adventurous, more dangerous; somebody with more wealth and better looks. But who knows,' said the Princess with a wicked smile, 'I may end up in love with my poor husband someday. Right now I am happy to settle for him because he will take care of me. It is only a pity that he will not be able to satisfy all of my worldly desires because his family is not nearly as rich as mine.'

The youngest maid asked, 'Princess, what will you do without your gold, your beads and your precious stones?'

The Princess giggled and replied, 'I will find a rich admirer from the city. After all, there is only so much of a boring life a beautiful girl like me can take.'

All of the maids began to laugh because they knew that their Princess was indeed very naughty and would surely do as she had said behind her poor husband's back.

And so the morning of the wedding finally arrived. The Princess was still a little upset by a conversation she had had with her parent's the previous night. The Princess had asked that her father support her new husband financially so that the young man might be able to buy the Princess more jewellery and worldly things. Her father had refused, assuring his only daughter that riches were not the most important thing in the world.

The Princess thought that her father was being very stupid and mean. 'After all,' she reasoned, 'it is ok for him, he is rich already. What about me?'

The Princess looked in the mirror at her beautiful body adorned with the finest jewels. Then she looked around at her luxury room with fine silks and expensive furnishings. It finally dawned on her that she would have to leave all of this luxury behind. Her future husband was not poor, but he was not overly rich and could not afford to keep her in the luxury to which she had become accustomed. 'If only a rich man would come and save me from the boring life that awaits me,' thought the greedy princess.

The villagers began to gather in order to see their beloved Princess wed. Some villagers were happy because they knew that the King and Queen were making sure the Princess married for good reason and not just for riches. Others were not so happy because they thought that the Princess should marry an important and wealthy man who would help put their village on the map and have them recognised internationally.

There was silence and anticipation among the crowd as the beautiful Princess began to walk up the aisle towards her future husband. Then the silence was broken by the sound of approaching horses. The entire village looked towards the horses as they came to a halt before the wedding ceremony. On the lead horse there sat a handsome young man. He wore shiny jewels and was adorned in the finest fabrics. His shoes were made of pure silk, and his jacket was made of rich velvet encrusted with precious diamonds and rubies.

The handsome stranger walked up to the crowd and introduced himself as the prince of a faraway village. 'I have come to ask the Princess for her hand in marriage,' declared the handsome stranger. 'I have travelled for two days and two nights just to get here before she is given to another.'

The King stepped forward and examined the stranger closely. 'I am sure you are who you say you are, young man, but I cannot give my daughter's hand to a complete stranger. She is promised to another and is to be wed this day.'

Upon seeing the handsome stranger dressed in all his finery, the Princess immediately asked if she might speak with her parents in private. The villagers were left to think about what might happen.  Nobody knew how this would end. Finally, the Princess and the King and Queen returned. The King reluctantly announced that the Princess intended to marry the handsome stranger instead of the husband chosen for her. The village elders immediately protested against such an act. The King also voiced his own concerns and insisted that his daughter's choice would have consequences. 'If my daughter changes her mind and agrees to marry the man we have chosen for her,' declared the King, 'then she will do so with the blessing of myself and the entire village. But if she is stubborn, and chooses to marry this stranger whom we know nothing about, then she will be banished from our kingdom and forced to make her own fortune.'

The Queen was very distressed and implored her daughter to marry the man they had chosen for her. But the Princess had made up her mind and was determined to marry the handsome stranger, believing that he was indeed a rich prince from a faraway land.

And so it was that the priest married the Princess and the handsome stranger. But it was a sad ceremony without the blessing of the King and the village elders.

When the ceremony was over, the King commanded that his estranged daughter and her new husband be escorted to the edge of the kingdom accompanied only by her loyal maids. It was during this sombre journey from the village that the Princess's maids began to sing in a chorus of soft voices...

As the procession neared the edge of the kingdom, the Princess waved goodbye to her maids. Then she and her new husband, accompanied by his many servants, crossed the river on horseback and began their journey in earnest.

After they had been travelling for many hours, the Princess grew tired and hungry. 'My love, can we please rest so that your servants might bring me some water?'

'What servants?' replied the Prince in a gruff voice.

The Princess looked all about her and realised that the servants had disappeared. It was just the two of them now, riding alone.

'Do not worry,' said the Prince, 'we are nearly home.'

The Princess was tired and hungry and not used to travelling without servants, but she continued on the journey with her new husband and soon found herself riding into a forest of tall trees. The forest was cold, dark and ominous, and allowed little sunlight through the thick canopy above.

'Look there!' exclaimed the Prince. 'We are home at last.'

But there was nothing but trees all around and the Princess was very confused. 'I cannot see anything, my love.'

As her new husband stepped down from his horse, he smiled a wicked smile. 'It is funny how you never even asked me my name, yet you agreed to marry me. Who marries a man whom they know nothing about?'

The Princess tried to remain calm even though she was growing more and more nervous by the minute. 'My love, I knew that you were the man for me from the very moment I saw you.'

'I think you only wanted to marry me because of my outer appearance, my looks and my riches. You married for superficial reasons, not love!'

The Princess was speechless as her new husband continued to sneer at her and lecture her. 'I am not the man you think I am, Princess. In fact, I am not really a man at all. My name is Wolf, and when the full moon rises I will turn back into a wolf and you will turn with me. Together we shall live in this forest, poor scavengers both. You see, dear Princess, all that glitters is not gold. You would have been wiser to listen to your parents, and to the elders of the village who have more experience than you. Your eyes are always looking for something better, never satisfied with what you know or what you have. That is what has brought you here to me. This is your fate.

The Princess cried all night long. She was cursed to live as a poor scavenger in this forest. Cursed to become a wolf at the rise of every full moon, never to see her kingdom or her family again; and all of this she brought upon herself because of her disobedience and her greedy nature.