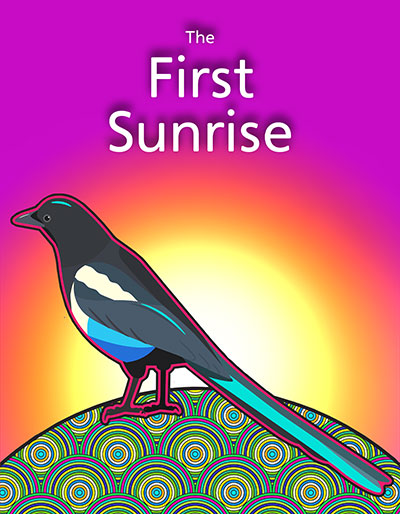 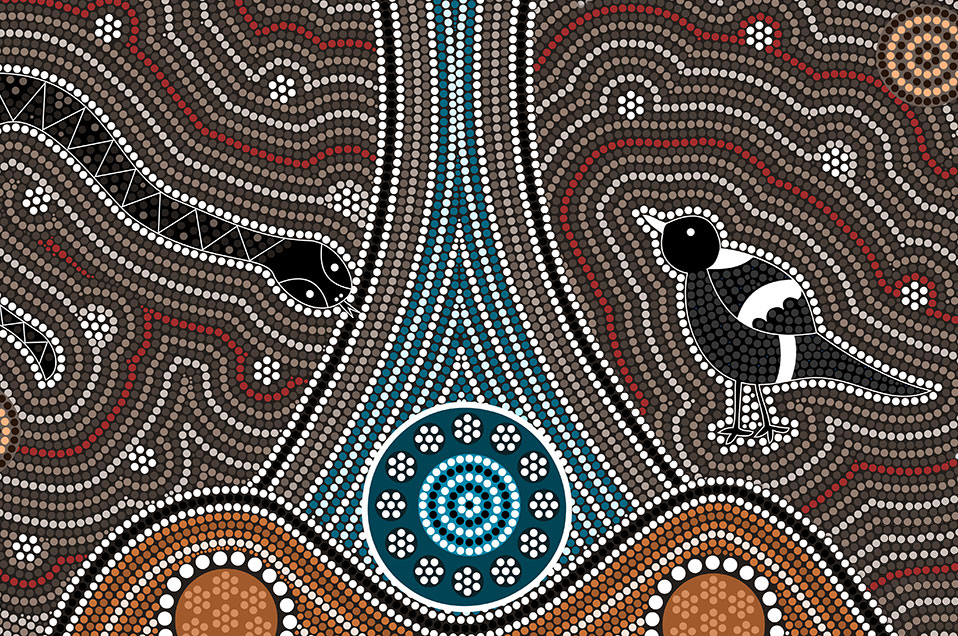 An Aboriginal Tale from Australia 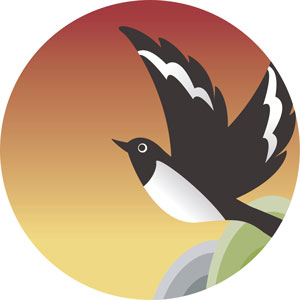 Long, long ago in the Dreamtime the Earth was dark. There was no light. It was very cold and very black. Huge grey clouds kept the light and the warmth away, they hung so low that the animals had to crawl around. The Emu hobbled, neck bent almost to the ground. The Kangaroo couldn't hop, and none of the birds could fly higher than several feet in the air. Only the Snakes were happy because they lived close to the ground.

The animals lived by crawling around the damp dark earth, feeling for fruits and berries. Often it was so hard to find food that several days would pass between meals. The Wombat became so tired of people bumping into him that he dug himself a burrow and learned to sleep for long periods of time.

The Emus, the Kangaroos and the Wombats watched as the Magpies pushed the sky slowly upwards. They used the sticks as levers, first resting the sky on low boulders, then on small hills. As the animals watched, the Magpies, pushing and straining, reached the top of a small mountain.

It was still very dark, but at least the Emu could straighten up, and the Kangaroo was able to move in long proud hops. The Magpies kept pushing the sky higher and higher, until they reached the highest mountain in the whole land. Then, with a mighty effort, they gave the sky one last push. The sky shot up into the air, and as it rose it split open and a flood of warmth and light poured through on to the land below. The whole sky was filled with beautiful reds and yellows. It was the first sunrise.

Overjoyed about the beauty, the light and the warmth, the Magpies burst into song. As their loud warbling carried across the land, the Sun-Woman rose slowly, and began her journey towards the west. Now, each morning when the Sun-Woman wakes in the east she lights a fire to prepare the torch that she will carry across the sky each day. It is this fire that provides the first light of dawn. Then she takes up her torch, and begins her daily journey across the sky.

When she reaches the western edge of the world, she extinguishes her flaming bark torch. Then she sits down and repaints herself in brilliant reds and yellows, ready for her journey through a long underground passage back to her camp in the east. That is why, to this day, when the Sun-Woman wakes and lights her early morning fire, all the Magpies greet her with their beautiful song.