The Legend of Mafumeira Vasconcelos Monteiro 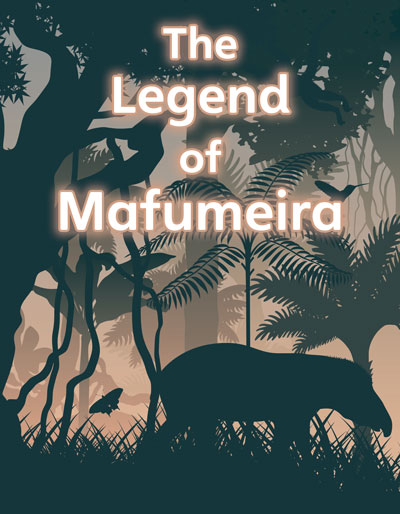 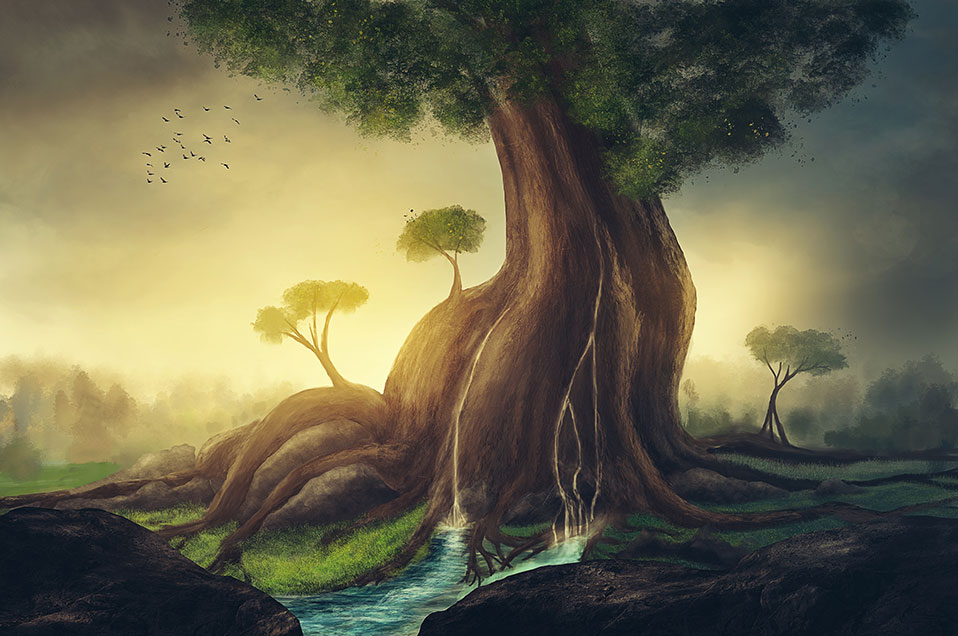 A Portuguese Story from Brazil 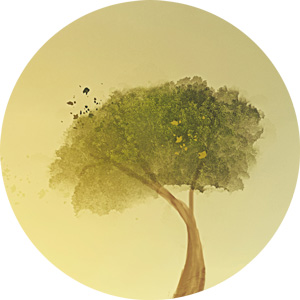 Deep within the forest there lives the tallest of all trees. They stretch their thick branches full of leaves up into the blue skies and give us oxygen to breathe. Their trunks are very wide and many of these beautiful giants have been in the forest for hundreds of years.

These mighty trees are known as Mafumeira and there are many stories that claim the Mafumeira possess a spirit that protects the forest. One such story was told by an old man whose name was Adao.

One day, a very long time ago, Adao and his two young friends decided that they would earn their money by cutting down trees in the forest and selling the lumber to local farmers and builders. The three friends built a small cabin in the forest and set out one morning to cut down their first tree. One tree provided enough lumber for the three men to make an honest living for a whole month. The farmers were happy and so were the builders. And for every tree they chopped down, the three friends planted two baby saplings that would one day grow into mighty Mafumeira.

‘This is how we keep the forest healthy and happy,’ Adao would say with a smile each time he planted a sapling into the earth. ‘And if we take care of the forest then the forest will take care of us.’

Adao and his friends were happy in the forest. They loved their simple cabin and they enjoyed their labours. They only ever cut down one Mafumeira each month and they always made sure to plant the baby saplings in order to show respect for the forest. But then, almost without Adao noticing, things started to change.

Adao’s friends began to look at the trees in a different way. One asked, ‘Why is it that we only cut a single tree each month when we could be cutting many more?’

‘We could earn ourselves a great deal of money if we cut down more trees,’ said the other.

Adao was very distressed to hear his friends talking in such a way because he respected the forest and did not want to cut down more trees than they needed. But his friends would not listen and so they collected their savings and bought a big tractor and more cutting equipment.

They set out into the forest with their new equipment and began cutting down tree after tree. The mighty trunks fell to the ground one after another and as the forest filled with the crashing and tearing sound of the Mafumeira, Adao’s heart filled with sadness.

‘What are you doing, my friends?’ He asked. ‘We must not disrespect the forest in such a way.’

But the two friends would not listen; instead they chopped and stripped the trees and loaded them onto the tractor one after another. All they could think about was money; they did not care about the forest anymore.

The two friends became so skilled at chopping down the mighty Mafumeira trees that soon Adao was unable to replace the fallen trees with enough saplings. He knew that what his friends were doing was wrong but he was unable to stop them because they were blinded by greed. He felt that he was alone in his quest to prevent the forest from being destroyed and he was becoming disheartened.

But he was not alone. The spirit of Mafumeira was watching and listening, and the spirit was very angry that the trees were being cut down in such a disrespectful way.

That night, as Adao lay awake in his cot in the cabin, he heard the mighty trees stirring in the forest and was sure he felt a strange presence all around. On the breeze he could make out words whispered into the night.

‘You shall not treat the forest in such a way. You shall not go unpunished. I am the spirit of Mafumeira and I am here to protect and preserve the trees and animals.’

The next day, things did not go as planned for Adao’s friends. Both men awoke to a terrible pain in their stomachs and nothing they did seemed to ease the pain. Despite their discomfort, greed pulled both of the men from their cots and made sure that they collected the cutting equipment and prepared for the day ahead. But then the tractor would not start.

‘I don’t care about the tractor,’ said one. ‘I am still cutting down trees today.’

‘And I do not care about the pain in my stomach,’ said the other as he grabbed his axe and made ready to cut down the Mafumeira tree nearest to him.

Poor Adao pleaded with his friends to stop what they were doing and spend the day planting saplings in the forest, but neither of them would listen.

Just as they raised their axes, a mighty wind blew through the forest. The Mafumeira trees swayed and creaked and moaned in the wind and very soon a heavy rain began to fall. The wind and rain destroyed the cabin and overturned the tractor. Then one of the friends dropped his axe and cut his leg very badly. The wind grew stronger and stronger until there was nothing left of the cabin but a few torn planks. The tractor was washed away as a river nearby broke its banks and it was then that Adao’s friends suddenly grew very scared.

‘We must run from here!’ They screamed. ‘The forest has destroyed all of our equipment! There’s nothing left!’

The two friends ran out of the forest as fast as they could and never returned again. Despite fearing for his life, Adao stayed where he was and allowed the winds to push him and the rains to fall on him and soak his clothes to his skin until he was cold and battered and bruised.

‘I will not leave the forest!’ He cried out at the top of his voice. ‘I will stay and plant new saplings to replace the trees that my greedy friends chopped down! I shall stay and do this until I die and nothing will change my mind!’

Then, all of a sudden, the winds died down and the rains came to an abrupt stop. The clouds cleared and the sun came out and dried up the forest floor.

Adao was very grateful that the storm was over, and as soon as he recovered his wits and dried his clothes he set about planting new saplings in the earth. He worked hard all day and sang to himself the whole time. He planted many saplings and each time he did so he prayed that the sapling would grow into a mighty Mafumeira tree.

All day and all night, Adao worked in the forest planting his saplings until he was too tired and too hungry to work any longer. He grew afraid because he was exhausted and in need of food and shelter, and remembered sadly how the cabin was destroyed by the storm. But when he returned to the clearing he was amazed to find his little cabin standing there unharmed, a small fire in the hearth and a modest meal on the table.

Adao knew then that the spirit of the Mafumeira had created the storm, just as it had returned his cabin to him. The kind man sat down to his dinner and looked into the fire with watery eyes.

‘I shall continue to plant new saplings here until I am no more,’ he vowed to himself. ‘And I shall only ever cut down a single Mafumeira tree each month because that is all that I need.’

And that is exactly what he did. They say that Adao lived for almost one hundred years and that he took his last breath in the forest. They say that his spirit joined the Mafumeira, just as all others who passed away in the forest have. These spirits help to protect the beautiful forest from all those who would disrespect the trees and the animals within.

That is the legend of Mafumeira and that is why it is important to preserve and respect the forests of the world.