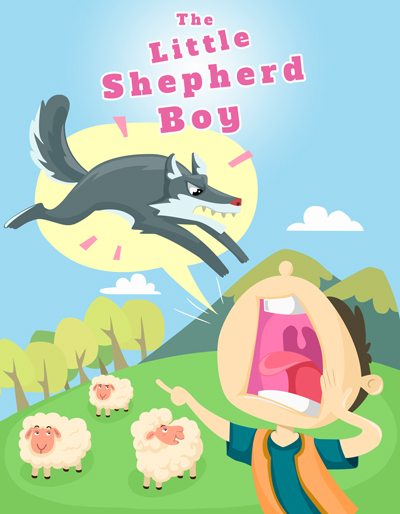 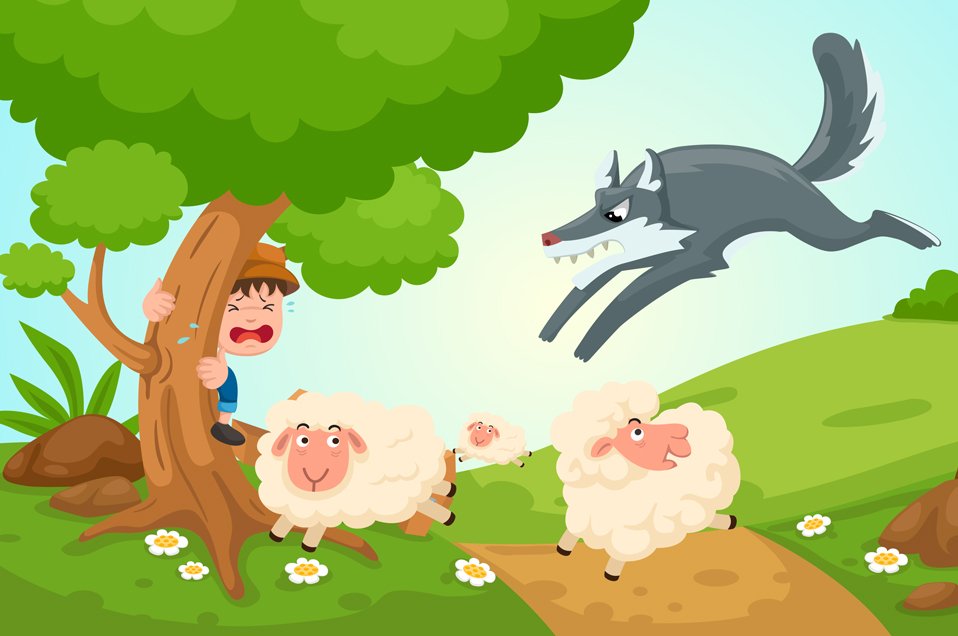 Peter was a young shepherd boy. He looked after lambs and sheep.

He stayed on the hillside with his flock every day, from morning until evening. It was a long day, and Peter would often get bored.

First, he would play his flute, but he soon got bored.

Next, he would build a house of big stones, but he soon got bored.

Then he would float leaves on the stream, but he soon got bored.

The days seemed so very long.

One day, Peter had an idea. He wanted people to come and talk to him.

He called out loudly: “Help! Help! The wolf is here!”

The farmers were working in the fields nearby. They came running to save the boy.

Peter burst out laughing. “Ha! Ha!” he laughed, “There isn’t really a wolf.”

The farmers were cross.

Later in the afternoon, Peter got bored again.

The farmers came running a second time. This time, they were very cross when they found Peter laughing.

That evening, a wolf came.

Peter called out in fear: “Help! Help! The wolf is here!”

No one believed him. No one came.

The wolf stole two lambs and frightened the sheep.

Peter got into trouble with the farmer and was scolded.

“If you tell lies,” said the farmer, “then no one believes you when you tell the truth.”