How the Old Woman Got Her Wish Anonymous 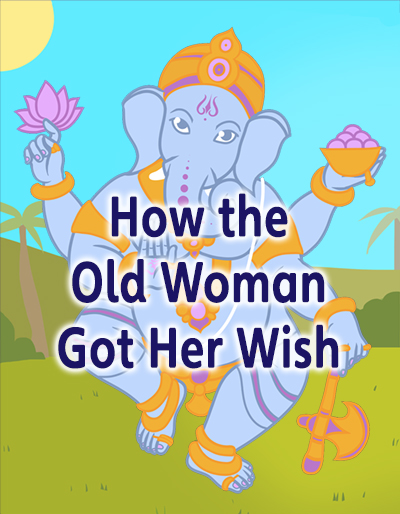 How the Old Woman Got Her Wish 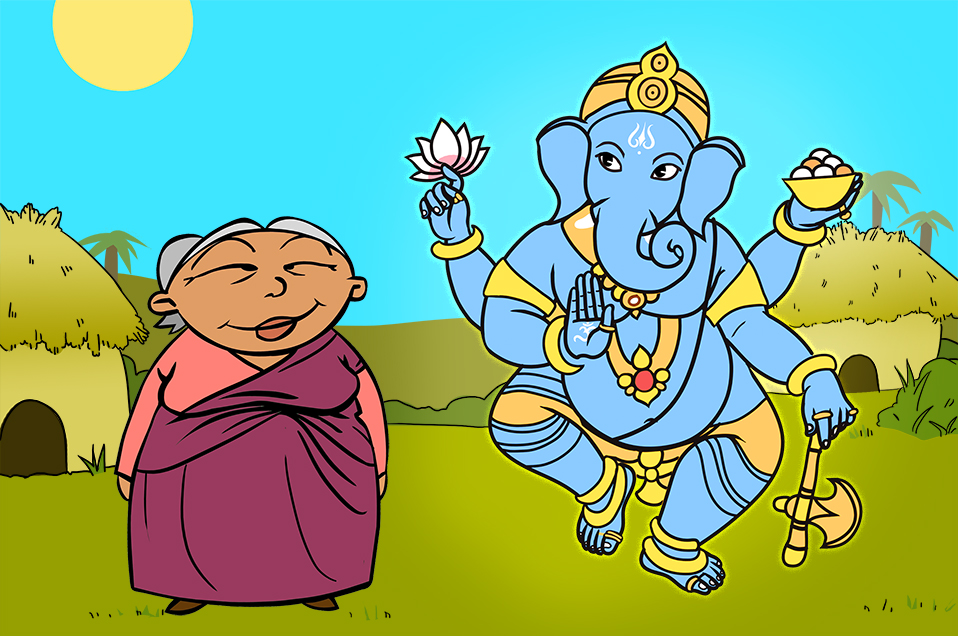 How the Old Woman Got Her Wish

A Story from India

A long time ago a blind old woman lived with her son and his wife in a small village in South India. They were very poor.

The old woman was very religious and prayed every day. And one day, her god, the elephant god called Ganesh, said to her 'Old woman, I am listening to your prayers and I will grant you one wish. So tell me what you want. I will return tomorrow for your answer.'

The old woman replied, 'But I don't know what to ask for.'

Ganesh said, 'Then ask your son and your daughter-in-law for advice – they may be able to tell you what to ask for.'

The old woman thought about this and decided that it was a good idea.

When she asked her son, the son replied, 'Amma, our land is poor and we are struggling to grow enough to feed ourselves, so please ask for gold that we can sell to buy food.'

The old woman considered their advice and said to herself, 'They have told me what they want, not what I want. So let me ask my neighbour. Let me see what she says.'

So the old woman went to her neighbour and said, 'Ganeshji has told me to ask him for something. What do you think I should ask him for?'

The neighbour replied, ‘Don’t ask for what others want. Why don’t you ask for your sight, so that you can see again?'

But the old woman was kind and generous. Although she desperately wanted to see the blue sky and the green trees again, she really wanted to give her son and daughter-in-law what they had asked for as well. So she thought long and hard about what to say to Ganesh when he returned the next day.

The next day, Ganesh appeared again and said, 'Ask me for something, old woman. Have you decided what you want?'

The old woman had made up her mind. She knew exactly what she wanted. She replied, 'I want to see my grandson drinking milk from a golden bowl. Give me that.'

Ganesh laughed and replied, 'Old woman, you have tricked me! You have asked me for everything! But as you have made me laugh, I shall grant you your wish.'

So Ganesh gave her what she wanted and the wishes of all three, the old woman, her son, and her daughter-in-law, were granted.