The Drop of Honey David Heathfield 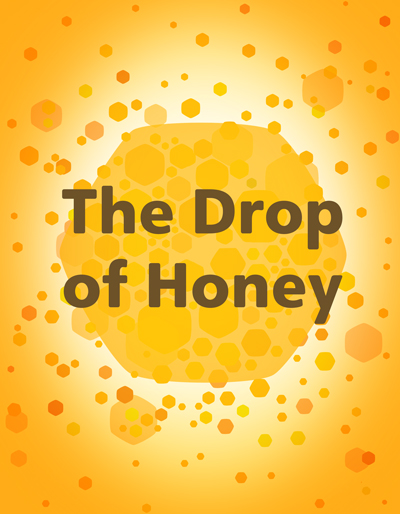 The Drop of Honey 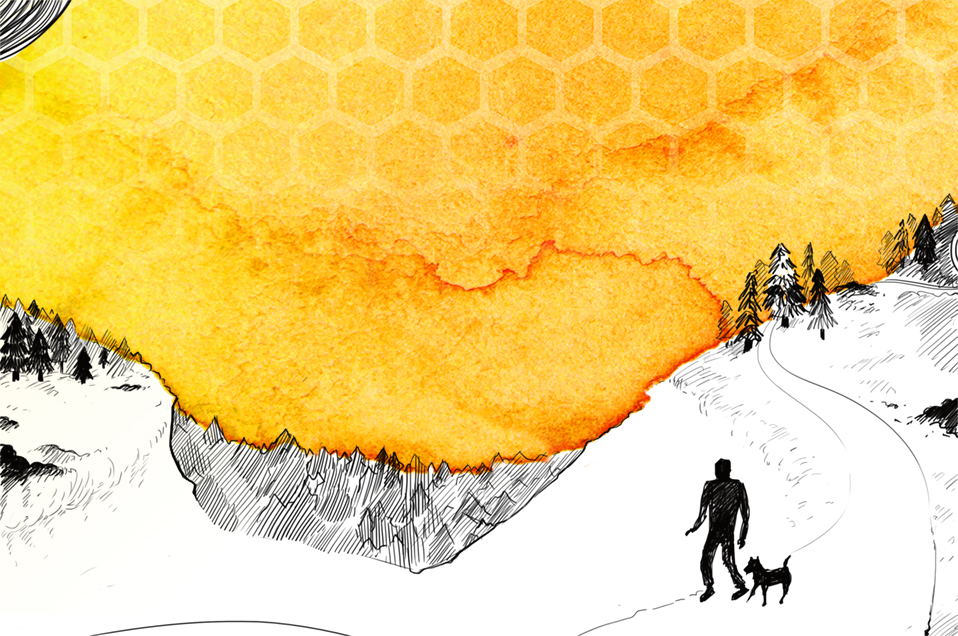 The Drop of Honey

Long, long ago this story was told. It has been told ever since, and here I tell it to you today ... the story of the drop of honey.

A hunter and his hound, high in the desert mountains, found a cave. The hunter in the cave found a hollow and the hollow was filled with the most beautiful, clear honey.

He took his waterskin and filled the waterskin with honey and left the cave and came down the mountains.

He was not in his own land.

And there in the town that he entered, he saw an oil seller. And he went into that stall and offered his honey for sale – perhaps an exchange for some oil? And the oil seller was intrigued.

As he was tasting the honey, one drop of honey fell upon the ground.

Some flies buzzed, swarming around the honey. And as they swarmed there, some birds flew down to peck and eat the insects. But as the birds flew, darting among those insects, the cat that belonged to the oil seller leapt upon a bird and killed it. And as the cat leapt upon the bird, the hound of the hunter leapt forward and killed the cat.

The oil seller, full of fury, kicked the hound so hard that the hound was killed.

The hunter drew his hunting knife and plunged it into the chest of that oil seller.

Those who were outside the stall came rushing in. They beat that foreigner to death.

Word reached the people – in the hunter’s own land – of his murder. They sent people from his village over the border and they killed many of the men of that town.

When the king of that land heard about this sortie, he gathered a great army and waged war against his neighbour. And the kingdom retaliated.