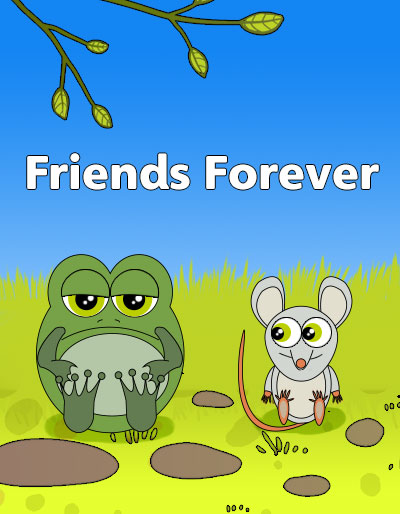 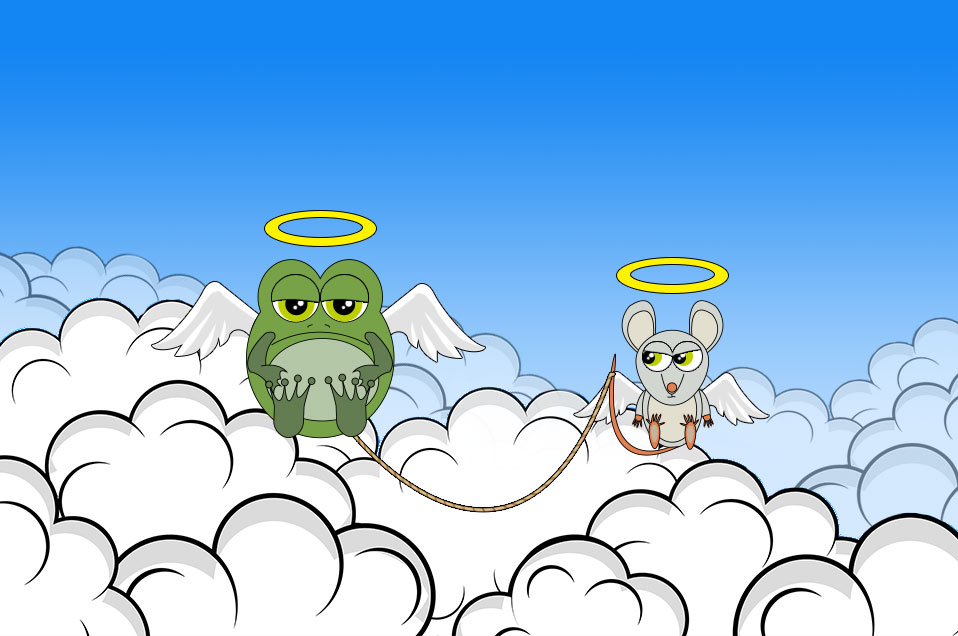 An Akan Story from Ghana 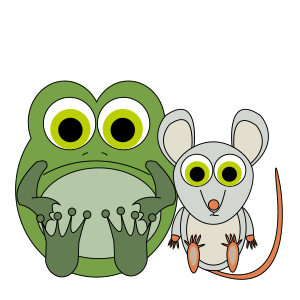 There once lived a mouse and frog who were very good friends. Every morning the frog would go to visit the mouse who lived in a hole inside a tree. The mouse very much enjoyed the company of the frog, but the mouse did not realise that the frog was growing increasingly frustrated because it was always him who had to visit the mouse and never the other way around.

The lazy little mouse did not know it at the time, but he was slowly making an enemy of his good friend, the frog.

One afternoon, when it was time to return home, the frog decided that he had had enough of this one-sided friendship. And so the frog tied one end of a piece of string to his leg, and then tied the other end of the piece of string to the little mouse’s tail without him noticing.

The frog waved goodbye to the mouse and then dived into the pond at the foot of the tree far below. All at once, completely to his surprise, the string pulled tight on the mouse’s tail and he was dragged from the safety of his tree and sent tumbling into the air towards the pond below. Splash!

The poor little mouse could not swim, and as much as he struggled and struggled to free his tail, he could not untie the piece of string. After much splashing and struggling, the poor mouse finally drowned in the pond.

‘That will teach you to make a fool out of me, you lazy mouse,’ thought the frog.

But this misdeed did not go unnoticed: high up in the sky, a hawk spotted the little mouse floating in the water below. And so the hungry hawk swooped down towards the pond to grab the little mouse for its dinner.

It was only when the hawk grasped a hold of the mouse with its sharp talons that the frog remembered he was still tied to the mouse by the piece of string.

Up, up into the sky went the frog, until the hawk came to rest in the tallest branch of a nearby tree. It was then that the frog realised the error of his ways. In setting a trap for his friend, the frog had also set a trap for himself and sealed his own fate. And now he too would be eaten by the hawk because of his wicked plan.

There is an old African proverb that goes ... ‘Do not dig too deep a pit for your enemy because you may fall into it yourself.’