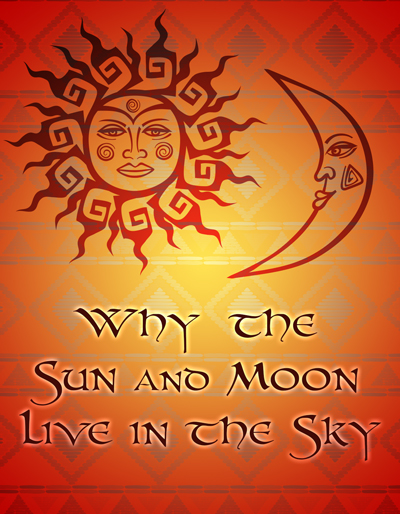 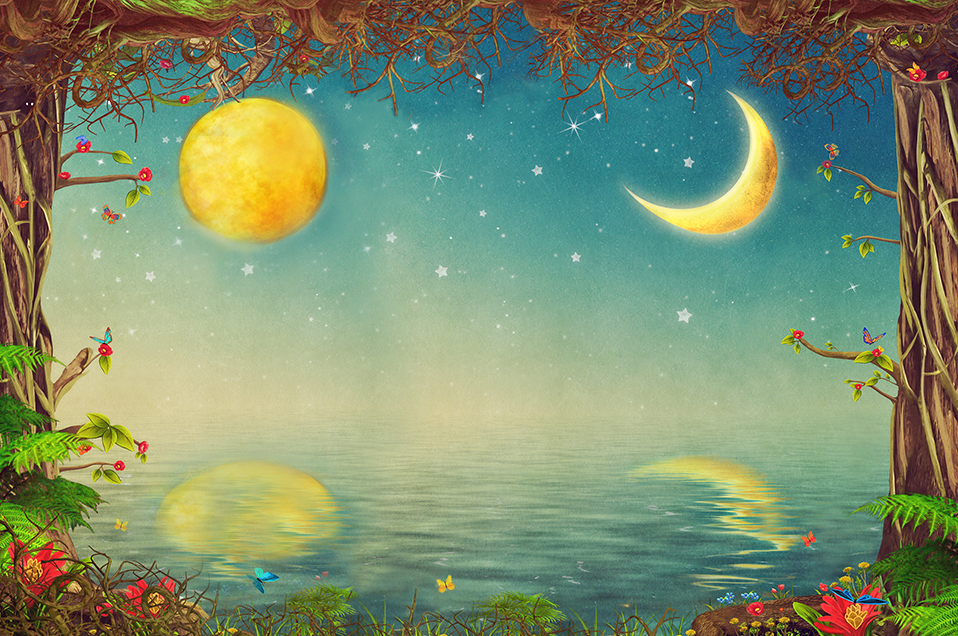 Many years ago, the sun and water were great friends, and they both lived on the earth together. The sun often used to visit the water, but the water never returned the visits.

At last, the sun asked the water why he never visited. The water replied that the sun's house was not big enough, and that if he came with all his people, he would drive the sun out of his home.

The water then said, 'If you want me to visit you, you will have to build a bigger house. But I warn you that it will have to be very large, as I have many relatives and friends and we take up a lot of room.'

The sun promised to build a huge house, and soon afterwards he returned home to his wife, the moon, who greeted him with a broad smile.

The sun told the moon what he had promised the water, and the next day they began building a large house to entertain the water and all his family and friends.  When it was finished, the sun asked the water to come and visit him.

When the water arrived, he called out to the sun and asked him whether it would be safe for all his family and friends to enter, and the sun answered, 'Yes, you may all come in.'

The water began to flow in, followed by the fish and all the other water animals.

Very soon, the water was knee-deep in the house, so the water asked the sun if it was still safe, and the sun again said, 'Yes, please come into my house.' So the water and all his family continued to come in.

When the water was at the level of a man's head, the water said to the sun, 'Do you still want more of my people to come?'

Not knowing any better, the sun and the moon both said, 'Yes, the more the merrier.'

… and they have been there ever since.