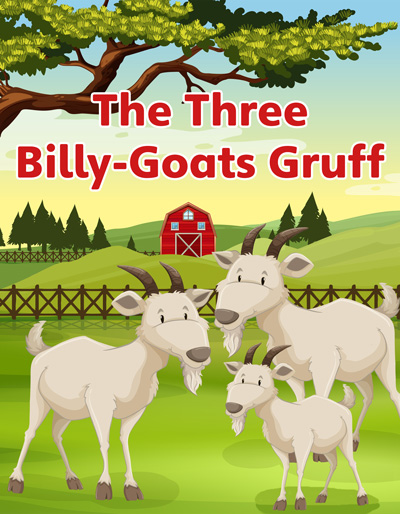 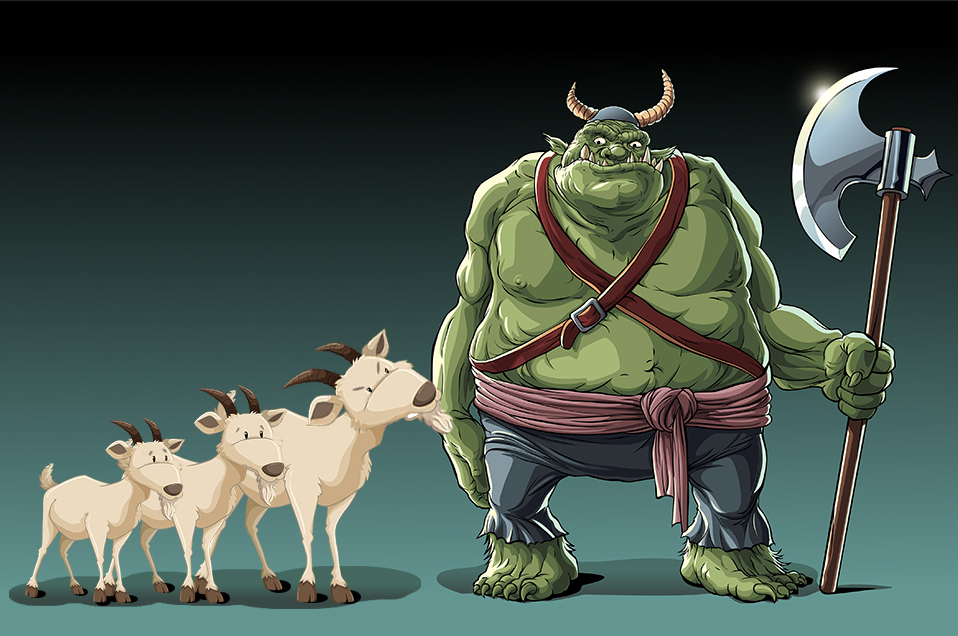 Once upon a time there were three Billy-Goats Gruff; Little Billy-Goat, Middle-Sized Billy Goat and Great Big Billy-Goat, who lived in a field in a green valley.

They loved to eat sweet grass, but sadly their field was now brown and barren because they were greedy goats and they’d eaten every last blade of grass.

But they were still hungry.

In the distance, they could see a field that was full of lush sweet scrummy grass, but alas there was only one way to get to it – over a rickety bridge over a stream.

But under the bridge lived a terrifically terrifying terrible troll called Trevor – he was always hungry too. And there was nothing he liked better than to eat a nice juicy billy-goat.

The Little Billy-Goat was the first to reach the bridge. Gingerly, he put one hoof and then another onto the bridge.

But because it was so rickety, however hard he tried, his hoof still went trip trap, trip trap on the wooden planks.

Suddenly there was a huge roar. 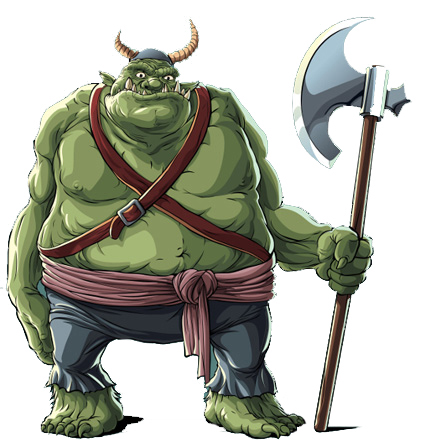 ‘Who’s that trip trapping over my bridge?’

And out from under the bridge loomed the Troll.

Quaking in his hooves, Little Billy-Goat Gruff managed to squeak, ‘It’s only me. I’m only going to look for some grass to eat.’

‘Oh no you’re not! I’m going to eat you for my breakfast, lunch and tea!’

So the greedy Troll decided to wait and Little Billy-Goat Gruff skipped over the bridge and began to eat the fresh green grass on the other side.

The other goats saw Little Billy-Goat Gruff eating the fresh green grass and were jealous because they wanted some too.

So Middle-Sized Billy-Goat Gruff went down to the bridge and began to cross the stream.

Trip, trap, trip, trap went his middle-sized hooves. Again the Troll loomed out from under the bridge.

‘Who’s that trip trapping over my bridge?’ he roared. 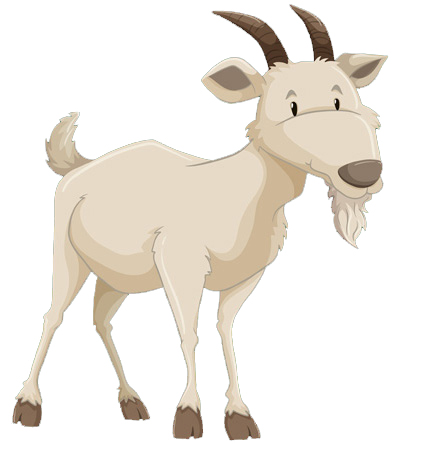 Quaking in his hooves, Middle-Sized Billy-Goat Gruff managed to say in his softest voice,

‘It’s only me. I’m following my brother, Little Billy-Goat Gruff, so I can eat the sweet grass.’

‘Oh no you’re not! I’m going to eat you for breakfast, lunch and tea!’

‘Oh no, Mr Troll, you wouldn’t want to eat me. I’m not big enough to fill you up. Wait until my big brother comes along – he’s much tastier than me.’ 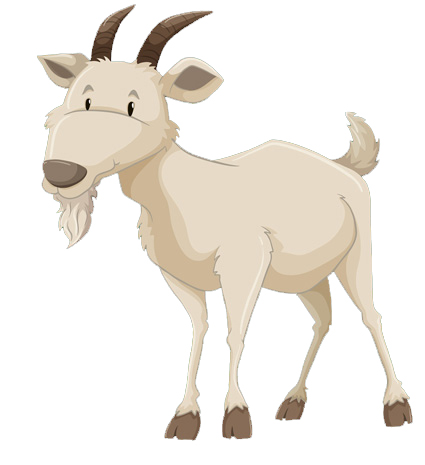 Big bold Billy-Goat Gruff was jealous and couldn’t wait to get across the bridge and join his brothers.

So boldly, he put his hooves onto the bridge.

Suddenly the Troll loomed out from under the bridge.

‘Who’s that trip trapping over my bridge?’ he boomed.

‘It’s me. Big Billy-Goat Gruff. Who do you think you are?’

‘I’m the Troll and I’m going to eat you for breakfast, lunch and tea!’

Then the Troll rushed at Big Billy-Goat Gruff who bent his head and bravely charged at the Troll, catching him up in his horns and tossing him into the stream below.

The Troll disappeared under the rushing water, never to be seen again.

From then on, anyone could cross the bridge and enjoy the sweet green grass with the Three Billy-Goats Gruff.