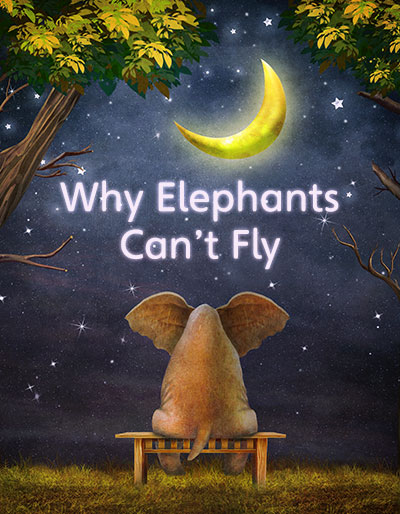 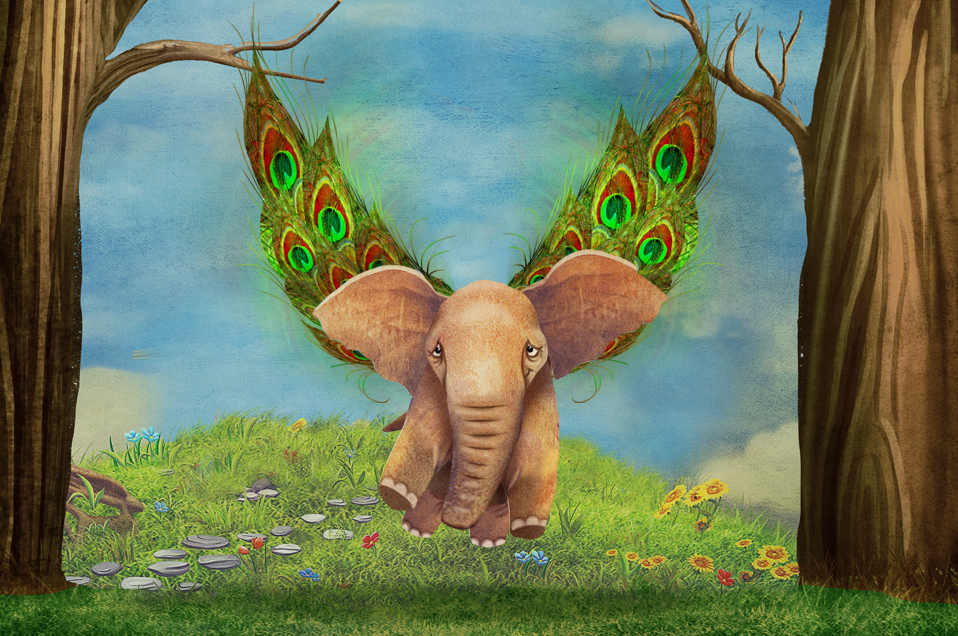 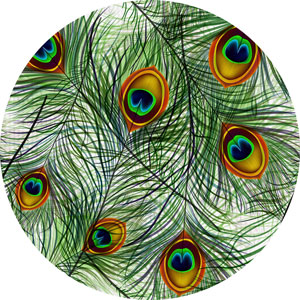 A long time ago, much longer than most people can remember, elephants could fly! They had four enormous wings and they whizzed through the sky so fast that it amazed the other animals. But these big beasts were sometimes also stupid. But shhh… the other animals would keep quiet about it and never discuss it.

Because the elephants were so strong and so fast, God decided to take their help. He could ride on these big beasts and they could help Him to put the finishing touches to the world. In a moment He could be in China and from there, within the blink of an eye, He could zoom off to Iceland! And these elephants were so strong that they pushed and pushed at mountains and icebergs, shifting them until everything in the world was perfect. For example, they helped God to put the Himalayas in India – and in Tanzania, they had Mount Kilimanjaro. By riding on these elephants, God sorted the whole world out and made it absolutely perfect.

Once this big job had been completed, God told the elephants that they could have a permanent holiday. Uh… that is, until He had something else for them to do. Now the elephants did not have very much to do. Then do you know what happened?

They were definitely the most important!

The elephants chattered idly to each other. ‘Look at that peacock,’ they would say unkindly. ‘See how ugly and brown his little wings are compared to ours!’ And they would always make sure to raise their voices high so that the little peacock could hear their mean words. And the poor peacock, who was kind and humble at heart, could not disagree with the elephants. He thought, ‘The elephants are right. I am small. My wings are not beautiful like those of the fairies and nor am I strong like the elephants.’

As time went on, the elephants began to pride themselves. They began to think that they could do whatever they wanted. The greedy elephants would take all the bananas from the banana tree, leaving none for the other animals. The other animals were sad because they did not get even one banana for their meal. And you know what the elephants did with these bananas in their trunks?

The elephants would come down into a village, any village they liked – and they would spread their wings like a carpet and sit down to have their picnic. The whole village would be squashed under the weight of the elephants. The houses would be flattened and the fields would be ruined and the villagers would be deeply upset.

The poor villagers were very angry at the destruction of their homes, and the animals with their empty stomachs were also very cross. And so God decided enough was enough. These proud and greedy elephants had gotten far too big for their trunks, and needed to be taught a lesson!

God invited all the elephants for a chat. He said to them, ‘Oh mighty elephants, listen to Me. I am very grateful to you for helping me make the world perfect. So I want to throw a party. Only for the elephants.'

All the elephants were very happy. One elephant said to another, ‘See! Even God can see how strong and brave we are – how much we have helped Him. It is right that He should have a party just for us!’

So the greedy elephants, all puffed up with pride and confidence, turned up to the feast one by one. As promised, God had found the best food, and there were mountains of it! Bright yellow bananas, deep red pomegranates, tangy guavas, juicy mangoes… whatever fruits you could imagine, they were there. The greedy elephants were delighted. And they ate it all up. Every last bit.

By the end of the meal the elephants were so full that one by one they dropped off to sleep, surrounded by discarded banana peels and mango skins. This was the moment God had been waiting for. When the last elephant had closed his eyes, God took out a very big knife. Quietly, He went to each elephant and chopped off their wings. And He gave these beautiful wings to the little peacocks. The little peacocks were so happy that they ran into the forest to sing and dance.

Have you seen the peacocks dance, all around the trees?

Yes, I’ve seen the peacocks dance, all around the trees.

And now think of the elephants. When the elephants finally awoke from their long sleep, they were shocked to see the beautiful peacock swishing his impressive feathers at them. They were really, really angry. But God had no time to listen to their complaints. Instead He said, ‘I want you elephants to become nicer, kinder. I want you to use your strength and help the villagers to re-build their houses.’

The elephants felt very ashamed of what they had done. They resolved to help the villagers as much as they could. So even today, in every village, there are elephants that come and go, helping people as they pass by.