The Bus to School Anonymous 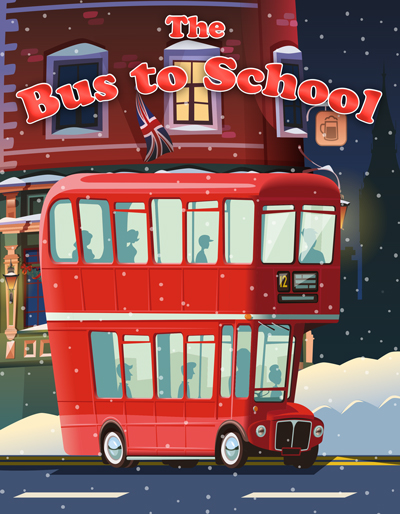 The Bus to School 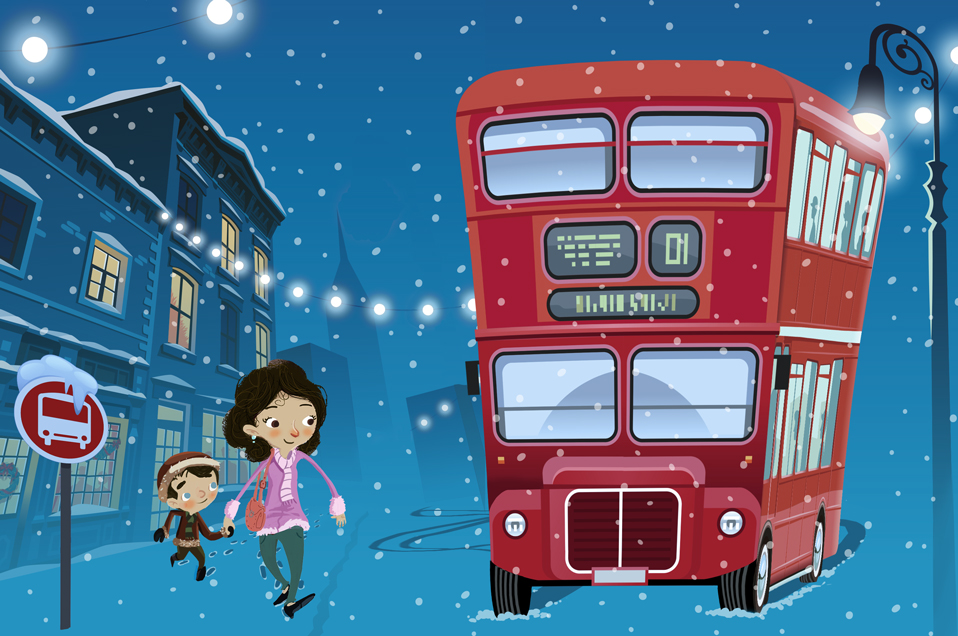 The Bus to School

The thing which Joaquin liked the most about England was the bus. He and his mother caught the bus every day to go to Joaquin’s new school. He liked looking around at the different passengers.

One of Joaquin’s favourite passengers was a lady with white hair. She carried a little brown dog in her bag. The lady said that the dog was nervous. Joaquin always made sure to pat it gently.

Joaquin didn’t know much English, but his mother knew a lot. When they got on the bus, she would ask for the fare. The bus driver would print out their tickets.

Every morning she would say, ‘Two returns to Blackfriars.’ When they got off the bus, she would make Joaquin say ‘thank you very much.’ The words felt unfamiliar, but he got used to pronouncing them, with practise.

Most of the students at Joaquin’s school were English. He often sat alone at the side of the classroom. His teacher was friendly, but Joaquin was shy. He gave one-word answers and didn’t raise his hand. He worried about saying something wrong in English. He disliked getting his grammar mixed up or mispronouncing something. Joaquin wanted to perfect his English before he spoke it, but he never took the chance to practise.

At the beginning of December, Joaquin’s mother caught a cold. She dressed herself and Joaquin in thick clothes. She wrapped a long scarf around her neck. Joaquin had been cold before, but British winters were bitter and dark.

The wind bit his fingertips. As they walked to the bus stop, his mother shivered and coughed. Joaquin gripped her cold fingers.

The bus arrived, and they waited for the other passengers to get on. Joaquin’s mother coughed again and said, ‘Ask for the fare, Joaquin.’

Joaquin took a deep breath. He stepped onto the bus and looked around. As usual, there were lots of people. They were distracted by their phones or books. The old lady and her dog were the only ones looking up. The lady smiled at Joaquin.

With a little burst of confidence, Joaquin looked up at the bus driver and said in his most polite voice, ‘Two tickets to Blackfries.’

The bus driver looked down at him, confused, ‘Blackfries?’

Joaquin felt his face go red, ‘To Blackfries. My school is at Blackfries.’

‘Do you mean Blackfriars?’

Some of the other passengers looked up from their phones. They seemed annoyed with the delay Joaquin was causing. Once Joaquin’s mother had paid for their tickets, he grabbed her hand and hid his face.

Joaquin felt ashamed. He had tried to help his mother, but he had failed. Sniffling, Joaquin stared at the floor for the rest of the journey. When they got off the bus, Joaquin didn’t say ‘thank you’ to the bus driver like he usually did. His mother had to thank the driver herself.

For the rest of the day, Joaquin was even quieter than usual. He didn’t try to speak to his teacher, even though she encouraged him to. He couldn’t bring himself to speak in case he made another mistake.

When Joaquin’s mother collected him from school, she was feeling better than she had felt that morning.

She smiled at Joaquin as he hugged her, ‘Did you have a good day?’

His mother knelt beside him and stroked his hair gently, ‘Joaquin, what’s wrong?’

‘I’ve been feeling shy and worried all day about my English. I tried to help you, but I couldn’t do it. I want my English to be perfect, but I find it scary to speak. It would be so easy if everyone in England spoke Spanish or something I could understand. It’s too hard. I want to go home.’

When Joaquin paused to wipe his tears, she said, ‘It’s okay, my love. Learning new things takes time. I understand that. You are a good boy for wanting to help me. Thank you.’

She kissed him on the forehead, ‘You don’t need to be perfect. No one is perfect. You just need to be confident.’ She smiled, ‘You are doing so well, and I am proud of you. Don’t give up, Joaquin.’

On their way to the bus stop, he thought about his mother’s words and realised that she was right. Even the best people mess up sometimes and make mistakes. Joaquin supposed that what made them the best was that they got up and tried again the next day. If he sounded confident and held his head high, then he could do anything.

The bus arrived to take them home. The bus was full again, and Joaquin noticed people in suits, school children, and ladies with dogs, all of them speaking to each other or on their phones. They talked with confidence, and if they made a mistake, they would laugh it off.

When they reached their stop, Joaquin and his mother got off the bus, and Joaquin turned around to the bus driver with a bright, confident ‘Thank you!’

The bus driver smiled and thanked him back. As Joaquin and his mother walked home, he decided that mistakes weren’t so bad after all.